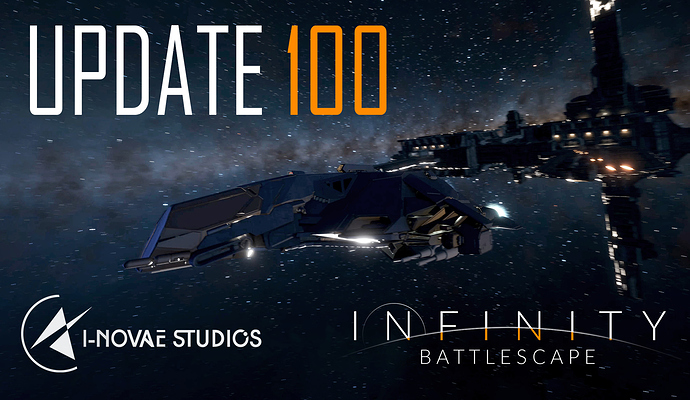 Hey everyone, it’s time for your weekly update! As promised this has been an exciting week. We released our new weapons patch last Sunday. You can read the full patch notes on our forums but to give a brief overview: We have new weapons, you can now create weapon groups, new explosion effects, new HUD icons, turret improvements, final destroyer geometry, different damage types, better warp, and numerous bug fixes. One of our community members, Playbenni, created a video showing off some of the new patch features. Needless to say, our goal of having “massive space battles” is starting to be realized.

In other, less exciting news we’ve also rolled out some backend improvements and CDN support. This backend patch should solve issues with slow downloads for people who are living outside of the U.S. as well as problems that prevented Chinese players from being able to download. We’re delighted to announce that our next Alpha backer weekend will start next week on Friday, March 9th at around 9am EST. In the interim we’ll be releasing one or two additional patches to make additional improvements based on feedback we’ve gathered from the latest patch. 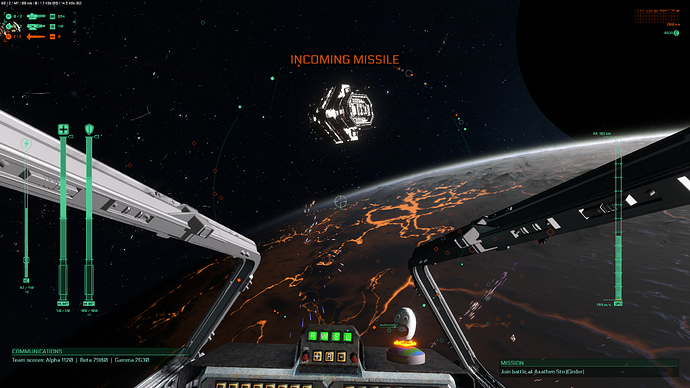 Looking toward the future, after the Alpha backer weekend, we’ll be focusing on finishing up capital ship weapons, including anti-missile systems, and then shifting focus to the core game loop. The core game loop includes radar/sensors, the resource system, win/lose conditions, and re-arming/repair. Basically, once the core game loop is finished we’ll be entering the home stretch for our full Alpha release. This is going to take a couple of months but I think we’re still on track for release sometime in the first half of this year. During this process we will, of course, be releasing incremental patches as new features are implemented. That’s all for this week, we’ll send out reminders next week for the Alpha backer weekend.

Will you be sending reminders about Alpha backer weekend as an regular KS update or from inovaestudios.com?
I’ve been seeing from time to time some Alpha backers that are popping in and asking what is going on. Which means that they don’t read emails with updates sent by KS. Not sute why. Is it because they are treated as a spam?
Any way, an email sent from inovaestudios.com could reach more backers so more people could participate in Alpha backer weekend.

I second this, use more communication channels and do it in advance as well.
Same for the streams that will inevitably happen.

If it is already next weekend, SEND ONE NOTICE OUT NOW and a reminder 2 days before it starts. First is important for people to adjust their plans for the next weekend. Second is important to catch those who are more spontanious and/or have already forgotten about it.

USE ALL CHANNELS, both via Kickstarter mail, Inovae mail to all registered Alpha+ backers, Twitter, Facebook etc. All channels for each major play opportunities / alpha/beta releases, from now on each time every time!

PS: If we have a pre-playtest or meetup this weekend ( or 2 or 3 ) please point me towards it. Did not yet have time to properly test the new stuff but i am patched up.

EDIT: Oh, and congratulations on the 100th weekly update.

Small correction: the new warp is a WIP, and isn’t included in the latest patch yet. But should come before the alpha WE.

PS: If we have a pre-playtest or meetup this weekend ( or 2 or 3 ) please point me towards it. Did not yet have time to properly test the new stuff but i am patched up.

Information for another Informal community Event Below. I-Novae Community Event Sunday, March 4th 2018 : Casual in game Meetup “No.3” Event Time… 20:00 Sunday, Coordinated Universal Time (UTC) World time Buddy Event http://bit.ly/2HSzUdF The event will officially run for 1 hour I may host an official I-Novae stream for the event (may be private as a trial run) Event Schedule

Join the Red Team The Gathering: Spawn a small ship and meet up with everyone in game. (Lo…

It would be more flight immersive if hud is part of the cockpit insted of monitor/pilot’s head.
This way feels arcadish and old fashioned.
FM and physics are excellent in terms of sim so this desn’t quite fit in it.
Just my opinion, keep up the good work!

Several friends who play games with “immersive huds” have been looking at videos from this and telling me how much more useful, practical and gameplay focused the UI looks so far compared to what they’re used to. It would be a significant tradeoff in gameplay.

I would love to have the informations on the cockpit screens.

Problem is, those screens aren’t visible in the default view, so you’d have to look around in order to see the information. That’s not very practical for important information, so we could only render second-rate information on these screens.

I love to look around in the cockpit. It also add a great sense of scale

For larger ships (atm just the corvette), where you would rely more on your turrets etc to make up for your lack of mobility, I could see having the screens display relevant information. Indeed, I would say that at least some info be displayed on all the screens, if for the only reason that it would look weird if left black. However for the interceptor, which relies more on twitch gameplay, more time looking at screens is less time looking at where your guns are pointing. Therefore, I would advocate for a minimalistic, focused HUD, such as the current direction that the HUD is now heading, and look at adding screen displayed info until afterwards.

I really like appearance of cockipt instruments in IBS (it remindes me of Alien movies), but yeah it would be pain in the axx follow information on them while engaged in combat (small screens).
I guess alternative would be Hud similar with current but fixed to front canopy glass.
Anyway it’s not something that will bother me, last alpha weekend i barely noticed it immersion wise.
Just want to help with suggestions, i know IBS physics and FM could attract many flight simmers who fancy space sims.

@INovaeFlavien @INovaeKeith Are you deliberately waiting for the last possible moment to send out public messages that the Alpha Backer weekend is this weekend already?

You have not yet sent any email to the Backers., and the only mention that went through the Kickstarter emails is well hidden and burried in an easily overlooked paragraph in a regular weekly update message.

I do not think anyone who is not already regularly hanging out in the forums or Discord has any idea that the Alpha Backer weekend is coming, and is already this friday. If you want participation, get the news out already.

I do not think anyone who is not already regularly hanging out in the forums or Discord has any idea that the Alpha Backer weekend is coming, and is already this friday. If you want participation, get the news out already.

Yesterday even I was questioning myself if the Alpha play test weekend will be this weekend.