A minor patch addressing a few issues from the previously released one: 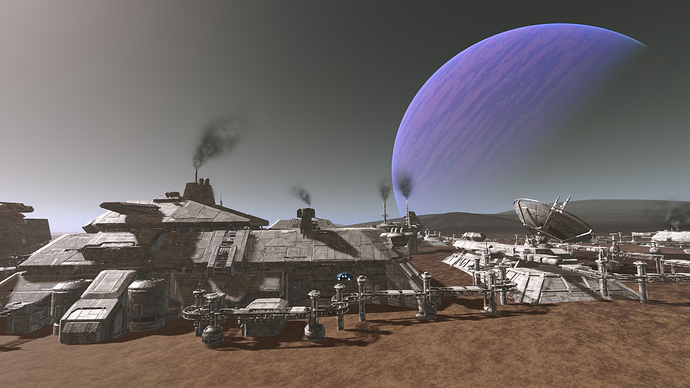 This is an intermediate patch right before our alpha play-test week-end tomorrow ! As such, it contains a bunch of fixes ( including the crash bugs hotfix from last version ) and improvements. A new version with more polishing and tweaks will be released tomororw, so I would suggest to only download patch 0.2.3.0 if your connection is fast and don’t mind to have to re-download another patch tomorrow

Still it would be helpful if a couple people could download this patch and test that the crashes from the previous version have disappeared, prior to making the game public tomorrow. They typically happened when players were in close range and selecting targets ( NPCs or players ), especially related to this target dies. As usual, if you experience any crash, please report to the forums with the entire log file, thank you !

The alpha play-test week-end is starting today 10 November at 20:00 GMT and will end around the same time on Monday 13 November. Pease keep in mind we’re still in pre-alpha and that you might encounter technical issues, framerate drop or server crashes. We’ll be working diligently all week-end long in order to address these issues are they come.

For all issues pertaining to the installer / patcher or access rights to the play-test ( make sure you’ve pledged at the alpha backer level or above ), please contact INovaeKeith by private-message on the forums:

For in-game issues, crash reports or gameplay feedback, feel free to contact INovaeFlavien by PM on the forums.

Alternatively, you can post your feedback in the appropriate threads on the forums ( we’ll read everything, although with a bit of delays due to the busy week-end ) or send us an e-mail at: contact (at) inovaestudios.com

Thanks everybody for your participation and support. We hope you’ll enjoy this test week-end and look forward to hearing from you ! 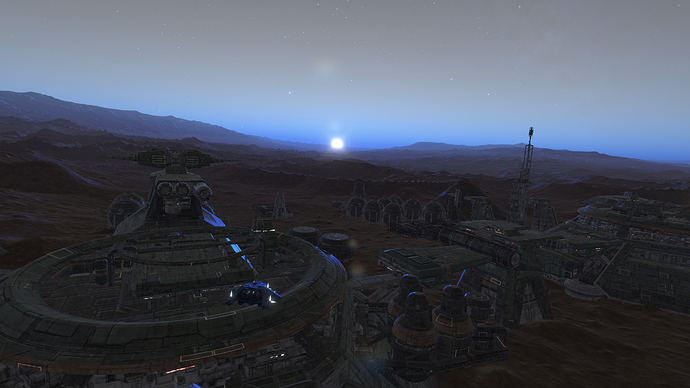 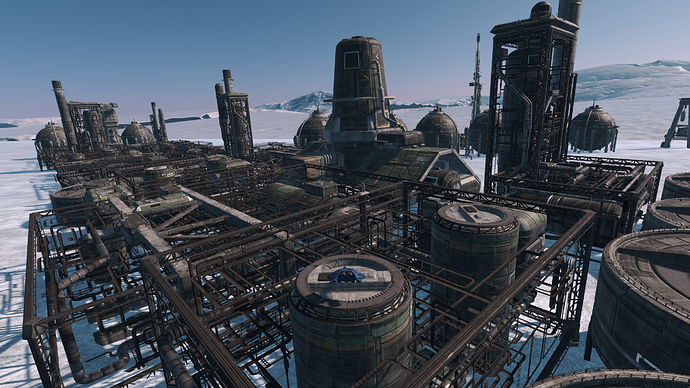 This patch introduces the new weapons systems and damage model. In-depth explanations about weapons can be found in the following post:

Patch 0.2.5.0 introduced new weapons systems and features, and some of it might require some functional explanations, so here we go. Until then, we had one weapon ( the old “gun” effect ) which damaged shields then armor / hull. The amounts of damage on shields and armor was identical; shields were basically just a secondary health bar, slowly recharging over time. This weapon consumed energy and that’s it. For the full patch notes, see this post: https://forums.inovaestudios.com/t/patch-and-…

… therefore, this patch note will simply be a summary. 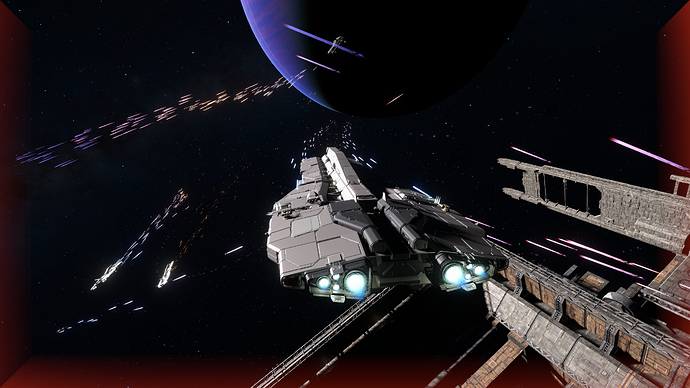 This patch iterates on the previously released major version 0.2.5.0 which introduced the new weapons system.

Welcome to the latest alpha play-test week-end. We’d like to remind you that we’ll be hosting two community events during this week-end:

You can join our public Discord here: https://discord.gg/0ZdJkZXn7z3Ij6tV

If you have any trouble installing or running the game, feel free to post or leave us a message on our forums: https://forums.inovaestudios.com/

Finally, one of our artists, Dan Hutchings, will be streaming in our youtube channel ( https://youtu.be/bZwKAE1OZkk ).

And remember, this is a pre-alpha, so it still looks bare-bones (untextured ships, placeholder effects…). Expect issues, but most importantly: have fun !

We’re hoping to see you in game, 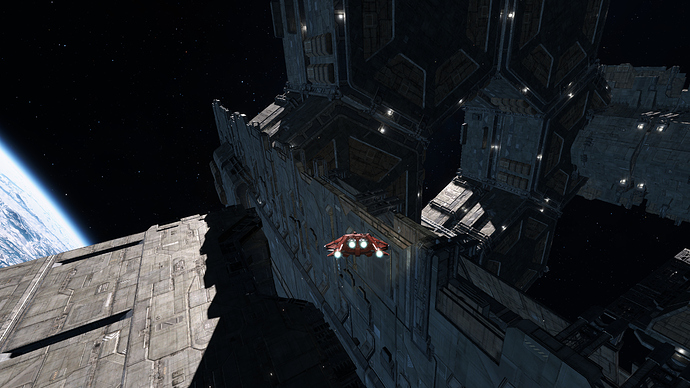 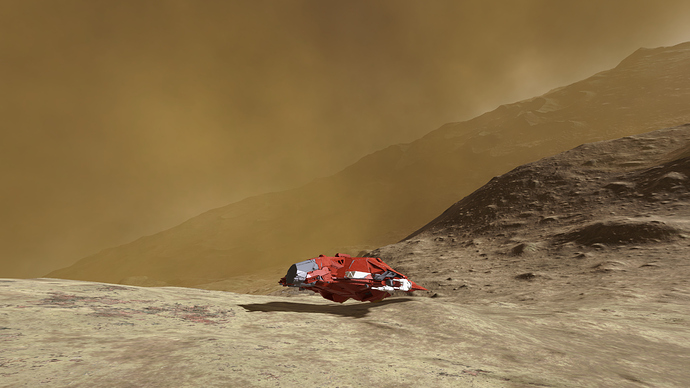 This new patch includes a couple of quality fixes for planets and projectile effects, as well as massive improvements to the input system, including better support for controllers and HOTAS. 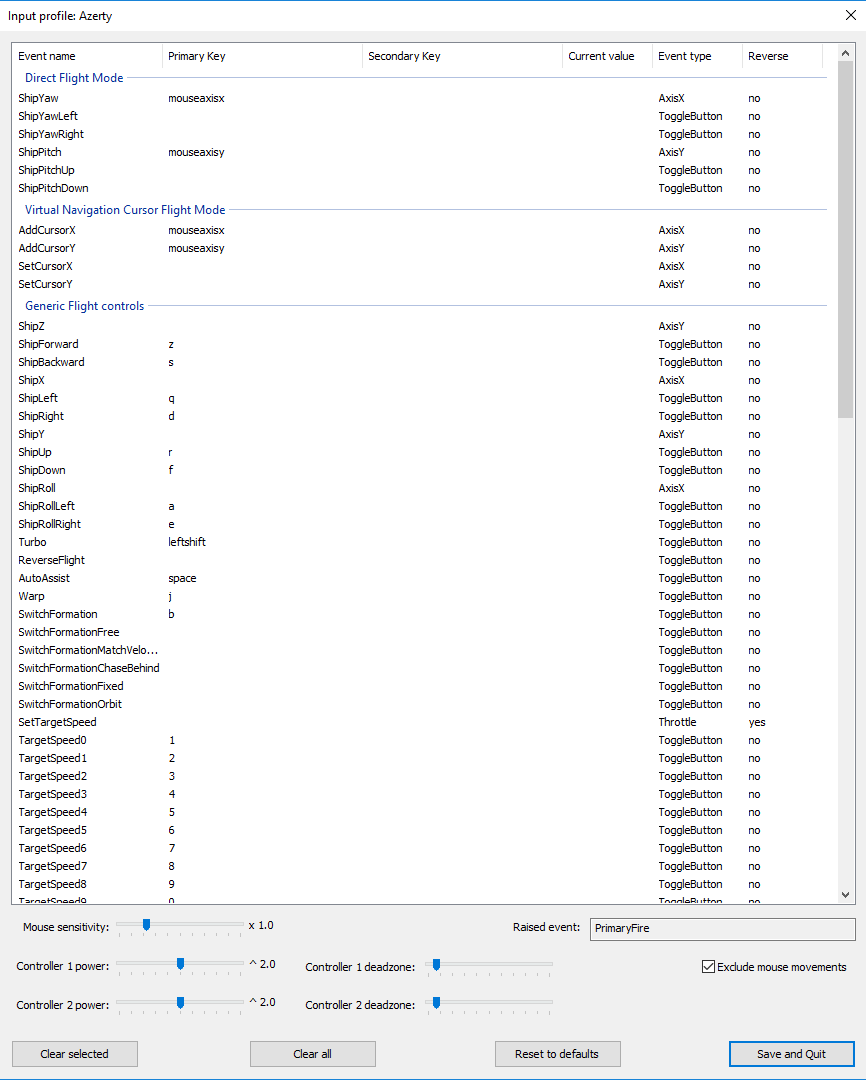 An important patch that addresses a long-time issue with networking interpolation and error-correction smoothing and which was made more noticeable in the form of rubberbanding since patch 0.2.6.0. This patch also includes some new gameplay experimental changes.

This new patch is an important step towards releasing the alpha, as it introduced the spectator game mode and various game states which currently act as placeholder (such as the main menu). There are also tweaks for the HUD and various sytems. 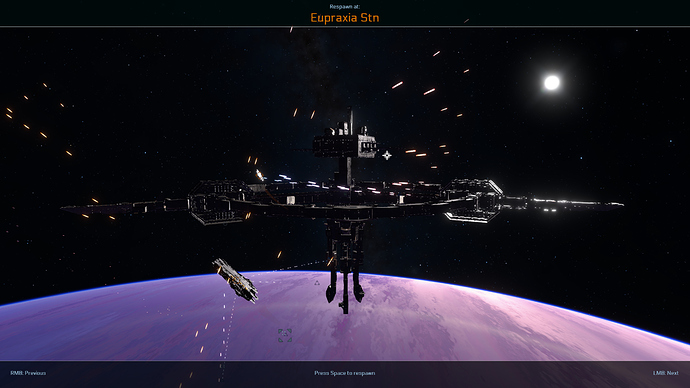 This intermediary patch includes a network fix for ships orientation stuttering, the missing shield impact effect from last patch, new base/factory lights, new damage sound effects, and most importantly: the ability for turrets to automatically select a new target if the primary
target is out of view/range. 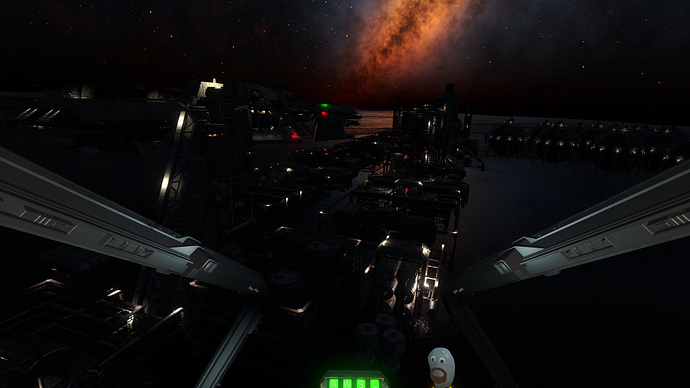 This patch introduces counter-measures ( chaffs ) for small/medium ships ( up to destroyer ) as well as some bug fixes.

If you experience any trouble with the game, or simply want to fly and chat with other players, you can join our Discord server at:

For support inquiries, please send a private message to INovaeKeith on the forums (installation/launcher/pledge issues) or to INovaeFlavien (gameplay feedback and bugs) or by email to contact@inovaestudios.com

Please keep in mind that we’ve barely reached the alpha stage. The game lacks proper menus, UI, feedback/mission objectives and assets are still untextured or placeholder.
We will be iterating on the gameplay features and balance from now on.

Most importantly, even if the game is barebone we are hoping that you’ll have fun and see the potential. If you feel we are going in the wrong direction, do not hesitate to post your feedback on the forums.
See you in game and good luck ! 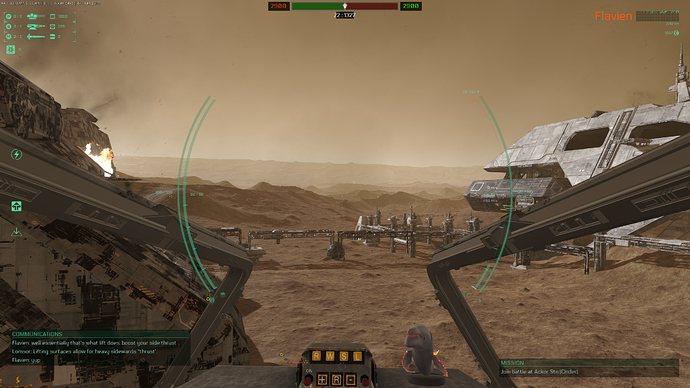 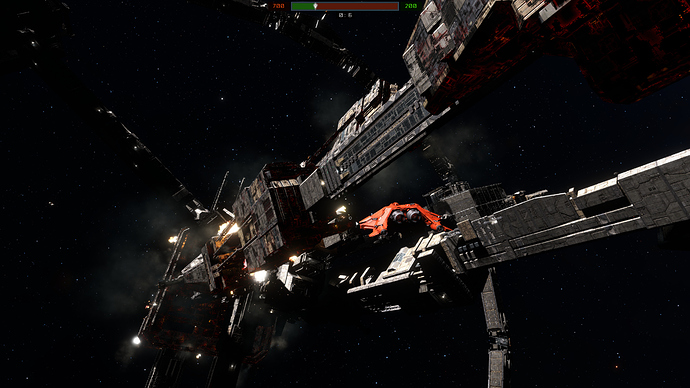 This patch is mostly a “quality of life” patch for the alpha. It includes various crash bug fixes, Direct Mode flight control fixes, a new small Battlescape (with two giant asteroid bases) for shorter matches and a number of balance adjustments.

This is the “haulers” patch, which revamps the resource generation side of the game by introducing haulers that fly between factories and stations to turn their resources into team credits. As usual, this is a first implementation which will probably introduce a fair number of small bugs, please do not hesitate to report them on our forums.

Of particular interest is watching the behavior of haulers and checking that they have no trouble ferrying resources along their path. If you notice any funny behavior, we would be interested in a description of the behavior and some screenshots.

In the new system, a hauler spawns every 5 minutes at each factory hangar. An algorithm decides a destination installation which will typically be one of the space stations in orbit of the same planet. The same station will be chosen all the times a hauler spawns, until that station gets destroyed, at which point the algorithm will switch to another station. Haulers follow the same path, slowly taking off from the surface, accelerating to reach low orbit then jump into warp. They’ll exit warp a dozen kilometers away from the destination station, then transition to docking mode and will disappear once docked, turning their ferried resources into team credits.

Team credits then get split amongst players and AIs as previously, preferring players over AI when the player count is sufficient.

When flying along their course in warp, haulers will stay in orbit around the planet and fly at 50 km/sec. Since it is not possible to attack when in warp, we’ve introduced a “warp jam” equipment, currently available on corvettes and destroyers. To use them, you need to be in warp yourself, closely following the hauler (< 20 Km away from it) at the same speed of 50 km/sec. To activate warp, open the ship system menu wheel (default: V) and select “Warp Jam”. It will generate a bubble around your ship, which will force out of warp any ship within the bubble (of radius 20 Km). The cooldown is 30 seconds. Warp on affected ships will stay down for the same amount of time. 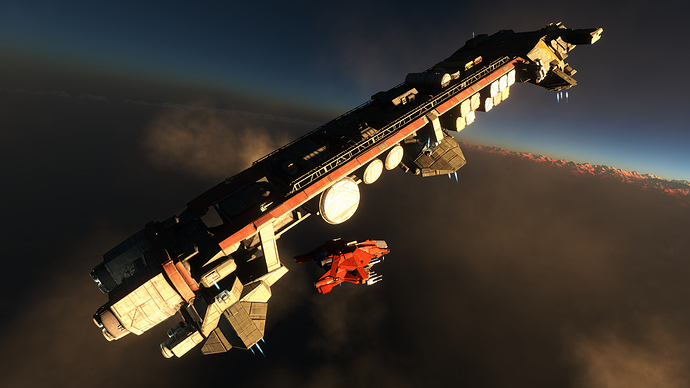 Another change is the introducion of manual firing towards the mouse cursor for capital ships MK1 and MK2 weapons. Smaller weapons still aim at enemy ships automatically. The goal here is to introduce player skill to capital ships (rather than the more passive select-hold-fire-and-wait). Feedback on this new mode is also welcome.

This new patch introduces spawning at carriers and update the repair/resupply mechanics available on corvettes and at spawns.

A community event is planned on Saturday 13 at 19:00 UTC on the server. Players will gather and try to play objectives to complete a full match (or two) in order to stress the server and test
the gameplay. We hope to see you in game !