This is the official feedback / public thread for patch 0.2+

Please do not hesiste to post all feedback, screenshots, bugs ( if crashes don’t forget to attach a log file, now in C:\Users\Flavien5\Documents\I-Novae Studios\Infinity Battlescape\Logs )

I noticed one of the planets uses an old debug setup and doesn’t have the proper textures / shaders ( which look quite nice ), I’ll do a patch tomorrow, but meanwhile if you want to give it a try, replace Icy.xml in
C:\Program Files\I-Novae Studios\Battlescape\Dev\Config\Planets2

Getting some crashes when approaching the NPC furball at that one station where they all seem to be gathering. Logs zipped here: https://www.dropbox.com/s/s1o8kqxgn3i2m92/Logs.zip?dl=0

Really awesome update, its apparent that a lot of work went into it and it payed off!

Fantastic experience so far. Pretty much second most of what TARS says.

That said; I actually quite like the target control mode, Didn’t think I would, so congrats there ( THE CORVETTE IS FLYABLE NOW!

)
A big downside of it currently is the capped max turn speed. For the interceptor and bomber, it seriously hurts the ability to quickly look away from a target and use the main engines and boost for changing direction.

The lead piloting icon for turning the ship might be a little too obvious. I keep finding myself assuming it’s where the weapons are pointed and missing. Probably doesn’t help that it’s shaped identically to the lead target icon.

Nice to see the ability to lock targets with headlook made an appearance.

Still getting used to the tweaks to the warp so I may be missing something here, but disappointed to see that velocity drops to almost nothing on warp exit now. It’s especially bad when entering a planet’s atmosphere as it takes away some of the sense of total seamlessness seen in previous builds.

No crashes or bugs encountered yet, although it tends to hang for a little under a second when approaching busy stations.

Here’s a link to my logs. From my own observation, I was most likely to crash when I was near that huge cluster of NPCs. Being on the red or green team seemed to guarantee a crash within 30 seconds. Blue team was actually playable. One time I spawned inside of station geometry. When approaching a station, my client sometimes clutches up for several seconds around 1K km distance. By the time it catches up (loading station?), I’ve often flown past it.

The content of the patch itself is great though! The carrier just feels . . . immense. It’s an amazing feeling.

I got one crash when trying to send a destroyer into the atmosphere, I sent the logs to Keith. I like the command wheels for the menus, that’s a neat idea.

I was struggling a bit with warp and getting into the atmosphere, but maybe that’ll work itself out when I spend more time with it.

I liked the feel of the destroyer, but the weapons are basically impossible to aim at the moment, especially the rapid-fire cannon which seems like it would be useful for taking down fighters, but because it fires in a straight line from the side of the ship it’s almost never going to be lined up with where you’re looking.

Also, the AI seems a bit dumb and a bit cheaty, but I expected the former. They seem a bit too willing to get stuck flying into stations, and they’ll try to shoot through stations to hit their target. They don’t seem to need to stop firing to recharge energy, which seems more than a little unfair.

Yup, I agree with all the feedback, kind of expected since some of the stuff was heavily WIP. It’ll get polished / fixed. The firing rate of NPCs is due to energy limitations not being implemented for them, I haven’t made them cheat on purpose

Give it a few more weeks and it should be a lot better.

The goal is to have something quite polished for the next open-alpha backers week-end.

Having a beautiful experience 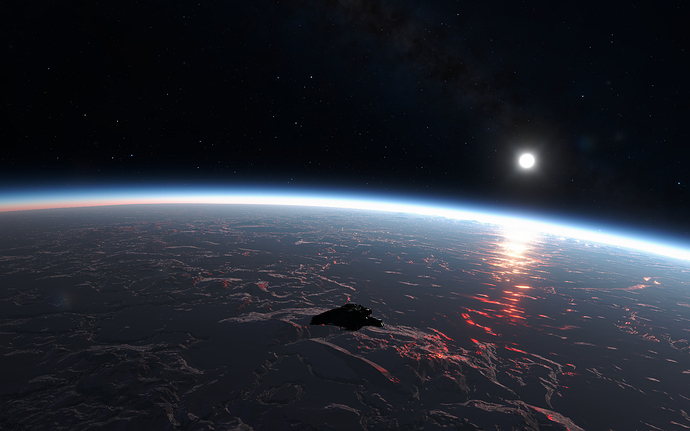 That new moon is gorgeous. 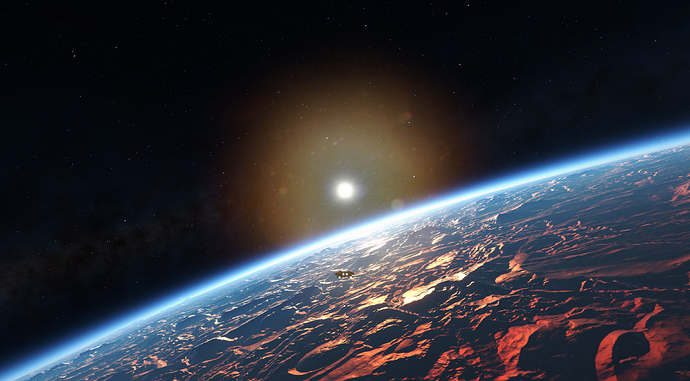 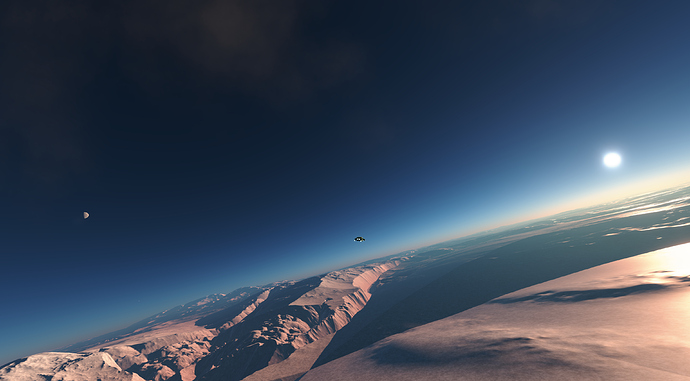 I’m so hyped to get into this. This is the earliest I’ve woken up on a Sunday for ages

I don’t know if this is more to do with the atmospheric flight model or the planetary collision detection, but I don’t ever seem to automatically come out of warp when entering a moon’s atmosphere. I can fly all the way to the ground well below 500 m/s without any of the resistance/shaking of the previous model.

Also, not specific to this patch, but I think I’d like a toggle for automatic warp adjustment when nearing a body. If I have to get from A to B and Rethe Prime is in the way, I have to give it a really wide berth to not have it cripple my speed. I’d rather be able to use it to my advantage and slingshot around it.

@AusQB: warp ( and auto-assist in general ) by default limits your speed to the maximum air speed. If you manually override your main thrusters ( forward/backward ) you can exceed the limit ( you’ll then get the shaking and damage ).

This also works in warp. Warp by default is “safe”, but if you like to take risks you can go much faster. Forward/backward override the warp speed when warping, too.

I shall add more at some point! I will be testing quite a bit (on and off) this week 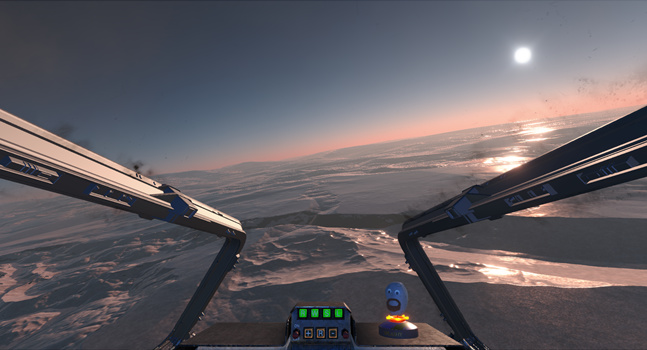 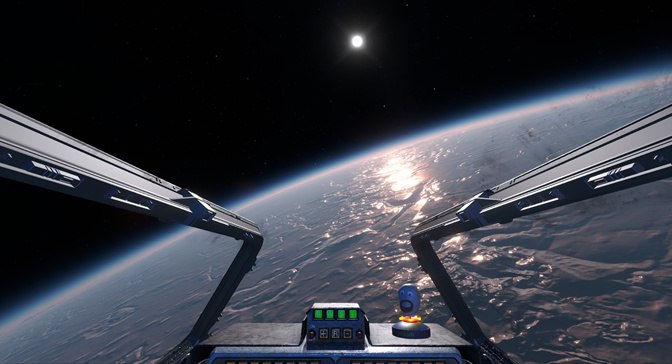 The game keeps crashing for me (logs: https://drive.google.com/drive/folders/0BzyluujRU8k9NkswSlF4VS16SU0?usp=sharing).
Also the x360 controller doesn’t work properly (profile gamepad 1 or 2), I can only get the radial menus with X, Y A, B but I need the mouse to select anything and the left stick allows me to strafe forward, backwards, left, right and everything else doesn’t do anything… It’s been a while since I played but it worked ok at the time.
Any pointers to set it up properly?

I’m working on the crashes today, hopefully I’ll have a fix soon.

As for the gamepad controllers, I haven’t tested them in a while. I’m not surprised they’re not working with the radial menus. You should probably stick to mouse & keyboard for now, I’ll revisit the controllers when the dust settles in a week or two.

Fine, but its very awkward to use the keyboard when it has a bépo layout…

You can edit / remap the keys in the profile directory, in your documents folder ( C:\Users\Flavien5\Documents\I-Novae Studios\Infinity Battlescape\Profiles ). Must use a text editor and edit the XML file manually though.

I tried that but it is not straightforward, it crashed the game (maybe due to the " key that I tried to escape with a backstroke, or the dead caret one).

Edit: Like on the azerty profile, keeping the numbers for target speed works, so no need to bother with the double quote key. However, the “É”, “È”, “À” and “.” keys don’t work. I elected to ignore the caret.
Also how can I use the directional arrows and begin/end keys?