Games we need to know about

I’m not going to use to OP to pimp my favorites, I will post them as time passes though. If you want to share a gaming experience that influenced you or had some deep impact on you, please do.

To get the mood going, here is a little musical.

I’m sure you’ve all heard of them by now, and I’m sure most of you have played them, but 2033 and Last Light were profoundly moving experiences for me, Last Light especially. I didn’t control Artyom so much as I became him. The decisions made were mine and I felt the consequences. Every death, every trigger pull, every choice.

I felt the wonder, the anger, the melancholy, the fear. I legitimately surprised myself again and again and again. I know what it is to be prey. I held lives in my hands. I betrayed and was betrayed. I forgave. I was forgiven.

I can count on the fingers of one hand the works of fiction that have made me legitimately feel. None have made me do so as much as the Metro games.

Where are you headed, friend? I’ll take you there for 50 bullets.

Although i am not much of a action game kind of person these days.
When i was a youngster this was one of those games you had to experience.
Not for the brutality it was known for, but the perfect mix of action interactivity of environment and amazing music from tracker god Necros.
Its a gem that should be played by today’s generation.

I’m going to be that guy and just say it.

Deus Ex. Still one of my favourite games. It somehow managed to make conspiracy theories just about acceptable. Human Revolution was an able accompaniment to the series, but the original is an absolute must play if you haven’t already.

Oh, and I’m sure I’ve got a couple of spare copies kicking around on Steam if you somehow don’t own it already.

I believe Deus Ex was developed by former id Software co-founder John Romero. I never played it but heard it’s voted amongst the top 100 games ever. Speaking of id, DOOM series.

Not going to mention classic games this post (Wouldn’t do them justice to quickly summarize them), and rather mention two newer games:

Outerra Anteworld: More a tech demo at it’s current stage than a game, Anteworld shows a different approach to planetary generation. Instead of procedurally generating a planet it uses map data like osm etc to create a life-sized earth (or, if you’re interested in tolkien, there’s also a middle earth mod). There’s currently not a lot you can do, basically all you can do is walk, drive and fly around an endless grass field filled to the brim with 2d sprite trees. However, as someone who immensely enjoyed Dear Esther, I like to just walk up a mountain while listening to the ambient sounds (there’s always a wolf howling every so n so minutes, which I think is nice). bascially virtual hiking.

Subsurfacegames’ Survive: Yes, it is yet another zombie survival game. What I find that makes this game mention-worthy (apart from it being developed by a single person who wrote his own engine), is that this game simulates tectonic plates, how they move etc, to create the continents that the player can play on. Sure, it doesn’t matter that much in a game where the main gameplay is to sneak from one house to another house to raid them, but it’s interesting to say the least.

The original Combat Mission games. The best battle simulation games ever. The level of realism (not in graphics though) is awesome. I especially liked Barbarossa to Berlin (linked above).

From what I’ve played, it seems pretty good. Haven’t the time to finish it, though.

From what I’ve played, it seems pretty good. Haven’t the time to finish it, though.

Well, “An error occurred while processing your request.” certainly sounds like an interesting game.

Could we maybe agree to put the name of the game we’re talking about in the post, rather than just a link or video? Less chance of text breaking.

Anyway, the two games you really do need to know about on these forums:

EVE Online, commonly known as the “grandfather of MMOs,” is a “submarines in space” game with a single game world of several hundred solar systems capable of supporting more than 60k concurrent players - which is the main reason why Infinity is so often compared to it.

Not saying that Infinity: Battlescape will be anything like either of these games, just that speculation regarding the Infinity MMO has always been based on the idea that it would be the combination of the best parts of the two.

The most underrated game I’ve known is Slay. It’s a strategy “4X” style game taken down to the most fundamental elements. It makes a good mobile game and there are versions available for both Android and IOS.

The servers are pretty quiet these days Plain Sight 2 is in the works so I suggest you sign up for news here: http://www.beatnikgames.com/landing-page2/ 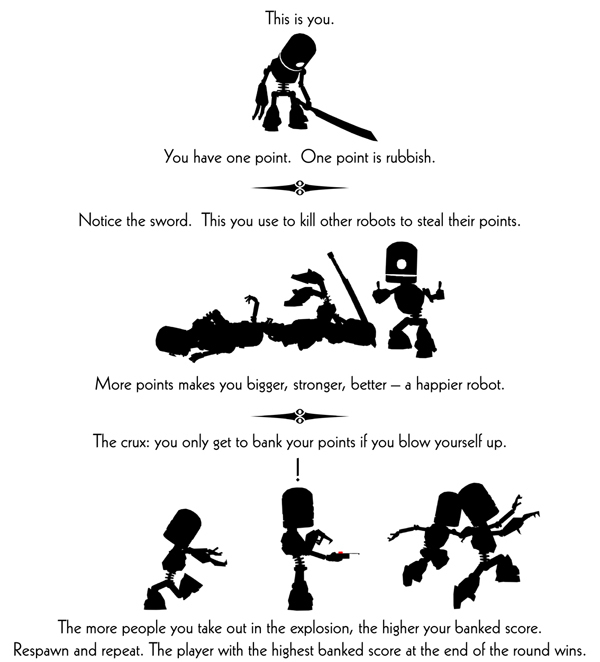 
Desperados: Wanted Dead or Alive
A thoroughly great game that I keep replay every few years.

Sorry. It’s Into the Stars.

I thought I was being helpful with a steam link…

It works for me.

Two more worth looking into is Fractured Space: https://www.fracturedspace.com/

Just a quick mention (since I dunno where else to post) - Outerra Anteworld, one of the games I listed above, had an update a week or so ago , and now they have somewhat 3d clouds. The effect seems a bit weird, as they all seem to start at the same elevation, but they are also somewhat animated, sooooooo yeah, it might be interesting to have a look (you should be able to look at them via the free demo thing, although I am not 100% sure)

Kickstarted adventure Stasis is launching tomorrow…
Demo was pretty good back when he ran the campaign.
Looking foreward to this.
… after Infinity kickstarter of course

Just saw this in my email…

Three Realms in one persistent, massive, open-world sandbox environment, with towns and cities built almost entirely by the players. Do battle over scarce resources, take and hold Places of Power, burn down your enemies' homes, and seek to conquer...

For all of you old Dark Ages of Camelot fans. It is currently in true Alpha.

It’s also an inspiration in crowdfunding.

My roommate has offworld trading company and I can say it’s definitely fun to play…it’s sort of the same thing after awhile though…I can’t even lose.

Just sell everything and buy all the stock!

I’d like to recommend planetary annihilation if you’re into RTS games. I play it with friends and it’s an absolute blast being able to smash planets. It’s a bit buggy but if you can work through it it’s a pretty solid game with fun gameplay including naval, air, land, and orbital units. We have teleporters, unit cannons, nukes, planets with frikkin’ laser beams, and drills that you can build to destroy the planet you’re on. It’s great!

If you already have it, add me on steam: How2FoldSoup
If not, add me anyways!

Edit: I’m not sure how I didn’t find this thread earlier.

I actually have PA, but haven’t gotten around to mastering it yet.