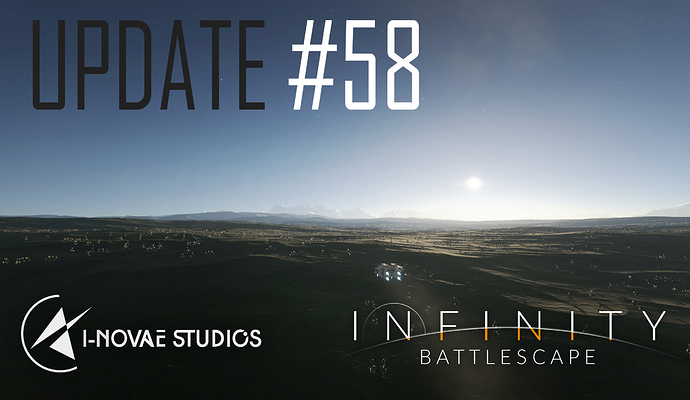 Hey everyone it’s time for your weekly update. On the engineering side this week has more or less been a continuation of last week - merging the new networking code into the game and finalizing the new UI rendering code in preparation for adding support for text, layout, etc.

WIP final geometry for the destroyer

On the art side Jan and Dan continue their work on the final geometry pass for the destroyer. You can see an early work in progress screenshot above. Jan has also been doing some material work experimenting with different ways to do armored plating. 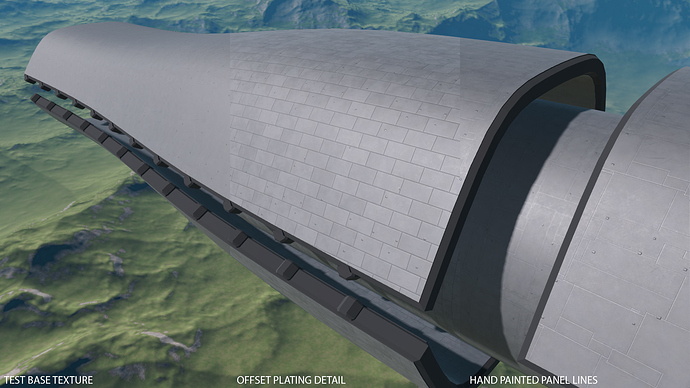 Kristian is finishing up the last few things with factory materials and then he’ll be moving onto the final geometry pass for land bases. That’s all for this week. Updates will likely be a bit on the short side until we finish getting the new networking code merged into the game. After that we’ll release a patch and have plenty of new things to talk about! 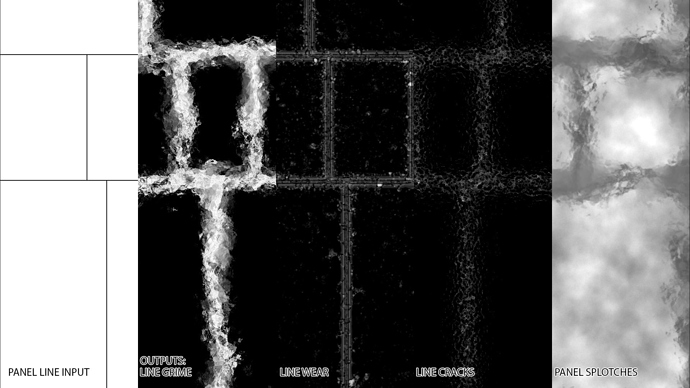 That destroyer is looking all kinds of deadly

In the armor plating, the right armor is by far my preference, but I can’t really make out the left version’s details. Those little nubs look great when they land on a seam because they look like they tie plates together. When not on a seam they just look odd. The middle one looks like brickwork and is jarringly out of place to my eye.

I assume that final image is just the raw texture values being depicted. I can’t make much of them.

I also thought about that, but realized that hexagons are already pretty heavily used in science fiction games.

Perhaps some kind of hybrid would make for an interesting pattern. For example, large circular plates with some funky set of irregular plates filling the spaces in between. The idea is that a circular plate has some active field effect going for it. The field radiates through the material from a central point, and the plates are designed to get the best bang for the buck. So the plate pattern would be a reflection of the underlying fictional technology.

The only true answer … 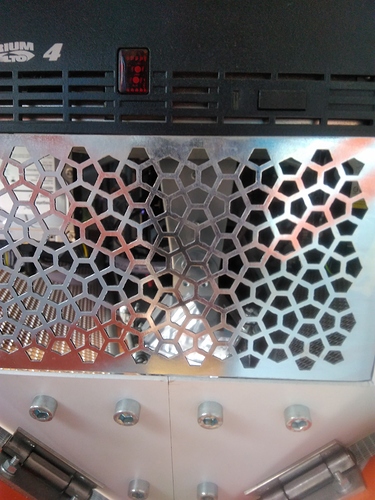 Not culturally and ambiguous.

@inovaegene is not on the team anymore.

2289 year i guess, well he have no chace come back

While the generated seam textures look great on their own, I can’t help but wonder what kind of an insane designer would create plating pattern such as the one featured.

Even since back in the old-old-old Infinity-TQFE ages, this was bothering me. Any time I see this kind of all-over-the-place plating, I can’t help but think it looks silly. As if someone took a cartoon spaceship and slapped it into a PBR renderer. I know this is a lot up to taste, but I think some regular pattern (even the poor overused hexagons), or no seams at all would end up being nicer on the long run.

A homogeneous pattern would make the most sense, since you want to have as many identical pieces as possible to make repairs easier.
The pentagon pattern looks even more futuristic than the overused honey comb pattern.
I think amor areas with this pattern would look really awesome if you don’t overdo it. I think for factories etc the wild pattern makes more sense because under each panel could be a seperate specific area that needs repairs.

that was… so… random

I want my neurons back !

Thank You for contacting .unfortunately, the deal is not feasible. the lost nerve cells themselves is restored by your body.

Caveat emptor and all that.