Hey everyone, it’s time for your weekly update. To kick things off we’ve released, as promised last week, another patch. The major changes are improvements to networking error correction, new placeholder geometry for the carrier, and changes to the damage model. You may recall we mentioned last week that we were thinking about different ways to incorporate social networking into our game/website. After some discussion we’ve decided the best way to do this is by making it easier for players to capture “sharable moments”. 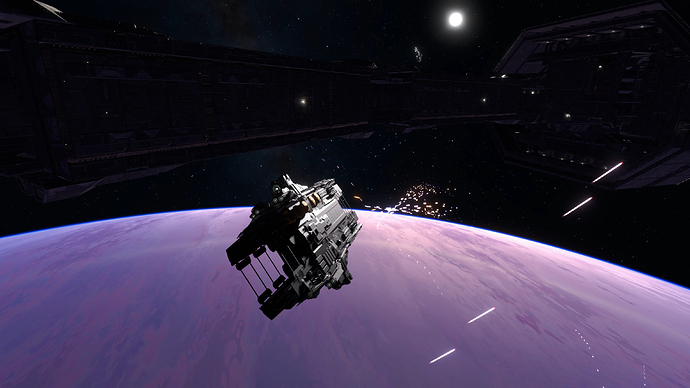 A “sharable moment” is defined as anything that has recently happened that you thought was cool/fun enough to want to share with your friends. The first step in this process is something we laid the groundwork for months ago – spectator mode. Over the last week we’ve made significant progress on adding a spectator mode to the game which allows you to have a free range camera monitoring everything from ships (in/out of cockpit), to individual missiles, to entire planets and moons. We have a number of Developer Access backers who’ve already been quite successful at producing awesome videos while playing Infinity: Battlescape but spectator mode should give you all more creative freedom. 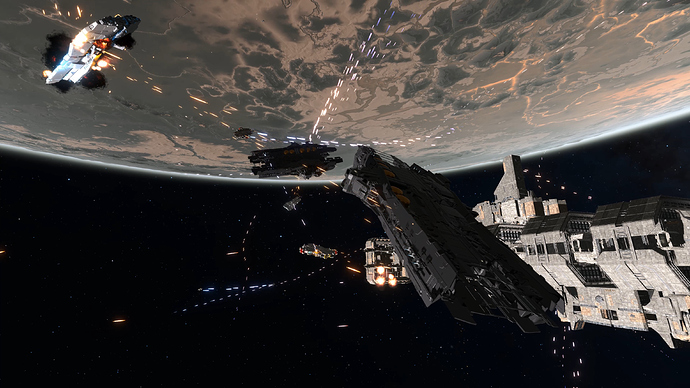 In the future we want to extend spectator mode into things like kill cams, recording short snippets of video, and even playing back an entire recording of your participation in a match. For Alpha our only plan is to support spectator mode and possibly kill cams as we still have a lot of work left to do on the core gameplay loop before mid-June. Once we get to Beta and we have more time to work on polish there’ll be a lot more we can do to help players capture “sharable moments”. That’s all for now, until next time!

Now that you have the spectator mode, you can have a fancy main menu that jumps straight into it. Allowing the player to just have one loading screen and be able to tweak graphics settings on the fly.

I was thinking how it would be cool to use it as the map to see what’s going on too. I thought about it when they showcased the planet spectating part.

In it’s current implementation yes, but as per the discussion in the Switching to another team topic, it’ll need to be limited just as team-hopping needs to be.

The current implementation is a proof of concept and making sure it works functionally and technically. It’ll be refined and iterated and properly integrated with the design of the game at a later stage, just like other game systems.

Just do what Dota 2 does: Put spectators ~ 5 minutes behind the actual game.

Some more feedback from ED forum on switching teams and spectator mode.