… remember the Kickstarter Video? The battle feeling promised there will be overdelivered by a magnitude that is hard to express. 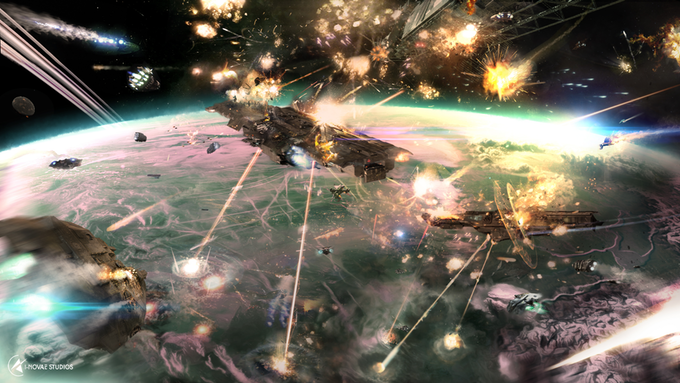 Let me know if there are a few other good game forums I could post a I:B thread on. Maybe one more space/Sci-Fi based, and then two edging towards general gaming. But all with very high traffic for good exposure. PM me or reply this post. Ta.

I think the one we’re probably lacking exposure the most is reddit.

Reddit, I hardly ever go there. The occasion search result sending me is the only time I visit. I’ll have to defer to some of the other members for reddit posts and how to keep them up-voted. Anywhere else.

Reddit has to be the ugliest troll site full of malcontents on the web. They would drown kittens given half the chance. Still, if you can reach some it’s better than nothing.

I post I:B stuff on Reddit from time to time (under the same alias). Depending on the content, I choose the subreddit I think is more suitable.
I’m waiting for some kind of catchy video (maybe some gifs?) showcasing the latest stuff to post on the big league gaming subreddits.
By the way, Reddit is massive, and a complex conglomerate of not one, but thousands of communities; good ones, bad ones, everything is in there.

Forgot to specify r/Gaming is what I was mainly thinking of. From memory that helped with the kickstarter.

Surely @SpaceJay has experienced times when he was trying to shoot a scene and somebody crashed into him. Or unintentionally flew right into his field of view Or something like that. It shows a bit of the human condition. That’s very popular on Reddit. The fact that it’s in Battlescape should be incidental. Then people see the GIF and say “That’s hilarious/awesome/typical. What’s that from?” Then they feel like they discovered the game instead of feeling like yet another marketing effort shoved yet another game in their face.

In other words, stop being so serious about getting the word out. Have some fun with it. This is game right? This is supposed to be fun.

Well, you could post the moment of my stream I tried landing on the asteroid and crashed into that “mountain”, for example. That was pretty spontaneous. Not sure it’s the best thing to show, though

but it was quite hilarious.

0.2.1.0 Spacebattlemix the edit is still rough, practice for alpha weekend

So I’ve just replaced the Battlemix video with a much improved edit version with better timing and some extra footage.

Amazing vid Jay! This is the best one for PR, hope the Devs put it up on Youtube.

Could post in sub-reddits, instead of trying to reach the front page of gaming, which I agree is probably not doable.

Maybe someone could make a post in the star citizen refunds reddit too. I see they speak about other games such as Dual Universe in there too.

Added some more destroyer footage and more and bigger explosion clips,
especially in the second half and at the end.

I know it’s not a competition and for a good cause, but I’m seething with jealously seeing all these great vids!

It adds so much when you look around in that cockpit.
It is that bit of believability to the whole thing. …Immersion that’s the word.
Cant wait for head tracking implementation.(or is it in already?)
It is shame to not show those cockpits in promo vids, when they exist.

Anyways nice footage …not too much fan of the music

but hey to each his own…

Thanks!
The music probably wasn’t the best choice I agree.
In previous versions the head view was moveable with separate axis’s, now it is bound to the same axis’s that move the ship, so no head movement while moving the ship. Flavien said that this will be eventually fixed sometime in the future.
I already had some form of head tracking working with the vive and vorpx, I have a video of that on the youtube channel, for videos it definetly look so much cooler.