Hey everyone here’s our first update of 2017 – the 2016 retrospective! Last year was quite the year for us and this is a big update so hold onto your butts. As soon as the Kickstarter finished at the end of 2015 Flavien and I started getting the prototype ready for release. The beginning of 2016 was particularly hectic for us as we set up our hosting infrastructure, imported Kickstarter data, set up an IndieGoGo campaign for ongoing crowdfunding, and built the first version of our launcher - all while getting contracts sorted out. Our artists officially started work on February 1st and we released the Battlescape prototype to our Developer Access+ backers a few weeks later on February 28th. 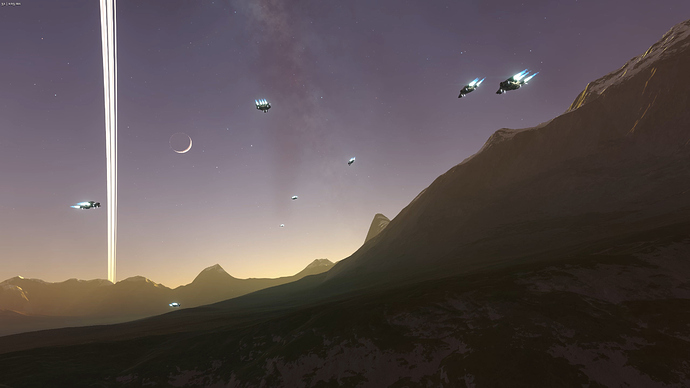 A squadron of Developer Access+ players in the prototype

The initial response from Developer Access+ backers was overwhelmingly positive and you can view many of the beautiful screen shots they’ve taken on our forums. While the release of the prototype represented a small but important milestone there was little time for celebration. We immediately began iterating on flight mechanics, adding support for joysticks and other input devices, and integrating 3D mockups for our small ships, cockpits, factories, etc.

As we moved into the summer we realized we were going to have to spend some more time on low level game systems. When the Kickstarter prototype was created we were rushing to get it finished by November 2015 and had to cut some corners. The most notable of those was the networking. Unfortunately solid networking is absolutely critical for a pleasant experience with a multiplayer game and the difficulty in properly implementing it matches its importance. 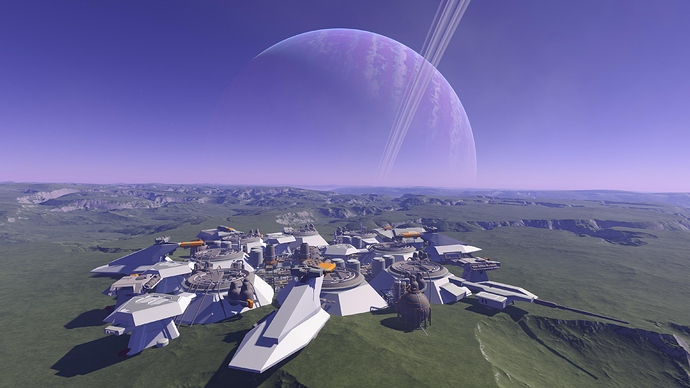 After making some progress with our new networking system we realized our physics code was also in severe need of an update. We had been using the same physics backend for at least 5 years and needless to say much has changed over such a long period of time. Thus, we spent a few weeks updating the game to work with modern physics engines such as PhysX and Bullet. During this period we also released our new deployment/installation framework which, while currently in its infancy, will be central to our plans for modding and community management after the game ships to retail.

The I-Novae Engine as it is today was started by Flavien back in 2004 as a hobby project. This was one year after consumer grade dual core processors first became available. To that end the I-Novae Engine was originally designed to be single-threaded. What this means is that if you have a CPU with multiple cores, as you almost certainly do, our engine would only use one of those cores for most of its work while the other cores remained largely idle. As autumn rolled around we decided, given our performance targets of Infinity: Battlescape, it was finally time to upgrade the entire engine to be properly multi-threaded so that it makes use of all available CPU compute power. 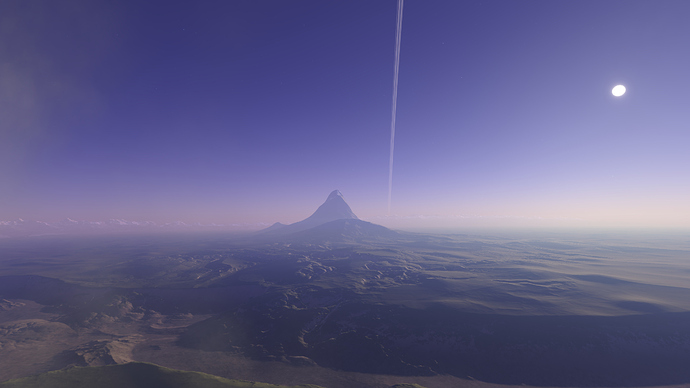 While working on the multi-threading update we released our pledge upgrade system, something we promised during the Kickstarter campaign, which will become the foundation for our own crowdfunding and digital sales platform. Unfortunately in October we had to announce the Alpha release would be delayed until early 2017 - however we’ll be offering a free weekend of play for all Alpha backers sometime in the near future. As 2016 came to a close we started on the last series of networking improvements and our new UI system.

Most of what has been mentioned so far pertains to the engineering side of game development but our art team has been quite busy all throughout the year as well. Final geometry has been completed for all of our small ships and cockpits. The NPC hauler has been fully completed including both materials and geometry. Materials for the small ship cockpits have been completed though additional tweaks will be required once we begin adding cockpit instruments. Significant progress has been made on final station geometry and our art team is currently more or less on schedule to get everything completed within the original estimated timeframe. 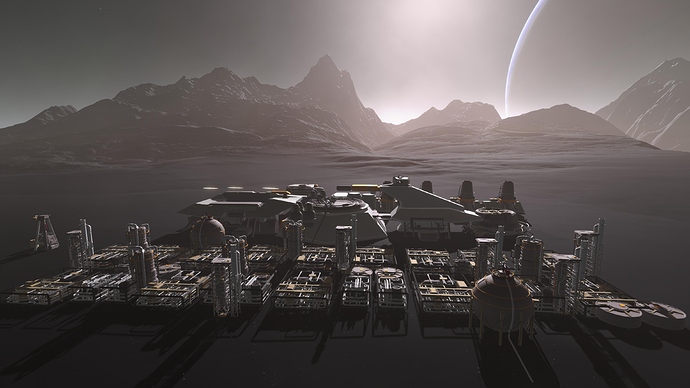 So where does that leave us for 2017? Given how long this update is I’ll get into most of that next week. What I can say for now is that we’re working on releasing our next patch at the end of this week. It will mostly be a content update though it will also include plenty of bug fixes. If everything goes smoothly we’ll announce the date of the free Alpha playtest weekend shortly thereafter. That’s it for our 2016 retrospective, we look forward to continuing our weekly updates throughout 2017!

Hold onto your butts.

Just makes you realise how much has happened this year! The backend stuff may not be glamourous but it was a good call to sort it early. I really hope that it can be rounded off asap this year so we can start to get into the real meat of the gameplay!

Also just realised I’ve been neglecting my screenshots… Hmm… Get this new patch out and I’ll be posting pics faster than you can say potato!

Good job guys. I wish you all the best into this new year.

Wallpaper - Give Us Your Best Shot! (Image Intensive) Battlescape

I called it after myself as a joke. Didn’t expect people to actually call it that. @SpaceJay is the one who actually discovered it, I just plopped my corvette down on top of it.

Wallpaper - Give Us Your Best Shot! (Image Intensive) Battlescape

New video by the devs. Looks pretty pretty awesome. Reminds me of the old alien movie spacestations.
Too bad they still have the old geometry for the interceptor in that video. Im curious how that will look ingame.

Quedtions for the devs: Is the new ship geometry included in the next patch?

Quedtions for the devs: Is the new ship geometry included in the next patch?

Yes. That video you posted above was actually recorded a month ago right before x-mas vacation, there’s already been many updates ( hangars have lights etc… ).

Wow, the updated ships look really awesome. The bar on the inteceptor cockpit is gone, the solution is really really good.
The stations look incredible too. 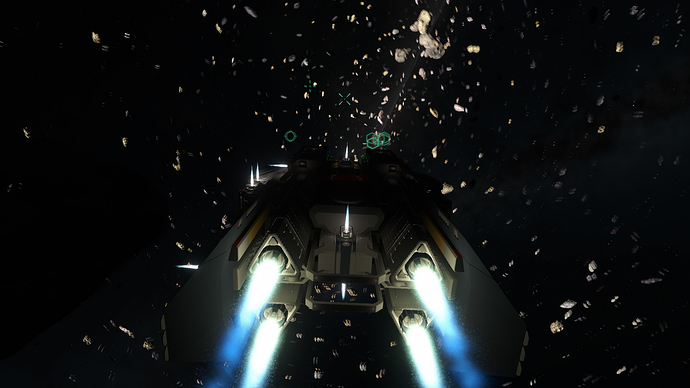 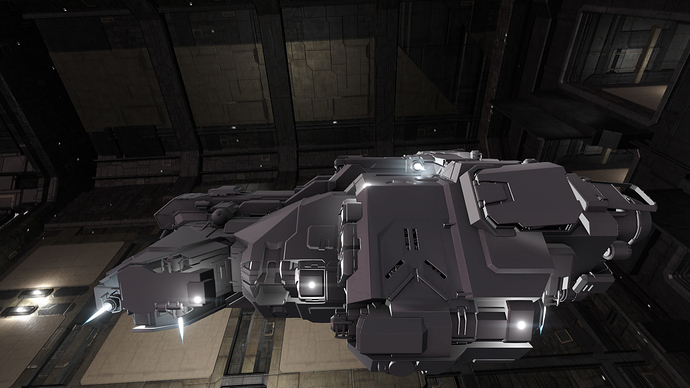 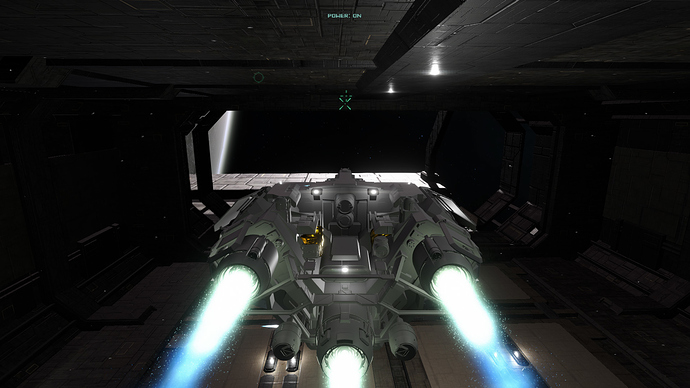 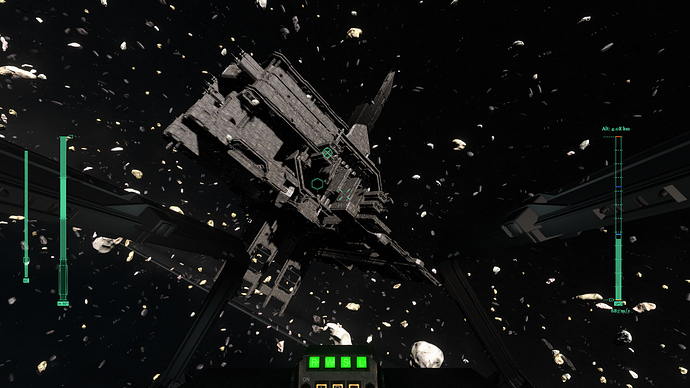 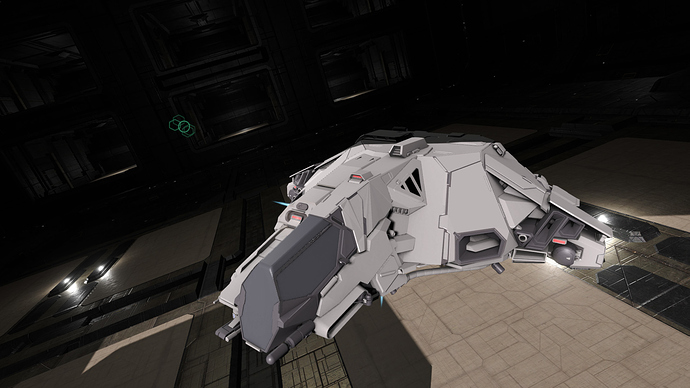 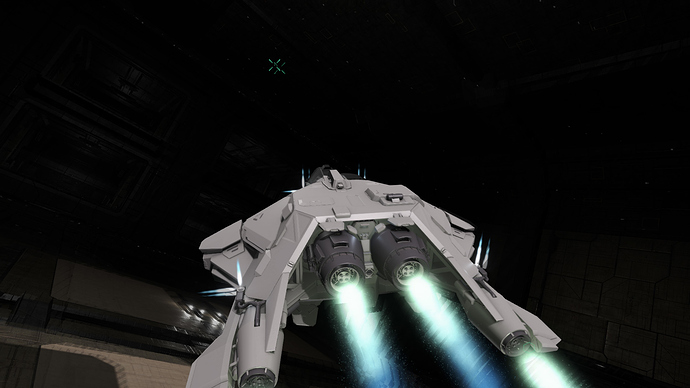 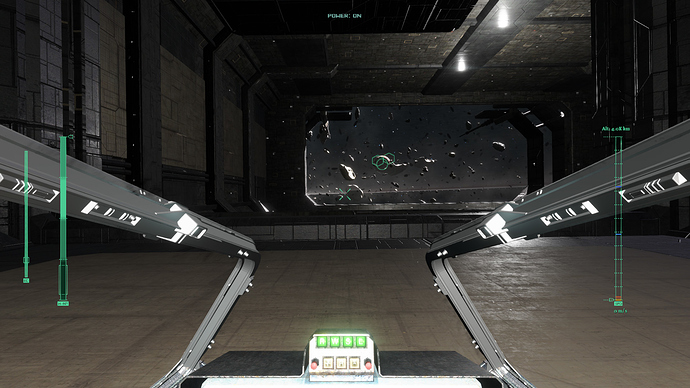