Hey everyone, it’s time for your weekly update. This week’s focus has been on putting the finishing touches on our next patch – which we expect to release within the next few days. As we’ve mentioned previously this will be a big update with lots of new changes primarily concerning weapons. Once the patch is released we’ll post detailed patch notes but a brief summary is new weapons, creating weapon groups, and new HUD elements to support all of this new functionality. One issue that we may or may not be able to resolve before we release the patch is bandwidth usage by missiles. Currently it’s a bit higher than we want, and if we don’t fix it before the release of the patch it’s unclear what sort of impact it’ll have on our server, however we expect it to be sorted out sometime in the near future.

On the art side Dan has finished up the space whale bobblehead final geometry pass, Kristian is making good progress on the final cruiser geometry, and Jan has been playing around with weapon effects. Everyone has also been working on getting last minute asset tweaks into the next patch. We made some optimizations to how certain types of textures get packaged for distribution which has reduced the download size of the game by 1gb – it’s now 2.x gigabytes instead of 3.x gigabytes. That’s all for now, I’m going to keep this update short and sweet as we’ll have much more to discuss next week after the release of the patch. 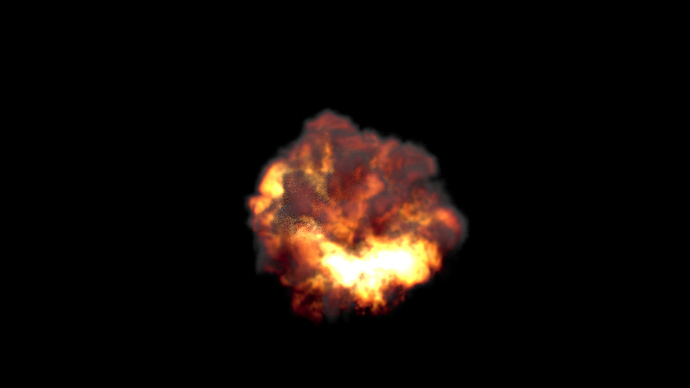 I’m returning from 3 months traveling on Monday. Hope to get in-game on Tuesday and try out the new weapons!

new weapons, creating weapon groups, and new HUD elements to support all of this new functionality.

And customisable control bindings for everything?

We made some optimizations to how certain types of textures get packaged for distribution which has reduced the download size of the game by 1gb – it’s now 2.x gigabytes instead of 3.x gigabytes.

Is incremental patching ever going to happen, that was given as a major reason for the custom installer development?

Excellent progress. Will there be a stream of the new patch?

I figure that currently most releases replace a lot of textures etc so a patch wouldn’t be much smaller than the full package.

I’m sure incremental patches are on the to-do list, just not a high priority at the moment.

Oh my no, they’d have to be a lot bigger to support the bulk of that back end. The Cruiser isn’t intended to be used in atmospheric flight, let alone landing on anything. At the very least it would have docking clamps or extendable docking arms on it’s belly for lower G environments (which haven’t been included afaik)

The destroyer is the largest ship in game that has a set of landing struts, although they aren’t animated or built to be seen during gameplay at the moment. They essentially provide stability to the ship if it lands on a smaller moon or low gravity environment, are rather beefy, and don’t give the ship much clearance when deployed.

Similar to how the old hellion looks in some shots.

Old screenshot from the Screenshots thread, it’s interesting to look back on these and see how far things have progressed over the years.

Lately I've been spending more time working with the Engine, and as such becoming more familiar with various atmospheric settings. Combine this with camera angles, and finding the right place to "sit" is getting me some rather nice results. I'll continue to post screenshots here as I take them, so they can be easily found in one area. Others that have access to the engine (for now the other devs) post screenshots you'd like to share here as well! To begin the thread... Two screenshots …

Tom Paris can explain it

They offer a welcome break in the top/bottom symmetry.

Is incremental patching ever going to happen, that was given as a major reason for the custom installer development?

Yes it’s still on the TODO list. As @hrobertson suggested it hasn’t been that high on our priority list however that will be changing soon as we roll out CDN support over the next week or 2 since CDN bandwidth is considerably more expensive. On top of that we’re planning on releasing the Alpha within the first half of this year and that will dramatically increase the number of players who need to download things.

I quite like them, myself. Maybe they’re shield emitters along with the two little ones up top?