Understand well enough the tug of war between keyboard/mouse users vs joytick/xbox users, but to totally disregard any or either controllers only hurts Battlescape in the end by limiting its appeal. I for one don’t like keyboards for space games/sims because it really detracts from immersion - for me at least. Personally, I really think it shouldn’t be an either or proposition. Yes there will be those passionate towards one controller format over the other but that is the same everywhere - especially in a toxic environment that is synonymous with Star Citizen.

But I agree that the DEVs shouldn’t spend an inordinate amount of time trying to balance out the differences; instead of trying to please two opposing groups of impetuous children, the DEVs should leave the tweaking to the very end. Tweaking before then only invites more conflict and unnecessary whining.

Nice models. Yes, I too smashed into planets at high velocities. Then I learned a new strategy - slow down first, before turning off the warp drive.

I think rather than offer any sort of server-side balance, it would be better if the devs/community came up with tutorials on how to adjust sensitivity curves/install vJoy/etc. So much the greater if such settings could be done via GUI from in-game. Everyone will figure out exactly what they want to play with, and the settings they feel are most optimal.

I like the tutorial bit but sure others will fill that void - sure the DEV’s time would be better spent on the game instead of tutorials. And for avid users of joysticks, they will need to feel they are not relegated to third party software. Include the option for joystick and worry about tweaking and tutorials later.

Oh, I expected joystick to be implemented anyway, based on what I read…here? I think one of the devs said they’re implementing something to allow gamepads and joysticks.

And when VR eventually gets integrated, I will be blissfully sitting in my joystick mounted chair soaring planet to planet and pew pewing anything that gets in my way.

When would you going to add a ship like this( 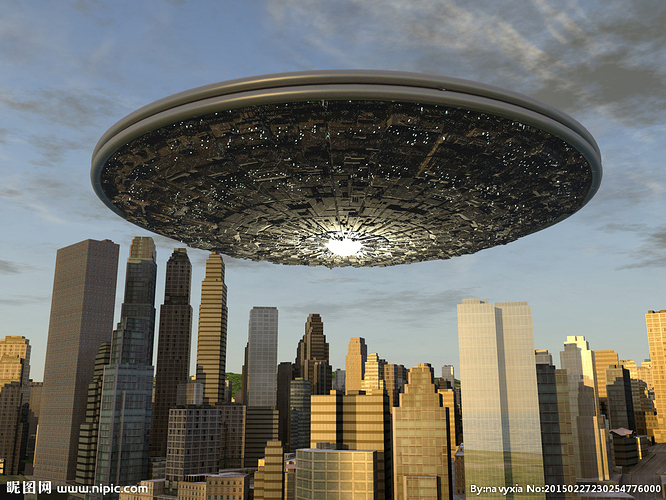 Also the game lore indicates Battlescape is about combat between three human corporations. There aren’t any alien races. It’s human vs human.

An interceptor design for each corporation, as an example, would go a long way to providing an enjoyable amount of variety of enemies to face, something which is very important for a vehicular combat game like I:B is going to be. Maybe Scoria likes to put heavier armor on its ships while Havoc loads them with guns; that’s what I’m talking about. You don’t need a persistent game to provide that.

I’m not asking for Star Citizen’s millions of ships; that would be insane. Hell, I’m not asking for any ships. I’m asking for clarification on a point that I don’t understand. I’m trying to determine if the game I’ve been imagining is the game that the devs have been making.

My understanding is that no, there will not be different models. It might be possible for different loadouts to be possible, to include different shields, engines, and armor, but all I’ve read so far is that there will be multiple types of weaponry.

While slightly different models foreach sub-factions would be nice indeed, it would take too much time considering the small team. The main faction style, the Starfold Confederacy, should be recognizable (the rough edges so to speak) while making enough difference for the sub-faction.

Let’s not forget there’s a lot of ground to cover before even getting an alpha out. Maybe much later, in beta, but it should be after the core gameplay is released.

It’s not like there isn’t a precedent for that sort of thing. A ton of different countries around the world buy military hardware from abroad rather than designing and manufacturing their own.

For the same reason; if the SCF government military tech is better designed and more advanced than anything the corporations could come up with, why would those corporations not buy that stuff in rather than end up with inferior tech to their competition?

This will give our art team a good chunk of time to focus on the capital ships, stations, land bases, particle effects, and general polish as we push toward Beta and then gold release during 2017.

I’m REALLY hoping InovaeJan and her team can implement those 20km space stations. Massive structures like that concept drawing in Update #7 are simply amazing.

it’s not clear, beacuse you talk about multiple interceptor classes, but an interceptor IS a class of ship, which means you are talking about SUB-CLASSES. And Chassis=skin , that’s not relevant gameplay wise, unless they use a physics model that will pretty much not be usable in an online game, which is not worth the hastle since interceptors will be pretty much be the same shape-wise, size-wise and weapon-wise.
What would be a little clear:
"i want interceptors with different kind of weapons and speeds " <- one word: Sub class
“different”, “multiple” won’t say anything untill something is defined, or an example is given.

Anyways, they plan to do upgradeable modules, so you can customize your ship’s performance, if that saves the day for you. I’m not sure if those modules also mean that you can install other modules (weapons, shields, special features), but i think that’s what they want to do as well.

No, I’m talking about classes. “Interceptor” is the type. A class is a group of vehicles that share a similar design. Sub-classes are variations of a single class, where changes have been made that are not extensive enough to warrant the creation of a new class.

The Nimitz class is a class of nuclear aircraft carrier, it has 3 subclasses; the USS John C. Stennis belongs to the Theodore Roosevelt subclass.

Have I properly established what type, class, and subclass mean?

In-game, we will be flying a class of interceptor, who’s subclass is determined by what equipment is mounted. Let’s call this the Eagle class interceptor. Mount lasers on it, and it’s the Eagle-A, missiles make it the Eagle-B, while a mix makes it the Eagle-C.

These are skins, as modeled by the (sadly, now defunct) Hellion class corvette, from the kickstarter page:

i think you need to be clear about types and classes. At least in the industry (and economy, and social studies, and medicine, and biology, the list goes on), it works the other way around, We have a class of cars, of planes, of microcontrollers, of devices, and inside those classes we have types, like a raspberry pi 2 is a type of raspberry, and raspberry is a class of ARM computer. Let’s follow the industry standars for the sake of understanding. Btw when programming (objects) it works pretty much the same.

anyways what you want is:

just to add for clarification:
"An objects’s class defines how the
object is implemented .The class
defines object’s internal state and
the implementation of its
operations.

In contrast, an objects’s
type only refers to its interface -the
set of requests to which it can
respond.

An object can have many type,
and object of different classes can
have the same type."

How is that not clear? I provided for you real world examples, you can look them up yourself; I encourage you to, in fact. An aircraft carrier is a type of ship. The Nimitz is a class of aircraft carrier. The Theodore Roosevelt is a subclass of the Nimitz class. That’s how it’s done.

In relation to I:B, an interceptor is a type of ship. The Eagle, to use my previous example, is a class of interceptor. The Eagle-C is a subclass.

What I would enjoy, regardless of whether we get them or not, is multiple classes of interceptor. And bomber. And carrier. And every other ship type.

How is it not clear that you need to donate $2.5 million, to get what you’re asking for?

It’s too much for them @TerranAmbass…

other than upgrades, i don’t think they will be doing anything further than that for now, maybe if we reach a perk thanks to pledges

As far as I know, there’s no planned differentiation for each sub-faction of the Starfold faction, at least on the chassis / whole skin part. There’s more than enough to do with getting the planned ship to life as it is, plus everything around like gameplay.
Also, remember that the modding feature might get us some very interesting things. The skin mods might only be seen on the client side, but that would be quite a nice thing already to have in the future