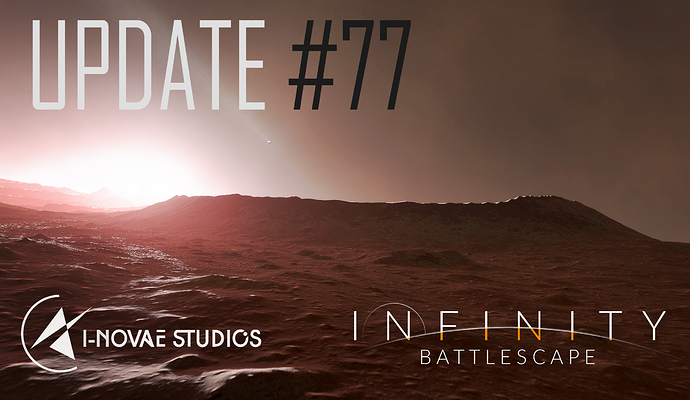 Hey everyone, it’s time for your weekly update. After our last update a group of community members expressed interest in helping us tackle the problem of stuttering in the networking code. Flavien spent some time building a small example application which was made available on our forums. We’d like to thank everyone who participated in the ensuing debate. Some interesting solutions were proposed and we’ll be testing a number of them to see if anything helps eliminate the problem under real-world conditions. As it stands right now we’ve decided to (mostly) move beyond the stuttering and Flavien has spent the majority of his time this week working on wrapping up the remaining networking loose ends as he prepares to start on server-side planetary collision detection – the last major blocker for the next patch (that we’re currently aware of). 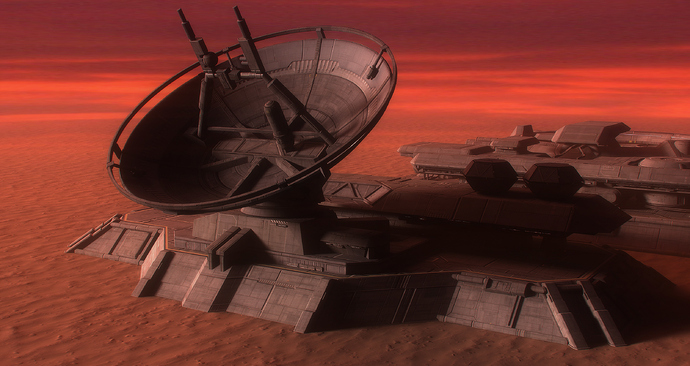 Pre-rendered image of the WIP land base communications building

On my end I’ve made good progress on text layout – the UI can now render full paragraphs of text with different types of paragraph alignment and text wrapping. Before I’m finished with text v1 there’s still a couple of features left including paragraph overflow trimming, justification, whitespace trimming, OpenType features such as ligatures, and text decorations such as under/overlines and strikethrough’s. Of these I think overflow trimming and justification are likely to be the most difficult but we shall see. As I mentioned last week, once I’m done with text I’ll move onto the I/O event system, scrolling, hit testing, and then integration into the game. For those of you with Developer Access who accidentally discovered that the Esc key immediately exits the game, you’ll be delighted to hear the plan for the first screen made with the new UI is for a proper in-game menu which you will bring up with the Esc key! 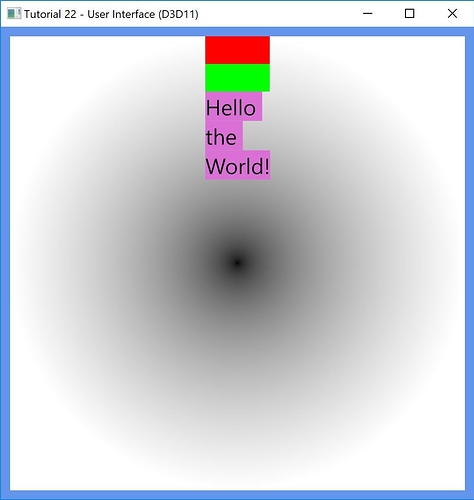 WIP UI including a stackpanel with a 10px margin, radial gradient background, 2 buttons, and a text block with word wrapping

On the art side everything is continuing along with the usual set of work items. Kristian is working on the land base communications structure, Jan is still powering through station materials, and Dan has made more progress on the destroyer final geometry. As for scheduling we obviously took a big hit in August with the unexpected networking issues we ran into with stuttering. If the problem with server-side planetary collision detection doesn’t take more than a week or 2 we should be on track for a September release of the next patch. After that the expectation is that the new UI will be ready for integration into the game and our focus will shift full steam ahead towards the Alpha. Our hope is that the big investments we’ve made over the last year in systems we’ve previously neglected such as networking, physics, UI, threading, etc will begin to pay us back as we move through the Alpha and beyond. 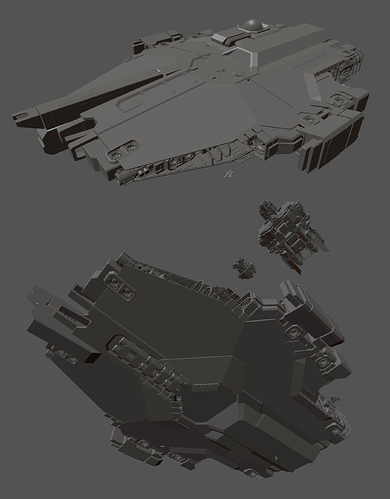 For those of you with Developer Access who accidentally discovered that the Esc key immediately exits the game, you’ll be delighted to hear the plan for the first screen made with the new UI is for a proper in-game menu which you will bring up with the Esc key!

Can a simple text chat be high on the list too, as myself and @Hutchings encountered each other yesterday but couldn’t communicate other than wiggling and shooting each other?

That destroyer is looking really nice.

As for the networking, probably a good idea to finish that off now, even if it’s not quite perfect. We’ll probably need Alpha testing to smooth it out properly anyway, as we’ll start to see some real, in-game behaviour between multiple players.

As I said before though, I love all you guys who are helping, but also @InovaeFlavien deserves massive credit for engaging with the community and having a genuine discussion on how to solve the problems! Not many developers would be willing to accept outside help I think.

All of us Alpha backers who participated in Alpha backer play test weekend, have discovered that too ;).

Do you guys have any plans for adding any game play features related to land bases/stations structures like communication centers, power plants etc, where damaging/destroying them will affect how whole base/station will function?
Of course plans not now, but for the future, after game will be released.

That antenna dish doesn’t look very functional with all that clutter inside (not that I mind it).

How do you target players again?

I love the antenna dish. Anyone touches it and they die.

I agree. The purpose of a parabolic dish is to reflect EM. Ridges etc are going to deflect the EM from the desired path.
The large struts at the bottom of the dish appear to be for structural reasons (although there is no reason why they couldn’t be on the under side of the dish) however the other bits appear to serve no purpose. 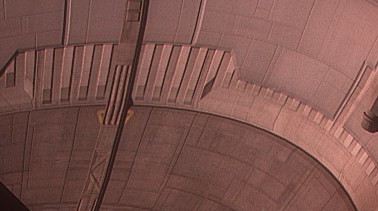 Regarding the structures in the middle: There should be a feedhorn (which can have greeble, cylinders etc all over its upper and side surfaces) at the focal point but instead there appear to be some components off-centre.
I think the cylinder is irrelevant really as its occluded by the strut above it, however it looks like nonsense greeble, as do the pointy bits.

This dish has quite SFC supports holding the feedhorn: https://upload.wikimedia.org/wikipedia/commons/2/23/APEX_Antenna.jpg

Battlescape is set in the future with advanced technology so there’s no need for things to look like their modern equivalents, but physics is physics - if you’re going to have a parabolic antenna, it should be conceivable that it might actually function as a parabolic antenna.

How many more tutorials before the UI stuff is finnished @inovaekeith? 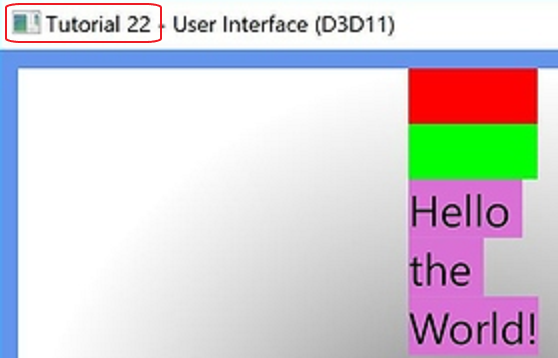 Banner images look to be incorrect on a few of the sites posted.

Thank you for spreading the news for us! It’s most appreciated

I should have said that apart from the antenna it’s a nice update.

Good to see visible progress on the UI!

We eventually want to make our technology available through a public SDK so it contains a bunch of sample applications highlighting specific features, or tutorials as we refer to them within the code base, which are also used for testing and debugging. The latest, at number 22, is the UI

When you get around to assembling something that you’d like feedback on, I’d be happy to help. SDKs used to be a big part of my job once upon a time, and getting the interface right can be a challenge.

Oh the interface will likely be totally janky until we have time/resources to focus on refactoring/cleaning it and who the hell knows when that’ll be.

This game doesn’t seem to be on YouTube much lately, all the videos I find are months old.

We’re aware of this. The problem is we’ve been working on non-visual systems for some time. Once we refocus on gameplay we plan on increasing the rate at which we produce new videos.