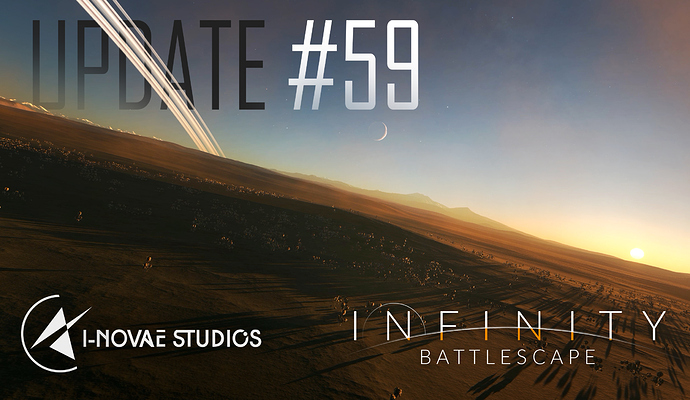 Hey everyone here’s your weekly update. On the engineering side Flavien has integrated support for Steam. We probably aren’t going to release the game on Steam until the Beta begins but most of the work for doing so is now complete. I was continuing my work on the UI when I ran into some crazy memory corruption issues. Those ended up taking a few days to fully resolve however in the process I’ve greatly improved our tools for tracking memory allocations. That means if/when a memory corruption issue pops up again in the future it shouldn’t take as long to find the source of the problem. 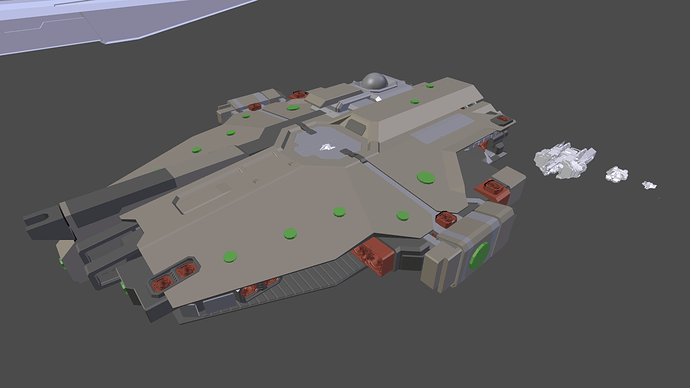 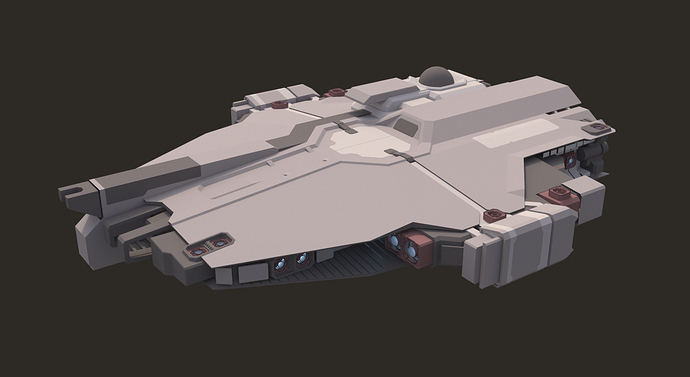 Pre-rendered image of the WIP destroyer

That’s all for this week. Now that the Steam integration is finished Flavien is moving back to completing the merger of the new networking code into the game. Depending on whether or not we run into any unforseen issues it could take another couple of weeks as a number of game systems have to be rewritten during the merger. 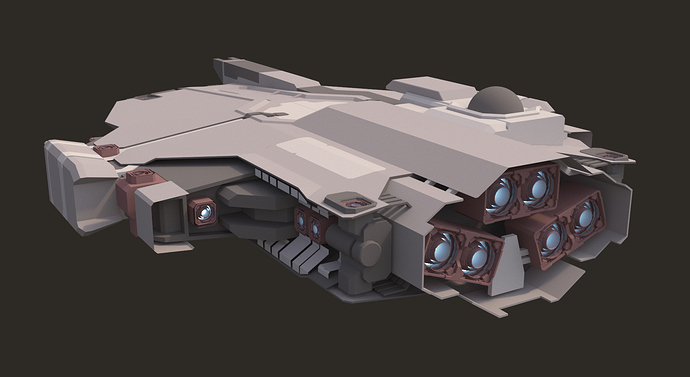 Pre-rendered shot of the engines of the WIP destroyer

So free alpha weekend in may/june, cool!
I have one question and i don’t want to create thread cos of it so here it is;
Is there going to be atmosphere entry visual effects implemented in future and critical angle according to it?
I didn’t watch newer vids so sorry if they already are there

On the engineering side Flavien has integrated support for Steam.

Just curious, what does that entail?

Will the ingame menues be rendered ‘into’ the game world or will it just be drawn on top of everything?
It would be cool if actual menues were rendered onto the cockpits monitors and when activating certain menues the headview would focus on different displays ingame. Kinda like in Elite Dangerous. I think this would also hugely benefit future possible VR integration, since decoupling the view from the UI is important for that.

There’s a piece for authentication that is missing and can’t be solved until we get Greenlit ( or future Steam Direct ).

EDIT: One question, what’s with that dome?

Is there going to be atmosphere entry visual effects implemented in future and critical angle according to it?

Yes there will be in the final release version of the game. We won’t get around to adding eye candy until the Beta.

Will the ingame menues be rendered ‘into’ the game world or will it just be drawn on top of everything?

At the moment the plan is to just render it on top of everything though it’s possible that could change.

If all those here with CIG (SC) accounts could give a little love please to the new thread over on the SC forum. This would be good for keeping it up the top and seen by all new SC sign-ups. Hopefully pushing more and more new I:B fans this way.

Not just voting the thread, but the posts as well inc the weekly updates. I’ve used the new spectrum forum tools best I can to reproduce the weekly newsletter.

Add a comment as well, so its not all me, all the time.

i created another one in “other games” section, let’s keep advertise it everywhere!

Full release should be in 2018, beta after summer! game looks amazing https://www.youtube.com/watch?v=TJqkiNAuBrw&t=126s https://forums.inovaestudios.com/t/i-novae-engine-screenshot-thread/582

What happened, did they change their forum and not migrate the posts?

Yes now they use Spectrum, old forum is closed.
there is new section “other games” on Spectrum without IB thread so i created one, but i can delete it if some of you guys will create better one since you have pre-alpha access and i don’t, just let me know!
UPDATE: i deleted thread and let @JonnyRedHed to create another one, better one, so he will update it frequently with news!

i created another one in “other games” section, let’s keep advertise it everywhere!
https://robertsspaceindustries.com/spectrum/community/SC/forum/55059/thread/infinity-battlescape

I had been lobbying CIG for the spectrum ‘Other games’ section to be added.

I think they had to change their forum before the CvC Katamari reached 2000 pages of complaints.

That Destroyer is looking pretty slick (those thrusters especially), job well done. Btw, was that another ship-render in the top-left corner of the first image? Or possibly the land base?

Pre-Alpha Open or something, something catchy…but NOT free.

technically, alpha backers get free access to the prototype, it’s just “free alpha weekend” reads like
free access for everyone to the alpha, which does not exist yet.

Explain what it is with the thing you call it.
‘Alpha backer access weekend.’

Right!
Or weekend when redribbon will finally try out I:B!

The free part shouldn’t exist because alpha backers already paid. There’s nothing free about it! “Free” would entail that you didn’t paid shit but would still be gaining access for a weekend.

If you want, you might say Alpha Backer pre-Connection, that way you could say ABC. It sounded a lot better in my head, trust me.