Last week’s update was delayed by the holiday here in the U.S. but better late than never! For starters we’re working on wrapping up the patch we’ve been talking about for the last few weeks. All of the bug fixes and new content we wanted to get into it have been completed and now it’s just a matter of rolling out the new patching system and the website updates. We ran into a few hiccups caused by some Microsoft updates to our development tools but we’ve been implementing a workaround that should be sorted out soon.

On the art side things continue to move along at a good pace. Our land base placeholders have been completed and we’ve begun texturing our cockpits. Bland, gray geometry is finally starting to look like something you would want to fly.

For those of you who are interested in the nitty gritty details of how we’re texturing our ships you can read a post by one of our artists detailing the process. Now that it’s July our focus, after releasing the patch, will be on finally finishing up the improvements to our networking layer and releasing the new pledge upgrade system. August until the end of October we’ll be crunching on gameplay and hopefully dramatically increasing the frequency of our patches. 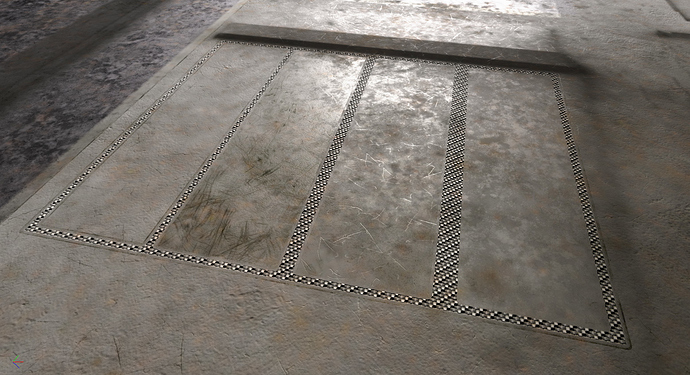 Experimenting with materials for ship plating

Now we’re starting to see some eye candy rolling out. Can’t wait to start flying around the new structures!

The texturing in the cockpit looks a tad odd - hopefully that is attributed to WIP. Ship plating, however, is looking really good. Pretty exciting week - can’t wait until we see some new stuff.

The base looks neat

Just hire some painters and it’s good to go

a question was asked over on the SC thread:

I have a question for anyone who has played this game. Can you please describe the controls? Can this game be played with a HOTAS setup? Is the flight model more similar to Elite or Star Citizen?

Input would be greatly appreciated. I am seriously ready to pull the trigger on this one but I need to find out how the game plays before I jump in.

Agreed, it looks like some stone texture. Maybe it is?

Did you miss out one of those images from the twitter post or is my mobile browser derping out again?

Looking forward to exploring all this new stuff.

I’d wait to see how it looks when the rest of the cockpit’s textured. Right now it looks too busy next to the smooth untextured grey, but so would anything.

@INovaeKeith I have one request for the update, just a small tweak. When piloting with flight control on, after making a maneuver the correction is too slow. Currently it seems like flight control is only partially on. It didn’t use to be this way, it changed when the new flight mechanics went out.

Say I pitch up, flight assist on. Then I stop pitching up, and center the mouse. The flight assist counters the momentum gained pitching up by pitching down. But it’s too slow IMO. I think it should be at the max pitch rate. Currently, it’s like it’s using only 30% of the available pitching power.

As others have said they look more ceramic than metallic. Perhaps that is the future alloy sci-fi hand wavey science of the future!..or it just needs some tweaking

I think it’s the level of reflectivity being low combined with the fact that it looks heavily pitted like cast iron.

It looks so good, that smoke in the land base looks very nice, will it be distorted when ships fly in it? That would look nice.
Also where does the base get its power supply because burning oil pollutes the planet which they wouldn’t want to do,
Also why are these released past midnight around 1am US time it seems a little confusing.
This is gonna be the most realistic battle game I have ever seen which is very cool, keep up the good work.
(Why are all my comments suggestions, I don’t want to stress you out so you can just ignore my suggestions sense I do them a little much and some are very bad ones.)
(I saw this coming… more suggestions) you should try promoting the game a little sense not many new people are finding it.
Also I want to upgrade my kickstarter donation but without losing its perks or redonating, mainly I am stuck at the $250 perk when I want to be able to upgrade it without losing the kickstarter perks so can there be a way to do that?(I might upgrade in the future if that is added because I need to get the money to upgrade by another $250)

Say I pitch up, flight assist on. Then I stop pitching up, and center the mouse. The flight assist counters the momentum gained pitching up by pitching down. But it’s too slow IMO. I think it should be at the max pitch rate. Currently, it’s like it’s using only 30% of the available pitching power.

That would actually be a question for @INovaeFlavien. He’s made some tweaks to flight controls for the upcoming patch but I don’t know the specifics.

Also where does the base get its power supply because burning oil pollutes the planet which they wouldn’t want to do,

The power plant is the large circular building with the smoke rising from it is the power plant. Polluting a planet is of secondary concern to extracting its resources - after all there are billions of planets in a galaxy and nobody except industrial and military personnel are living on these planets.

Did you miss out one of those images from the twitter post or is my mobile browser derping out again?

I posted an extra image to my Twitter and I posted even more extra images to Facebook which will get posted in about an hour.

Also why are these released past midnight around 1am US time it seems a little confusing.

Because that’s when I write them.

Yes it will be possible and after we get this patch out I will be working on rolling out a system that allows you to do that.

Ok also thanks for replying but I have a question why are they all fighting over that one solar system? what does it have that the others don’t? because they have found lots of earthlike planets just without plants.
I really want to help you develop the game but I don’t know how, do you know anyway I can help because I like modeling things in blender and creating textures so do you have a way which I could help because I really want to help you(I said that already) like maybe modeling some small parts like a solar panel or something, I cant code though so all I can do it make 2 models that you could code together for moving parts.
Can I try making a model of a solar panel(my favorite source of green energy) so you can see if I can help in anyway? If I do I will sent a picture.

I know I just really want to help so I am mainly making a model right now to show you what I can make so can you just see what I make to see if I can help (I am too young to ask for money and I don’t want any sense helping develop this game is all I want, also when I am bored I make custom models then delete them sense I have no use for them). So can I show you want I made when its done to see, mainly all I am planning to do it send some textured models for you to code into the game if you like them.

I don’t have that good grammer sorry about that.

The Solar Panel has 2 different models, the top and the stand, the top in game would rotate towards the sun.
The green in the picture is the battery.
Also most of the bottom part would be underground where it repeats the same part that is what is underground.
I never finished the texture that would take days, I just really want to help you develop the game and I don’t want any money for 2 reasons : 1. too young, 2. I don’t want it. You can take the model if you want I will send it to you if you ask but I only know blender so its a .blend 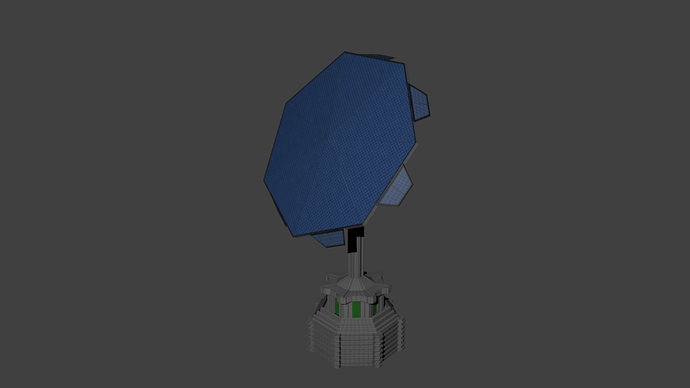 Yes I am too made Wip I call them Hutchings meet sunrise.Common Zen show their capabilities, I appeal to you! 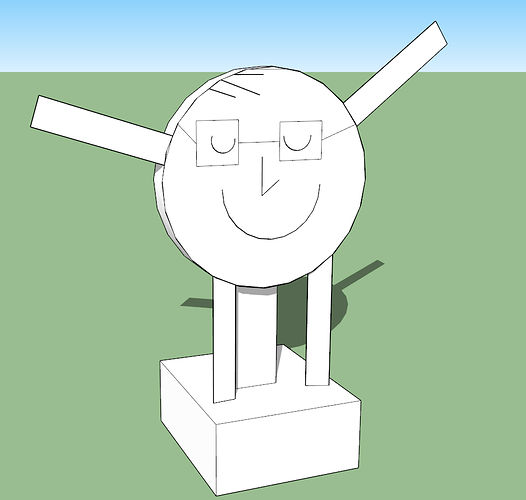 I thought I recognized that nose.

And yes @Zen, don’t be shy, I miss your concepts, and your wit.