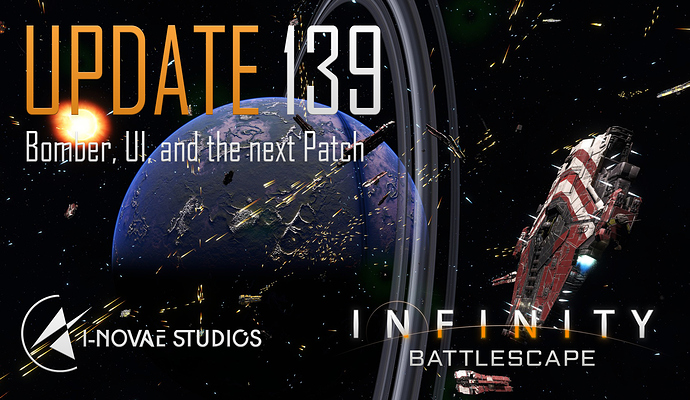 Hey everybody, time for another update. Before I jump in to development news, I’m happy to announce that we’ll be collaborating with Markus Zierhofer to produce Infinity: Battlescape’s soundtrack. Markus is incredibly talented and the quality of his work so far gives us full confidence that he’ll be able to nail down the musical style for Battlescape. You can listen to some of his work on his website: 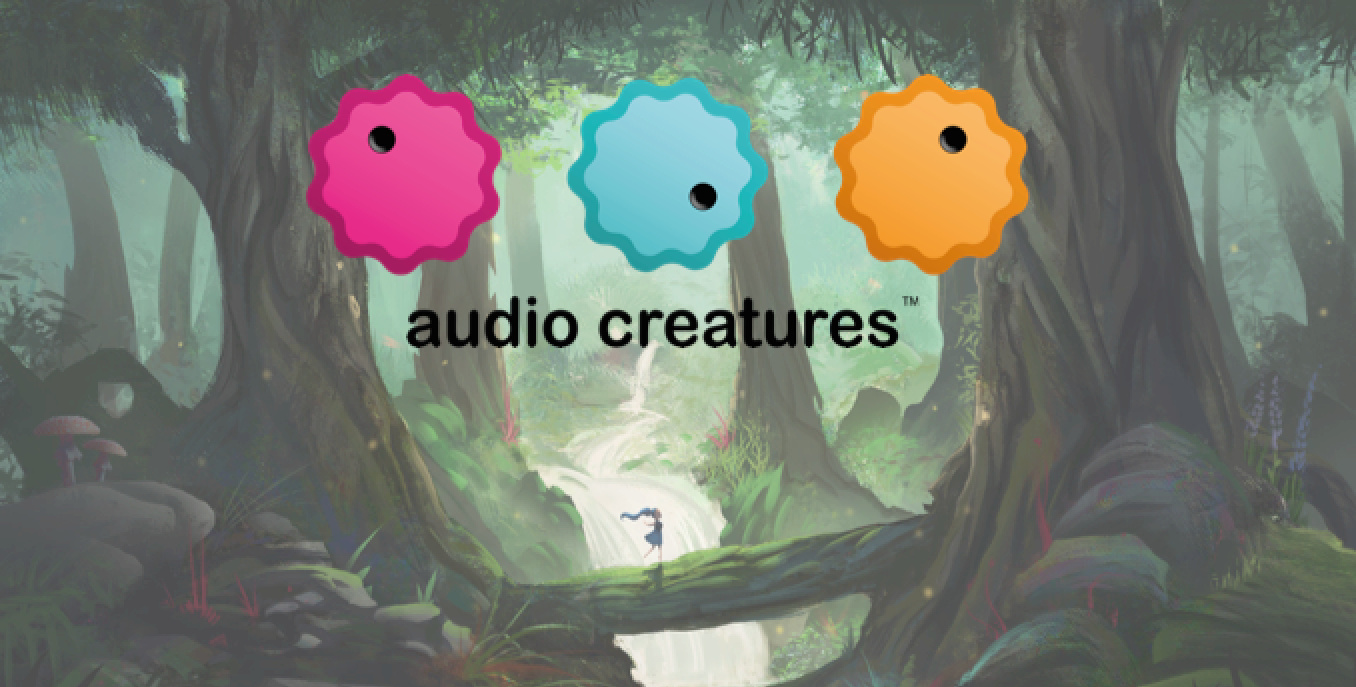 music for animation, games and films

Markus has already completed the main menu theme, and I can safely say that the entire team is in love with it. In the coming month or two he’ll be producing a couple of ambient soundtracks, anticipation / thrill and finally battle tracks. We’re in the middle of figuring out how to seamlessly blend all these tracks together based on the game’s context dynamically.

We haven’t determined yet if we’ll patch the tracks into the game one by one as they’re produced or if we’ll wait a major patch in July / August to make them all available at once. More news on that in the coming weeks.

In other development news, Kristian has finished texturing the bomber. The bomber textures that were available in the backer’s beta patch 0.4.6.0 were still a work in progress, so now Kristian has been able to finalize them - especially everything related to rusty edges, roughness and small scale details. Here’s a screenshot of the updated bomber: 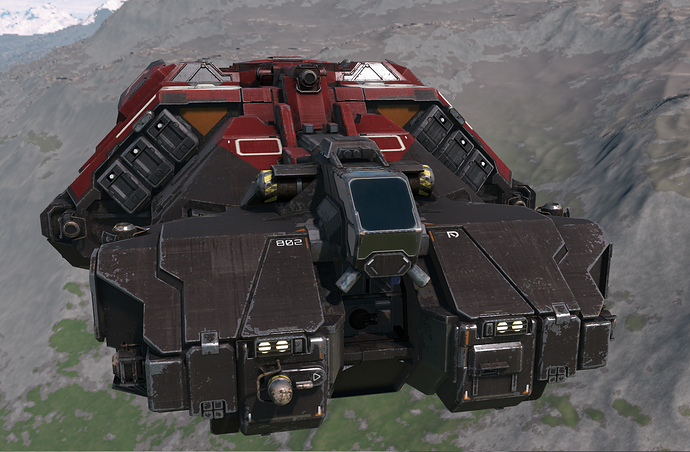 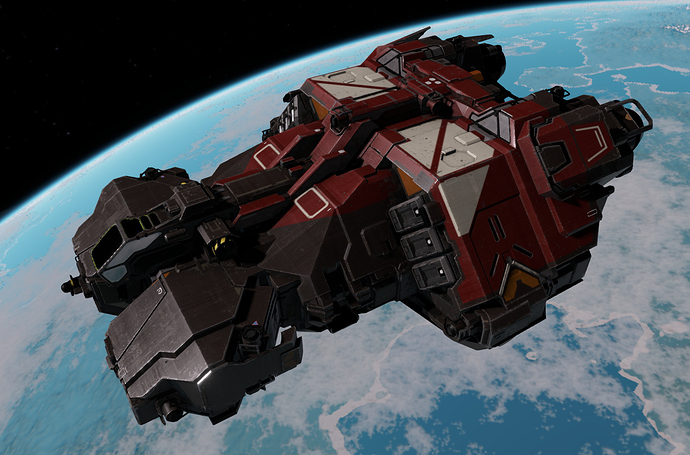 On the UI side, most widgets have been completed and are now functional. The UI code is getting integrated into the game and we’re now ready to build the new star map or ship selection / upgrade screens. The goal is to have a first version available in the next patch, next week. It’ll look pretty ugly at first, as we’re spending no time on “making it look good” - functional is the keyword here. The first version will be very simple and will definitely be lacking, but in the next few months we’ll continue to iterate on it until it’s ready for Early access.

Speaking of the next patch, we’ll probably be reverting the flight model experimental anti-drifting system introduced in the last patch. We didn’t feel comfortable releasing the game without at least testing it once. It’s possible that we’ll keep it in a reduced form as an equipment, for capital ships only. Another change that we’re thinking of introducing is aligning warp-out velocity to a target ( within bounds ) when a player disengages the warp drive. This should make it easier to catch up with a fleeing ship, which at the moment can be a frustrating experience.

That’s it for now, more news next week for the new patch, and (hopefully) the first pics of the star map !

Speaking of the next patch, we’ll probably be reverting the flight model experimental anti-drifting system introduced in the last patch. We didn’t feel comfortable releasing the game without at least testing it once. It’s possible that we’ll keep it in a reduced form as an equipment, for capital ships only.

Pleeease make this an equipment for all ships!! I’d always be willing to sacrifice a gun-upgrade slot to this feature because I like ships to be as maneuverable as possible. It should also make dodging missiles easier because you can make sharper turns, right?
This has an effect on gameplay and brings addional variety to the game, I suspect it also makes the game more approchable to total noobs and people who don’t even know what “newtonian motion” is or means in the context of a space game.
If anything the anti-drift equipment effect should be more dramatic (make the ship fly more like a plane).

Once users have mastered the game they will make an informed decision on what is more important to their battle role and capabilities.
It would be in the spirit of “easy to learn hard to master”.

Agreed. As a option that can be disabled or switched for something else it’s good.

Retaining a non-newtonian FM module for all ships causes problems for all players, not just the people who choose to use it. It kind of defeats the point of a newtonian FM if it’s optional, and the interactions between the modes would cause issues, newtonian players would need to stay near 0 speed to maximize relative accel advantage while the anti-drift would be zipping around using SC’s crappy peak accel tactics. It’s one thing if it’s just stats based upgrades but it’s a different physics system.

Something like this is way more likely to defeat any “easy to learn hard to master” possible since it simplifies the fm and reduces flight options due to the peak accel zones.

I was under the impression that the new mode just changes how the ship applies its thrust, not the physics in general.

Mattk50 is right, I don’t think it’d be a good idea to mix both flight models. An upgrade for capital ships however would make more sense, it doesn’t have to be as strong as in the current version, but a little boost to side thrust ( which is quite low on capital ships in the first place by design ) would be welcome. It wouldn’t exceed the main propulsion, so it stays within realistic newtonian limits.

Markus has already completed the main menu theme, and I can safely say that the entire team is in love with it.

Can you share it with us so we can fall in love with it?

An upgrade for capital ships however would make more sense,

Sounds like a good compromise to me, especially if it takes a slot which means you have to sacrifice elsewhere.

I would like to hear the main menu music in the game as soon as possible! But perhaps hold the rest back until it’s properly blended and implemented.

It changed the amount of thrust you had available depending on your current velocity which is most definetly not newtonian! Lore wise it’s possible to say the ship computer was doing it somehow but if the ship computer acts like physics work different, it’s functionally the same to physics working different.

Capital ships i think would be an interesting place for a lot of different ‘toys’ to experiment with. I’ve mentioned before that tractor beams exist in labs now so are reasonably realistic, dropping a tractor field or having some kind of attractive forces to project would be really interesting. Imagine the simple tractor stuff, but also imagine a cruiser grappling an asteroid or station for a fast acceleratio manuever.