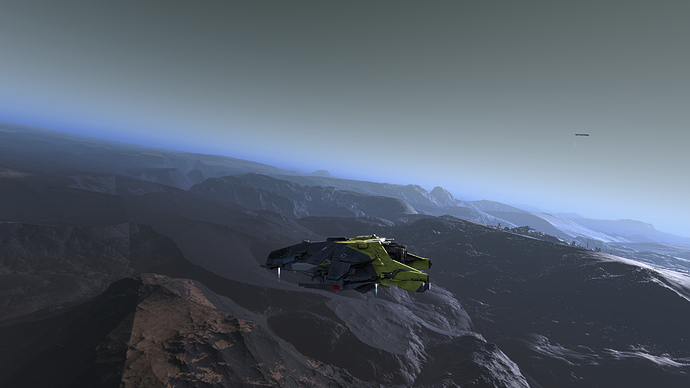 Don’t lie, I hear that voice in your head. But no, I am totally serious.

The reason I’m posting a weekly update so soon after the last one is because I’m actually planning on patching the game tomorrow, before the next community event ( hint, hint: I-Novae Community Events )

This patch will contain no new feature and no particular fix. Instead, I’ve been focusing on the past days on performance.

The main idea here was to profile ( benchmark ) the game in heavy stress conditions ( a 400 ships battle ) and see what kind of framerate I got. As expected, it wasn’t all that good ( around 15 fps on a 6700K + 1070 GTX ). The result of the profiling gave all sorts of… interesting… results. Including a lot of dumb mistakes causing performance issues.

Here are a couple ones:

That last one alone gave a stable +22% performance increase.

But this is only breakfast. The meal is coming.

Thrusters, lights and turrets were all attached statically to the ship mesh. So even if the ship was tens of kilometers away, they still added a ton of overhead to the scene-graph. They weren’t rendered, however they were still processed in the scene-graph. A capital ship could easily have hundreds of nodes, each causing matrix updates every frame, each being frustum-culled independently.

Instead, I am now doing a rougher view-cone vs actor test, and attaching / dettaching the lights, thrusters or weapons dynamically on demand. This helped to reduce drastically the stress over the scene-graph and relieved CPU usage.

Doing this for thrusters brought a +20% perf increase.

Then doing this for lights brought another +30%.

And doing it for turrets brought yet another +20%.

The stress test was performed in isolation, and that’s an important point. There was no planet in the background, no nearby space station, nothing else going on. You’re not going to see a 300% performance increase in game no matter what. Where it should make a lot of difference is during huge battles ( the 100+ ships at Glimmerfall / Hebellos ) where I often noticed the framerate dipping below 40 fps. It should now have become rock solid 60-70+ even with a lot of close-by ships and action going on.

The reason I’m posting this weekly update a bit in advance is to ask the community to play the current patch ( 0.4.4.0 ), and check their framerate in huge battles, so that it can be compared this week-end after the performance patch is out. The tests I did are only valid for my own system, but overall everybody should notice a significant performance improvement in heavy battles, and a small fps improvement in space / in calm scenes.

I also finished my investigations about micro-freezes / slowdowns when approaching an objective. As expected, there was still a bunch of assets which were not preloaded, and which caused disk access. This wasn’t much of an issue on an SSD, but on a mechanical drive it could explain the micro freezes when entering the display range of a station or ground base.

I would also ask the people who have been experiencing these micro-freezes to pay attention in the next patch and see if the micro-freezes have disappeared, or at least been reduced. Please let me know, thank you.

Great stuff! I can sense the happiness in your tone at being able to streamline performance! I look forward to testing the results, particularly that micro-hitch as stations load in the distance.

It’s already extraordinary how buttery-smooth the gameplay is, and has been for some time. You guys are doing some amazing work.

Now we just need clouds and ground detail for planets…

Hmm, I discovered today that the battle system’s reinforcements system was broken. The battles do start normally though, but they never reinforce properly after a while. So the battles are actually lasting less time than expected.

I’ll be fixing that in today’s patch too, but the result is that battles might become a bit more complex, with more numerous ships, so a 1:1 comparison in performance might not be easily doable anymore.

Even so, the performance improvements are strong enough that it should feel significantly smoother, even if there are more ships in the battles now.

Jesus christ. That radar is both nightmare fuel. And the most beautiful thing I’ve seen.