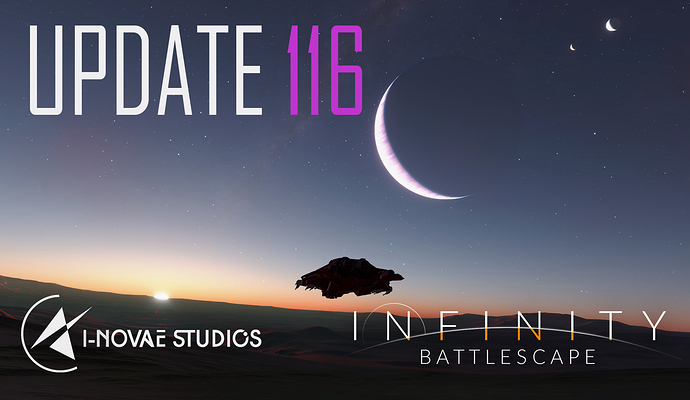 This week in Infinity: Battlescape…

It’s been a week since we’ve released our alpha version 0.3. We’ve had some great experiences during “community testing” sessions with a small group of players, trying for the first time to complete ( and compete over ) the match objectives. This is still a very early rough, unbalanced version, but I was very happy to see small strategies emerge with some players coordinating to attack certain locations. Of course, gameplay is still pretty limited at this point in time as we are lacking more content, more weapons and more varied locations. In the coming months, a game changer will be the addition of proper shields, both for ships and installations. Our goal here is to provide “weak points” in some bases, with shield generator modules that must be targetted and destroyed by small ships ( interceptors and bombers ) before capital ships can have a shot at attacking an installation. 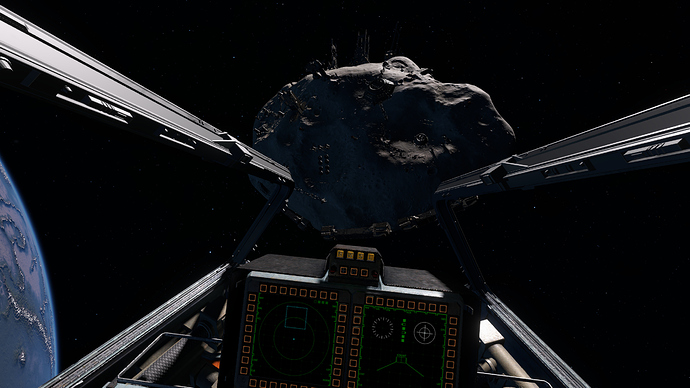 Yesterday, we released patch 0.3.0.1 which is mostly a “quality of life” improvements patch, fixing major crashes / bugs and issues from the alpha version. Although we are not trying too hard to balance the game yet ( too much content or features are missing and will naturally break the game balance later on ), we still need to provide a minimum amount of balance for players to have some fun to test the game. We reduced travel times between two planets so that players spend more time in the action than in warp. We’ve also adjusted various variables related to the match duration, since the amount of players in this alpha is usually pretty small - we don’t want matches to require a dozen hours of fighting to be completed - 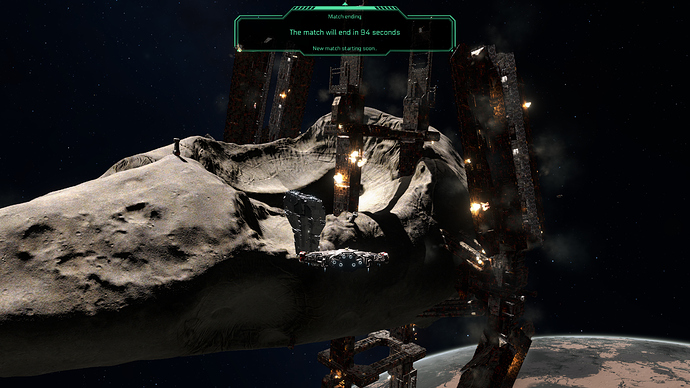 Following this train of thought, we added a new, smaller Battlescape involving two planets, each team having a giant asteroid base and a bunch of smaller installations. While we played with a bunch of players yesterday, we were able to complete two matches in respectively an hour and a half and 45 minutes, yesterday evening. Once we reach a higher server population count, it is our goal to open up the game to multiple Battlescapes within the star system the game takes place in, and also increase the size / complexity of each Battlescape. As a reminder, we call “Battlescape” an area of the star system which involves nearby planetary bodies and conflicting team infrastructure ( ex.: a planet and its moons ). You can see in this update two WIP in-game screenshots of the new asteroid bases.

There will be no new patch this week ( time to rest a little after the alpha crunch ), but in two weeks we are hoping to bring for the first time haulers into the game. That’s it for now, see you next week !