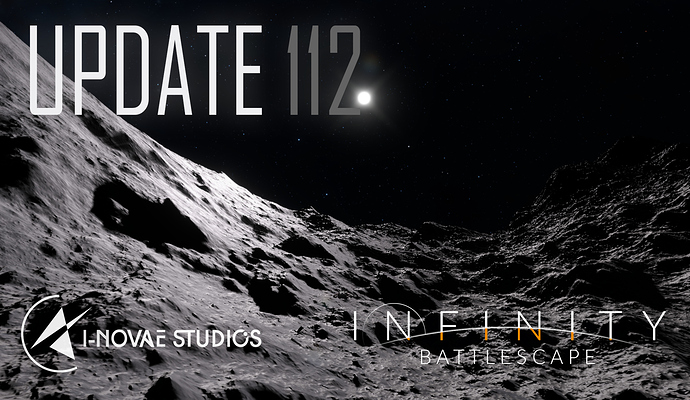 Greetings everybody. This week we’ve been doing a lot of progress towards the alpha. Static defenses have been implemented as you can see in the screenshot below. Jan created two new module types for space stations:

Finally, a third smaller module is being designed which can be placed on flatter sections of the station hulls. Auto-aiming turrets of various effects/power (machine guns or blasters) are mounted on these hardpoints, and are tracking incoming threats. Module sections have hitpoints and can be damaged. If the module provides functionality to the structure, this functionality stops (ex.: if a defense module is damaged, turrets on it will stop firing). 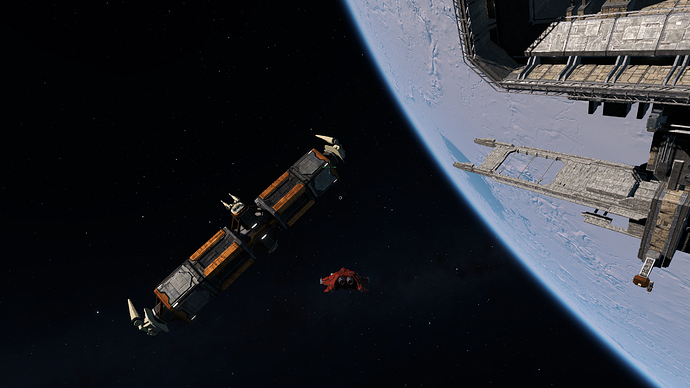 One thing that we still have to implement is whole station destruction as well as individual turrets destruction. At the moment those are invincible, but for the alpha they definitely have to be destructible. We aren’t sure yet on how to represent these damage states visually; probably with a mix of material, decals and particle effects, but those are still a work in progress and might not all be ready for the alpha, so expect more placeholders to come soon… 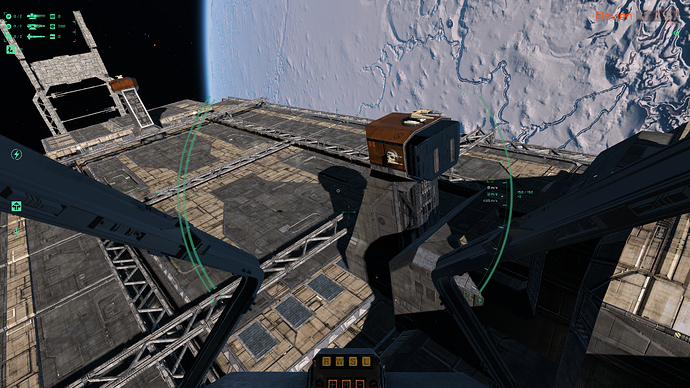 The next step, which I will start in the coming days, is to upgrade the detection/sensors system to the next level. The idea here is that when a match starts, in the initial phase players will have to scout and figure out where enemy bases are located. In the current version, you have to stop within sensor range of a base so that all your allies see it appear on their respective HUD. Since bases and stations are static, detection will become permanent when scouted once. The player that successfully scouted the enemy base/station for the first time will get a credits reward. The other piece of the puzzle is to make sensors conic / directionnal and not necessarily spherical. That way, a base will sense any incoming threat from the sky, but not below the planetary horizon at a certain altitude, which will open surprise/sneaky attacks gameplay. The enemy base’s sensor cone will probably be displayed on the HUD as a hint to avoid getting detected, which means that some players might have to stay in defense and monitor a planet environment if they want time to prepare for an incoming enemy attack. 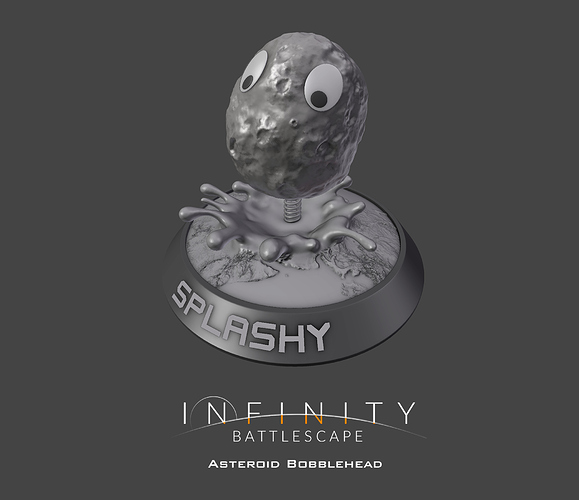 In other news, Jan has been making progress on the carrier while Dan has been remodelling the bobbleheads to their final stage. Finally, Kristian is busy with more user interface / HUD elements as well as more sound effects for the alpha, which as a reminder, is coming on the 15th of June. See here for more details and a FAQ:

See you next week,

Nice to see some more color being used on the stations.

Jan has been developing the asset workflow for a while now, the most recent assets are using a different overall material / texturing approach. So the colours pop more, the metals have more reflection value, and the contrast is improved in the most recent assets he’s been building. We should eventually apply the new process to the rest of our Assets.

I’ve updated Bluedrake42, Scott Manley, Angry Joe (I hope), and Dave Haddock (star citizen lead writer). Linked to the alpha thread and #112 newsletter. But if someone could tweet AngryJoe just to make sure that would be good.

So umm Huck’s name has been changed to “splashy” ?

So umm Huck’s name has been changed to “splashy” ?

This is not the asteroid you’re looking for… *hand wave…