That’s what I’ve heard a lot about the aerospace. I’m okay because I still have pure physics to fall back on. Although I want to go get a masters specifically in aerospace propulsion in plasmas…I personally think they’re the future of space travel for the next century. We just need nuclear reactors or some novel source of power generation to power them and it’ll be great.

I’ll see you in the industry:) I’m applying for a couple internships for next summer for some awesome companies and it would be so awesome if I got any of them.

What year are you?

I’m not exactly sure what year, as I started part time initially, and because of a major goof-up I ended up taking a few classes I didn’t need

(It wasn’t my fault, but I’m over it now

). So I believe this is my second year.

EDIT: I just now realized I forgot the ‘not’ in front of exact, making my entire post seem like I’m an idiot. But that’s okay, cause I’m one anyways.

Heh, not that it really matters. I’m in my fourth year but I haven’t taken most of the upper division classes for physics yet. I’ve still got 1 year left to take them in. I’ve taken and continue to take classes that aren’t necessary and make it more difficult

Forum load up attempt while accessing my college’s wifi:

Use Three grave accent before and after your code block to create a scrollable segment. 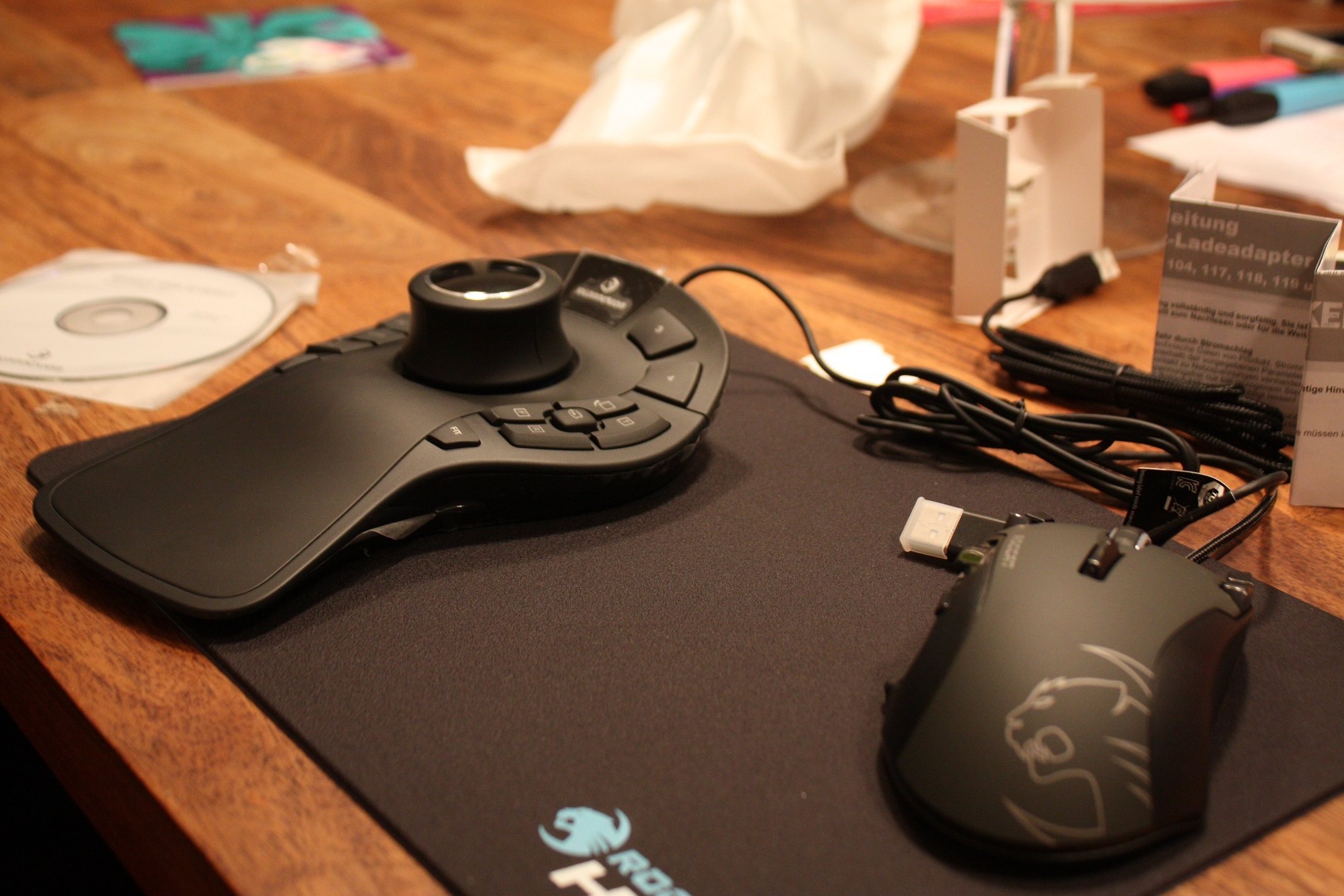 Oooh, a 3D mouse! Looks great, how much can you use it? Is it a significant upgrade for some software? Can it be used as a joystick replacement?

With the newest driver it can be used as a Joystick yes.
Edit:
They added Joystick Emulation in driver version 10 but dropped it again after version 10.15. But theres vJoy a supplement.

A 6 Dergrees of Freedom input device!

We’ll see how that works out.

I worked with another one from 3DConnections at work and it’s substantial for fast 3D work.

And I auctioned it. It came packed in the original package with all the foil still on and it costed me less then half the price for a new one.

Here’s a cutout of what I last used one of these on. Simple Mockup created in Solid Edge and rendered in Keyshot: 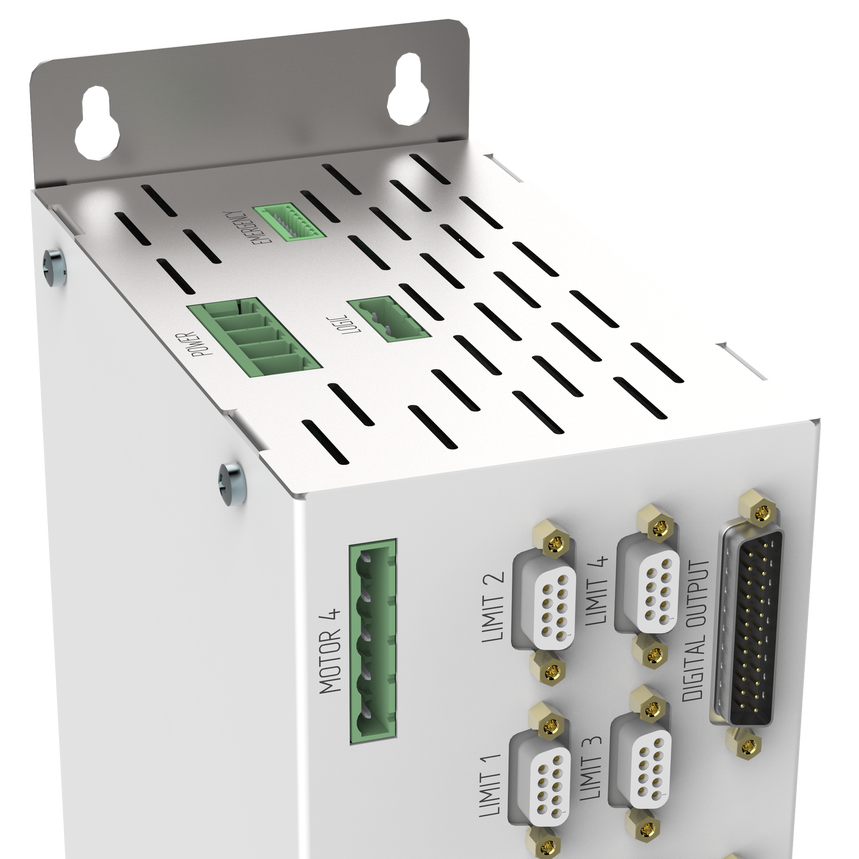 I spy with my little eye a RO-RO-RO-RO-ROCCCAAAT TYON!!! (complete with pad)

Welcome to the club.

I’ve the Kone XTD, and so can’t justify getting the Tyon. How’s it working for you?

If the speed of light is constant … doesn’t that mean that we could measures our absolute velocity to the universe or something? I get how relative velocities are calculated and that it’s hard to measure ones velocity without a truly fixed point but a velocity limit needs to be relative to something too. Or does relativity just cancel out for EM radiation?

As I understand it, a very basic explanation would be that the observed speed of light is constant no matter where you observe it from.

… I have no idea if that made any sense at all.

What sabre said is correct. The speed of light(in a vacuum) is constant. You can be at any reference frame and it will always measure c. Relative to us? C, relative to us in orbit? Its still c.

To answer your question I think the answer is no. This is because the speed of light always is c and can’t be used as any reliable reference frame

Amusingly, I get to see you slowed down, and you get to see me slowed down, so each will see the other ageing more slowly. This won’t actually create a paradox, as if I slow down to be motionless compared to you, the acceleration (a deceleration for you) will slow my time down to you - and symmetrically accelerate your time up for me - in a way that will make both of us see the end result (being that I will be the one who have aged more slowly).

@Kichae would better explain why this is directly caused by speed of light being a constant. IIRC, he was the first one I’ve ever read to manage a clear, understandable explanation of why exactly it works like that. Otherwise, this should also help:
http://www.physicsguy.com/ftl/html/FTL_intro.html

This is why relativity was a “crazy” idea a hundred years ago. It’s also one of the reasons why the alt-sci proponents are constantly trying to attack it: when you grow up in a world with a built in “universal” rest frame (the ground), the idea that no true universal rest frame sounds as ridiculous as it would were you told that people south of the equator walked in their hands and had their face in their torso… Oh, wait… Maybe that’s not the best example…

Yeah that was exactly my question.

I need simulations … they always help me with complex/mindbending stuff …

Using vJoy and Sx2vJoy as emulator/translator.
Deactivating standard driver by offlining every axis and setting every button to Buttonpress (Generic). So it won’t interfere by simulating Keyboard presses.

Been trying out the Spacemouse Pro with X-Rebirth (which is now playable by the way).

Wasted a lot of time (like I always do) using an outdated version of vJoy, staring in disbelieve at screenshots that look similar but not exactly, wondering what I did wrong … yeah was pretty pissed after I realized that big “Download” image was actually the download … I was trained not to click those.

After that it was some getting used to and developing a layout that worked with the game. I got it set up that most buttons needed are on the spacemouse and in battle I use the keyboard as addition for forward speed control and activating weapons, also dialogue windows. I even use it to navigate menus. Feels pretty good to just pull down and press down to select. 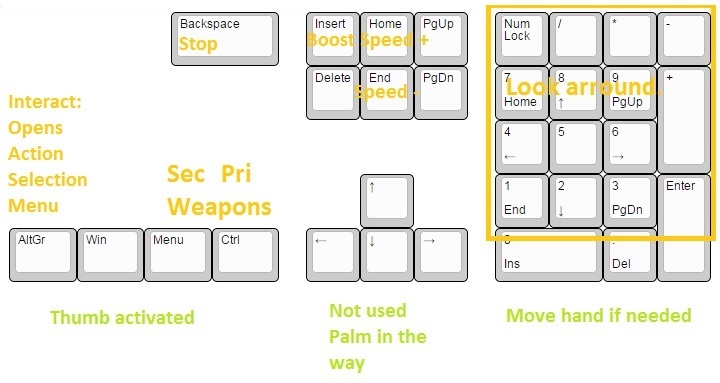 As you may be able to see there isn’t a single dead zone, even in the game setting it’s set to 0 and allows extremely precise movement. Using translation and rotation gets into each other way though and needs skill to navigate that physical border. I think with enough training I’ll be able to aim directly without aim assist.
I’ll do a video when more comfortable with it.

I tried using the build in X-Celerator (an analog, one axis controller) of the Roccat Tyon too. It works and is precise. But the build in deadzones are gigantic. It has a starting deadzone of 15% and cuts of at 50% going to full thrust from there. That only leaves about 35% to be controllable. I hope they implement a setting in their driver in future updates to allow tweaking the deadzone. There’s no workaround as those are the signals the driver outputs.

I pre-ordered that thing, and as I am a hopeless optimist when it comes to justifying my purchases, I played it to much to risk trying for a refund. I felt like strangling the devs for that piece of junk.

I know. I read enough discussion on that part and also “tried” to play it some week after launch. They released an alpha back then … why whatever.

But as they are egosoft they did the same they did with X3 … patch it. Now if you don’t like the whole game design, that stays.
But performance, Bugfixing and especially UI upgrades (check the gamesettings) brought it to a “Release” level. It’s version 2.51 at the moment.

They plan to release version 3.0 by December which will add even more requested features.

Marketing tactic plus or minus. If you got the game and some when plan to play it again/the first time I advise you to get the expansion they’re building before release without added cost: http://store.steampowered.com/app/325580/

After release it will cost. They need to eat after all. 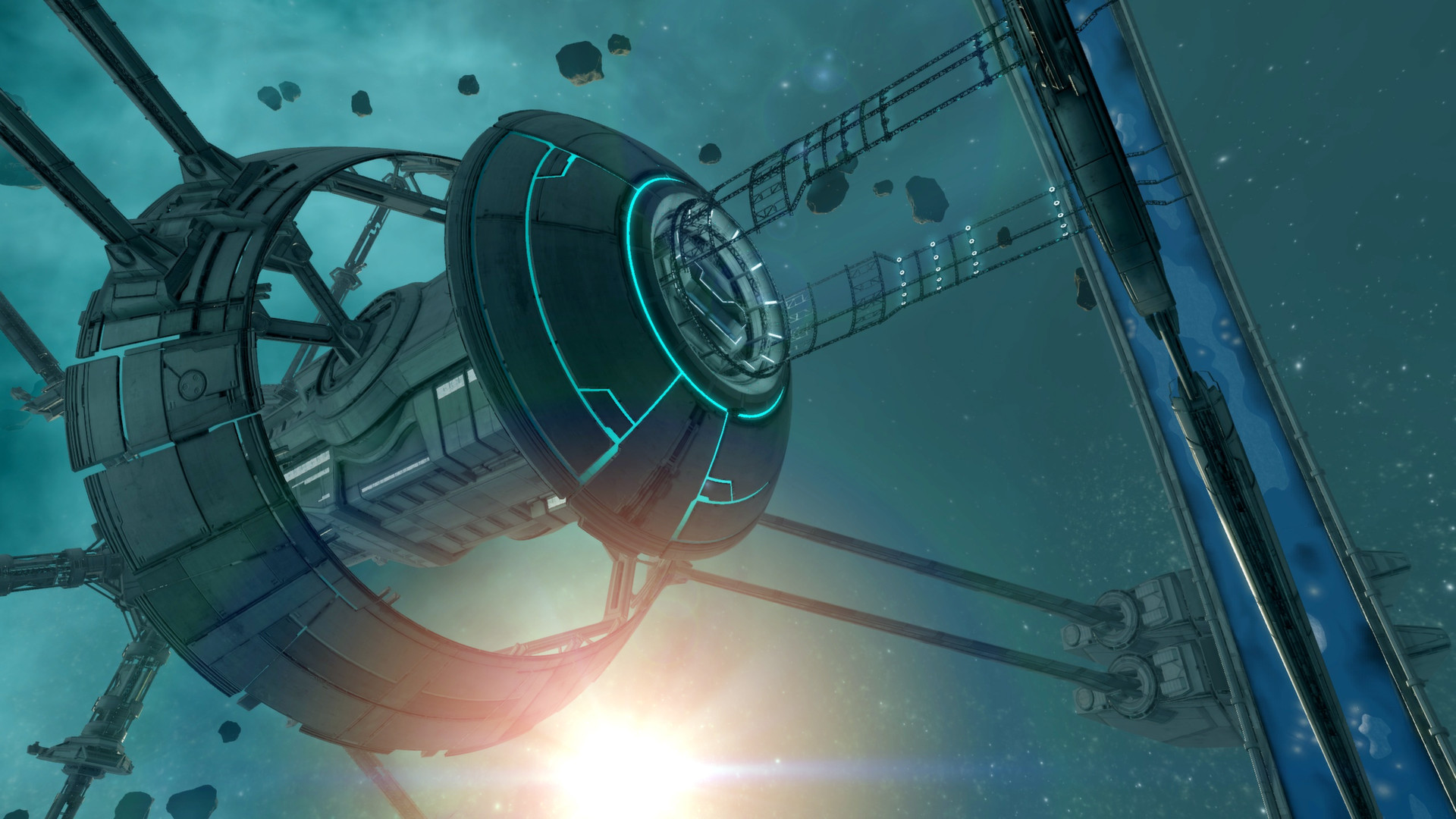 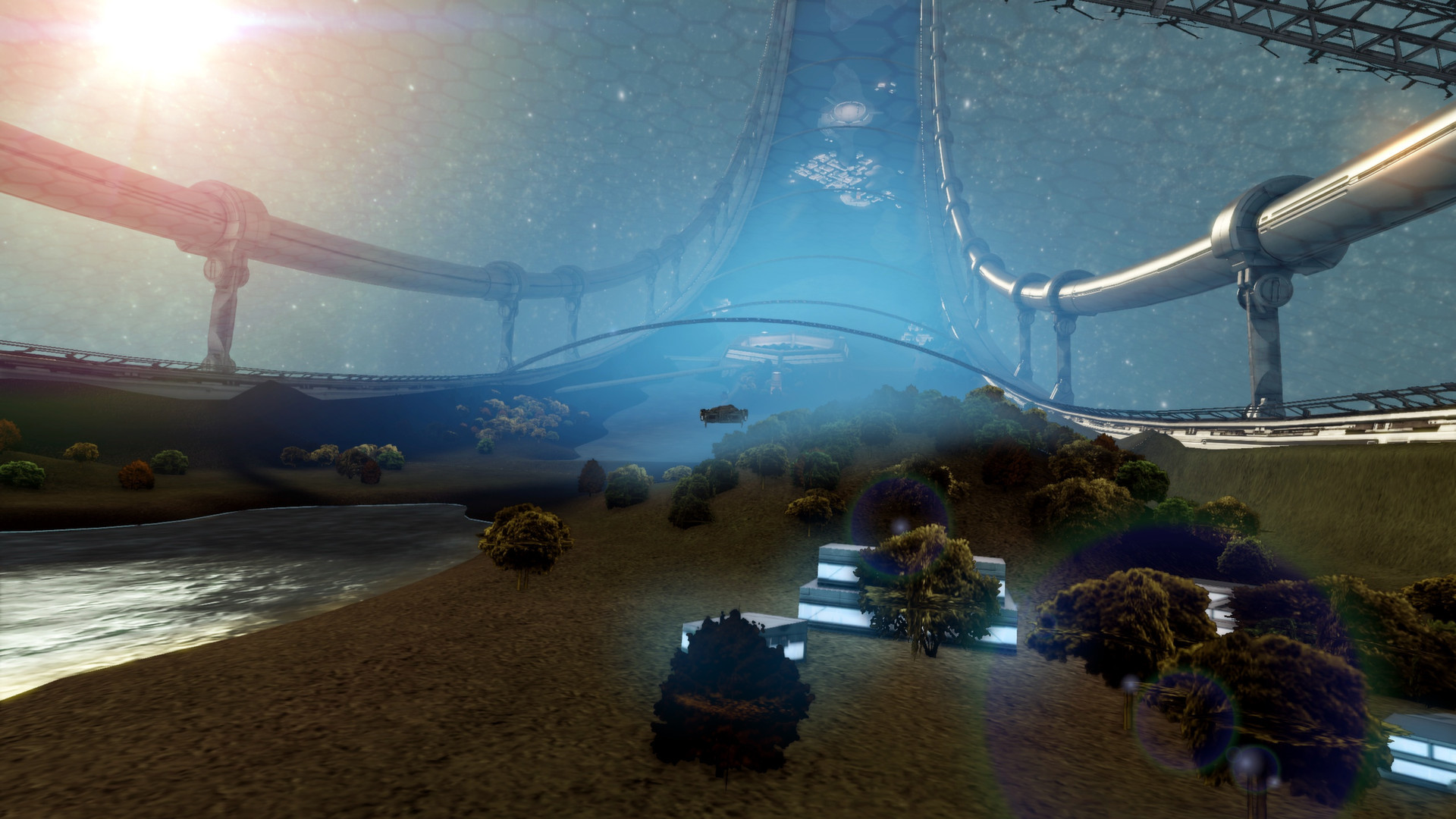 So… are we still stuck in the skunk? Or can we finally go into other ships?

So… are we still stuck in the skunk? Or can we finally go into other ships?

Now if you don’t like the whole game design, that stays.

Unknown what 3.0 will bring. I wouldn’t bet on it though. If they would introduce it, it would be quite the surprize. They added small ship dealers though. Maybe that was only the start. 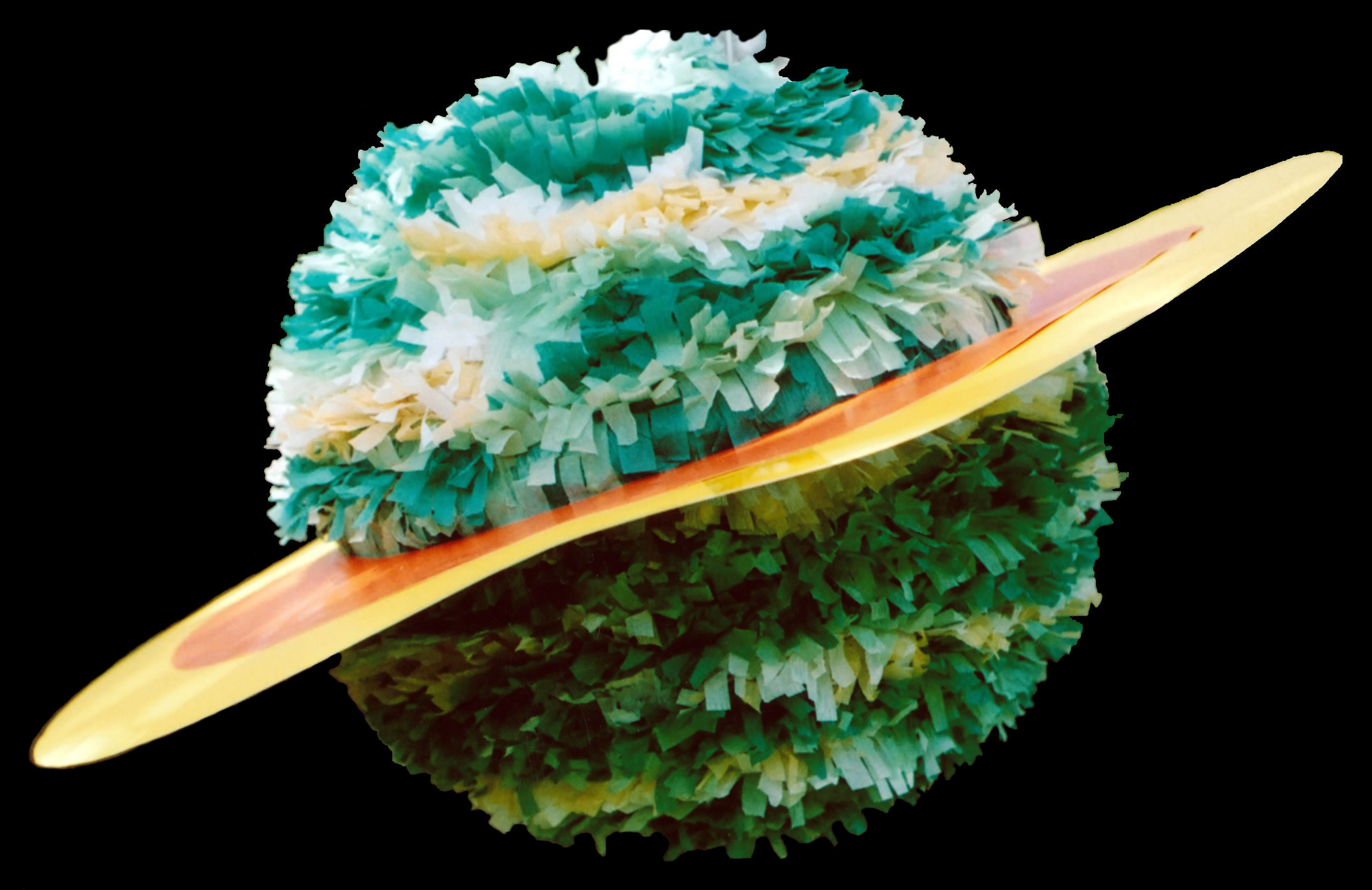 I want to fly my paper mache starship into that colour card ring system, covered in glued on glitter. Maybe even revolutionize the pinata candy trade industry in the process.