Currently, this game only has a single thing going on: show up at station/base, shoot stuff, leave.

There’s currently nothing beyond that. Sure, you’ll have big battles, but there isn’t really any difference between early game and late game, other than “hey there are more capital ships around here”.

Getting straight to the point, I think that adding depth to the system could be fairly easily achieved by making station attacks a multi-step process. Here’s one way I envision it happening.

In brief, my suggestion revolves around the implementation of a large nigh-impenetrable siege shield around each station. The siege shield would prevent any direct attack on the station.

This provides two options for the opposing team when trying to destroy a station:

If the hauler supplies are interrupted, the siege shield eventually will wear down to a certain point, but not actually drop. To drop the siege shield, an offensive must be made in a massive end-game battle. Have planet bombing cruisers and bombers spamming ordinance at the shield, outer station defenses intercepting torpedos, counter attack groups trying to destroy the cruisers, etc.

The outer defenses of a station should be upgraded as well, ranging from small anti-strike craft and torpedo platforms to veritable mini bases, with mk 6 or 7 guns, as well as the arena anti-siege cruiser ordinance defense system.

Currently, other than fun-factor, there’s no reason to do anything but grind as quickly as possible to cruisers. This idea does some interesting things to player progression through the match, and could be expanded upon to further emphasize the use of strike craft throughout the match length.

In just this concept alone, strike craft would be in charge of interception of the haulers, would be the only really effective means to attack a planet side base, as well as being principally involved with the attack and defense of the arena defense stations both planet side and in space, etc.

Stations already have shield generator assets (they’ve had them for months now) - I’m just posting that to show that we’ve been thinking about match progression issues for a while now, and we’re certainly aware that a lot of work has to be done on it: 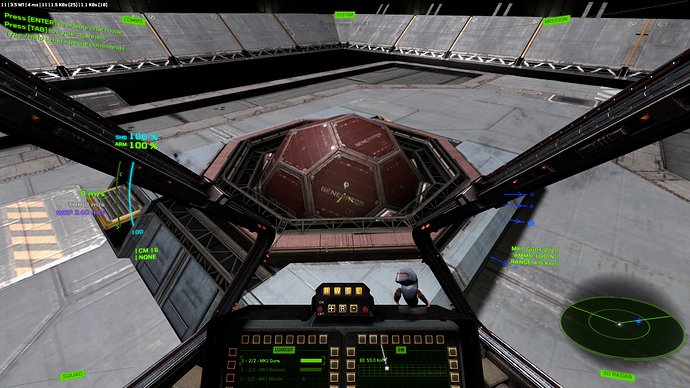 They’re obviously not functional yet, but the idea is that they’ll act as weak points on stations for interceptors to attack and to lower the shields, allowing capital ships to attack.

We’ve also been thinking of match staging and having possible dependencies between bases ( which has been suggested by the community before ), as in: you need to destroy some bases in a certain order / with certain dependencies in order allow others to be attackable or weaken their defenses.

At the moment what we have in mind is a hierarchical dependency system ( basically, to attack a large base you need to have destroyed 2 mid-size bases, and to destroy a mid-size base you need to have destroyed 2 smaller ones ). We’re only at the brainstorming phase so nothing’s been decided yet, but certainly all ideas are welcome. I do not know if the dependency needs to be planet-side base vs orbital station but it’s certainly worth considering; same for the hauler playing a part in weakening defenses…

There are two ways I can think off the top of my head of that will enable strike craft to attack the generator using the siege shield idea.

The first is to have the weakness in the geometry of the shield: 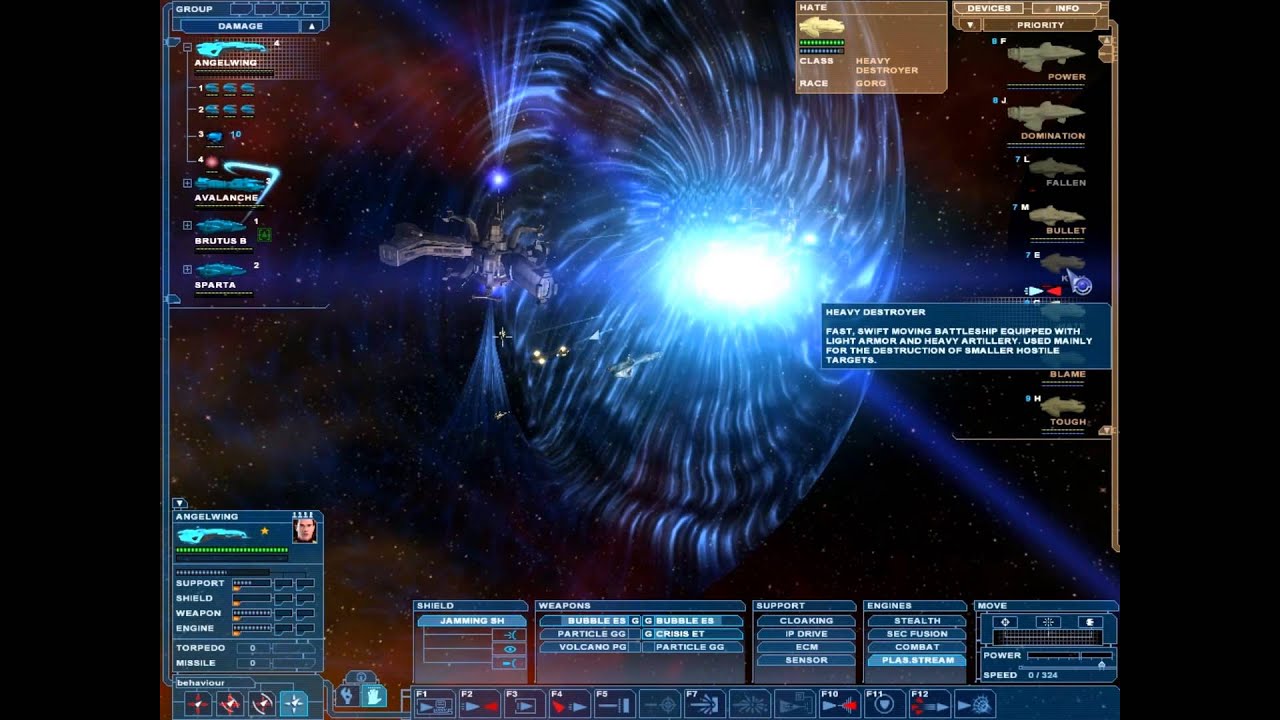 This image is taken from Nexus: The Jupiter Incident. As you can see, there are two points that serve as the origins of the siege shield, which makes the shield torus shaped. An interceptor or a bomber could fly through the center of the torus from the top or bottom and attempt to attack the generator. Give the generator a large health pool, plenty of defense turrets, and it would be difficult to take down, as it would require the attacker to be still or fly in a straight line to line up shots. I’d be perfectly happy to have Nexus’s siege shields completely ripped off, nobody has heard of that game anyways.

Incidentally, this would be very similar to the classic death star torpedo run.

The second idea is also a rip off from another sci fi universe: Farscape. I can’t find any source picture except for one really poor quality one, which I won’t post.

To briefly explain, the shield, once it loses some power, has “holes” in it. These holes move around, making it difficult to fly through. The weaker the shield, the larger and more numerous the holes. Smaller ships would be able to fly through the hole and be able to attempt to take down the shield generator from the inside

Really nice dependency there and it creates gameplay from the ground up, pun intended.

I’d be perfectly happy to have Nexus’s siege shields completely ripped off, nobody has heard of that game anyways.

Harsh. I’ve heard of it

I played it, never finished it for some reason. I liked it.