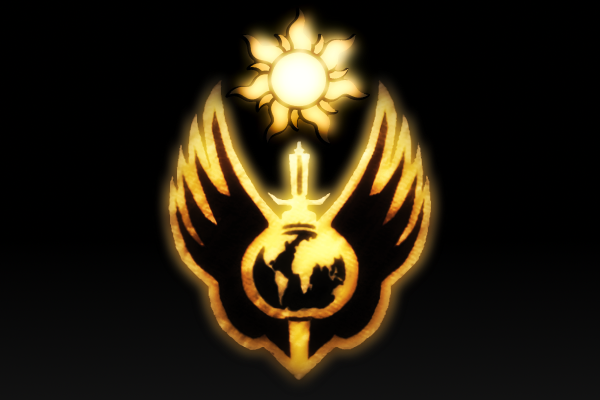 “For the glory of the Order!”

The Solaris Protectorate Order is a multipurpose organization dedicated to the development of a self sustaining economy on the outskirts of known space.

The Order originally consisted of 5 branches, working together to achieve a common goal.

Formally founded on October 21st, 2010, under the Treaty of DCIS (Defense Coalition of Independent Systems).

Now that the Kickstarter is available, we have found that our MMO-oriented hierarchy will not work on a game that is primarily PVP oriented. As a result, we are currently REWORKING our organization to accommodate this design decision.

As per decree, all pre-Kickstarter members who have contributed to the community are honorary Elders.

We hope development continues at a steady pace, and are excited for upcoming Alpha/Beta releases.
For all Dev/Alpha backers: Join us in space on October 21, 2017 to celebrate our 7th year!
For all others: Stop by our Discord and say hi! We also play random games in the meantime.

Will you be backing the Infinity Battlescape Kickstarter?

In celebration of our 5th year of existence, which happens to coincide on the same day with the most important event to occur in over 5 years, join us in backing the Kickstarter campaign on October 21st, 2015.

Update: BadNewsBaron just had a great stream with Flavien and the Dev team, which almost 300 people were actively viewing. What a great way to promote the Kickstarter! Thanks for giving the SPO a shout out, it is a great day for us as a player organization, and we appreciate it! Is this coincidence? Or is it providence?

As part of our new SPO doctrine, we are ramping up our activity levels to unprecedented heights. Go out and spread the word about Battlescape, and perhaps our Order will grow with it.

May our unyielding Order last for decades to come!

Thank you all for your participation!

Welcome back. I don’t think there’s a post limit btw, so you probably don’t need to reserve posts

Well, greeting to new forum. Hopefully this will attract a new member or so

Good to see we can all get back together with shiny new forums :3

Indeed. I will be [re]making our thread sometime this week. I really mean it when I say that (unlike ehem ehem) Oct 23, 13

Took you long enough to create this.
Just kidding I know you’ve worked hard typing this all over again and making that table
It’s good to be back.

I wanted to post this thread up using my original account (SVB), but since there were database problems on this forum my old account was probably deleted… So I decided to make a new one for the sake of that promise!

P.S to anyone thinking of Joining visit the Official clan page and be sure to get on vent with us.
or skype

Greetings, my brethren!
Brother Megarith is reporting as it is my duty and honor to do!
May our Order establish good relations and flourish on this new soil.

For the glory of the order!
Megarith

From SPO to the rest of the community: We are with Infinity to the end!
Be sure to support I:B in Kickstarter!
…and remember to have fun!

Happy Holidays to everyone, active & non-active!

coolbeans. Never been a massive fan of Enjin, but yours looks alright.

Good day, fellow members.
If you haven’t heard over Skype or Ventrilo, we are currently allocating positions to fulfill the basic chain of command in preparation for Infinity: Battlescape.
Be sure to head over to our re-polished forum (props to Radiance), if you haven’t done so already, and post in the March “Re-Deployment” thread. We are looking for all active members to enlist in their desired divisions (remember, you can join more than one) and choose a main branch of focus.

Arkenbrien: I know you were interested in joining SA when you applied, back when SA was a locked department. The administration is now open to all members, so be sure to sign up!

I will be appointing the first officers some time tomorrow.
Thank you for your time!

Great to hear about Derfy!

Added Addendum 0.1: Supreme Command of the Order - Sovereign and Regent into constitution.

Cool. I’m not sure what this is…

Hello again all… I’m baaaaackkkk. Keith got me access to my old username