The start of a new community.

Much of the thought and planning behind my decision to create State of Mind is centred around Infinity, as one of my major goals has always been to bring an established and organized group of people to it. Here marks the beginning of that process.

The “core” members of the group include myself The Sane, divhead, and Nafen (all based in the UK). As a group of friends we primarily focus on co-operative games and are always in teamspeak together, regardless of what we are doing, and we would welcome hearing a few new voices.

To give you a better idea of what kind of games we play here’s a rough list of our past favourites (and ones we are likely to revisit):

Individually though we each enjoy a huge variety of games, from roguelikes to flightsims, so whatever you feel like playing you’re more than likely to find someone wanting to team up with.

Add me on Steam: http://steamcommunity.com/id/the-sane
Join us on Teamspeak: eurots1.gamespeak.com:9275 (password: dave)

. So even if you have plans of your own for Infinity (creating / joining a different IPO) you’re still welcome to add me and join us in the mean time. The ultimate goal though will always be Infinity.

Cool stuff @The_sane, I’ve added you on steam, nick on steam is [EVO]Curry.
I’m already in a semi-organized group but would be neat to get some gaming going anyhow.

Not recently, but it’s one we’ll probably be going back to for years.

I’m more than happy to come play with you guys, though I do have my own corp running…

It’d be nice to have some more Brits to hang around with though.

(btw, if you happen to have a domain, you can use TS3DNS to point the IP address at a slightly more friendly URL

(btw, if you happen to have a domain, you can use TS3DNS to point the IP address at a slightly more friendly URL )

What domain registrar doesn’t let you set your own SRV records?

Hm, not sure why I chose to copy the IP address for the teamspeak when gamespeak also gives an easier URL (which is what I myself use to connect). Changing it to a domain of our choice (once we have a domain) is something I will keep in mind though, thanks.

What domain registrar doesn’t let you set your own SRV records?

*shrug*
The TS3 server I use is hosted by Multiplay, but I wanted to use my own domain without having to specify the port. My domain registrar/web hosting didn’t really want to entertain that notion.

Hey. Nafen here. Just taking the time (now that the forums actually work for me) to say that “Yes, I do exist.”.

For the past couple of weeks we’ve been quite focused on War Thunder once again, tank gameplay has matured nicely and the addition of US tanks has added a little more variety to ground battles, and of course being able to break it up a little by switching to planes has helped keep me interested.

yay). I fully intend to get into the Homeworld multiplayer, and I hope to be able to look here for people to team up with.

Other suggestions are welcome! Perhaps you need some reinforcements in a game you think we might like?

Any of you guys playing Reign of Kings? 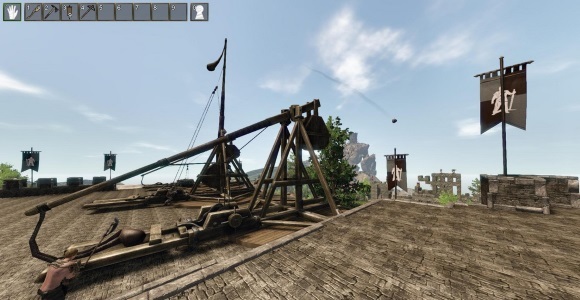 The devs of this game have a really poor history with actually finishing their games, they were the starforge devs and before it’s “release” they removed a bunch of features then suddenly jumped version numbers to 1.0. I kinda know one of the guys thats working for them and i really don’t like what i’ve heard about codehatch’s attitude. It’s basically “hey these morons keep buying our unfinished games, we don’t even have to actually finish them to make bank”.

They embody the worst of early access dev, intentionally exploiting the model.

That’s a little worrying. Perhaps if its developed to “completion” I’ll take a proper look at it (depending on what the dev’s deem as ‘complete’).

Hmm… I’m not sure what I will be playing next. Now that the Spring Break event has finished on Payday 2 and I’ve done all the new heists a few times it feels like it’s time something else took my attention for a while. I would say GTA 5 but it’s still a few weeks away.

Don’t buy and don’t play Early Access games, they can only disappoint. I have been burned by early access so many times that I have actually forgotten the names of those games. Usually, you get sold on the promise, play what is available, forget and give up on the game, well before release. That’s the same reason I don’t do KS anymore.

Only time when it’s a good idea to buy Early Access or KS is to get some sort of early buyer discount and then forget that you have bought the game, until it actually releases.

There are teams that really do their best to release updates, patches and stick to the deadlines, but from an alpha access or beta access backer point of view, it just takes too long to get anything meaningful into the game, and you consume the little updates so fast that they become meaningless.

It’s like eating your pancakes as they come off the pan, you never get the sense that there actually were any pancakes, yet there was a lot of ingredients when you started.

Don’t buy and don’t play Early Access games, they can only disappoint.

I mean, I agree with you to some extent, and you have to weigh up your willingness to back a given game concept with your confidence that the developers will actually deliver. With Introversion the concept was sound, the niche was fairly open, and they had track record of releasing high-quality cult-classic games.

It’s like eating your pancakes as they come off the pan, you never get the sense that there actually were any pancakes, yet there was a lot of ingredients when you started.

But, but… It’s the best way to eat them!

I set my teamspeak client to connect on startup. We can play games and do friend things with friends. Friendship.

TBH though, the only game i ever play is MechWarrior: Online… sooooo… yeah.

Prison Architect was a really good purchase and a good example of what Alpha Access should be like, so is KSP, I’m still amazed to be getting emails from Introversion with announcement of a new build every month or two.

We can play games and do friend things with friends.

I kinda think I need to find a new teamspeak host. Current one seems to be gradually getting more and more unreliable. Anyone have a recommendation?