Small update on the next patch - AMS (anti-missile system)

Just a small update about the next patch for AMS (anti-missile/torpedo/mines system) lasers for capital ships. We’ve been working on it for a while and it’s almost finished, but unfortunately due to the timing (winter sale starting on Steam and Christmas holidays) we decided to postpone the release of that patch (we didn’t want to risk servers stability during the sale since the patch could potentially introduce a lot of new bugs) to the end of the year or early january.

Laser countermeasures, aka AMS, are currently installed on Destroyers and Carriers. Cruisers are already full of weapons, but will eventually receive them too. Once ship upgrades and custom loadouts are implemented, players will be able to select how many and where AMS are installed on their ships. Due to the energy requirements, AMS aren’t available on smaller ships (which use chaffs as countermeasures instead). Lasers track and fire automatically once toggled and will cause a low amount of continuous damage on the targetted missile, torpedo or mine, causing it to explode after a few seconds. One of the reasons we couldn’t finish the patch in time are the consequences to the game in terms of balance; as you can imagine, this can easily make the bomber and its torpedoes useless if not carefully adjusted. There’s no doubt that it’ll take a while and require many iterations before it’s well balanced and we’ll need a lot of feedback after the AMS patch is out. 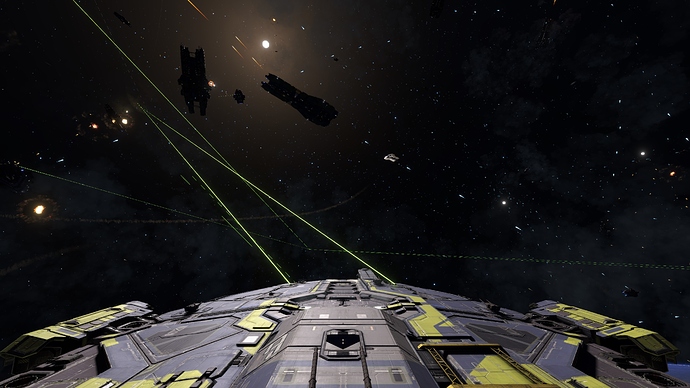 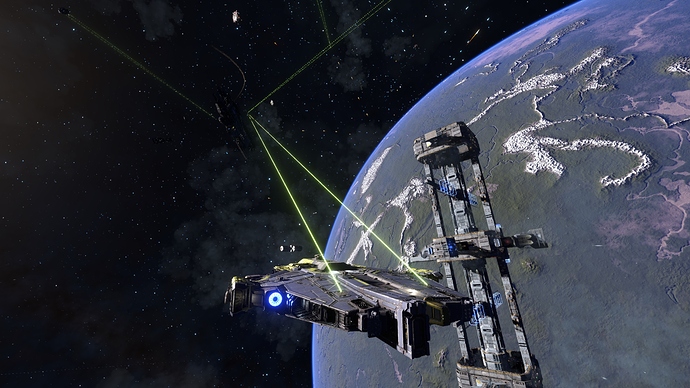 We’ll update the roadmap to reflect the new priorities right after the patch is available. Our next focus will be on ship upgrades, which is long overdue. In January we’ll also work on sub-systems targetting, battle reports and the new scoring/ranking system, which should help with player retention.

Have a nice holiday and a merry Christmas !