Omg lol, please leave it in temporarily for the next patch

The poor thing’s frozen in space. Set it free. FIRE EVERYTHING!

That is… huge. SEND IN THE FLEET!

I’m imaging a normal Infinity: Battlescape gameplay; three fractions fighting with each other, where suddenly Raid Boss occurs out of nowhere. And when it happens everything changes. All three fractions have to face new opponent. Because he just destroys everything what is out there, they have to forget their fight for control over the solar system. They have to cooperate together to deal with greater danger.
Enemies becomes allies.
All three sides have to kill bloodthirsty space whale!
Once they’ve done it, everything goes back to normal game play.

Did Puck save the 'whale?

You know, that would be an excellent easter egg to leave in the final version.

I agree. That would be a very cool easter egg to have.

Added space whale easter egg around Semnoz (warning: might be hard to detect)

Oh! I didn’t see that. Guess I need to read the Patch notes again. See what I missed.

That’s Really cool tho! I’ll have to get on just to go find it.

I went to have a look for about 15 mins but found nothing! Space is really big and empty when you don’t have big HUD markers to make it interesting! 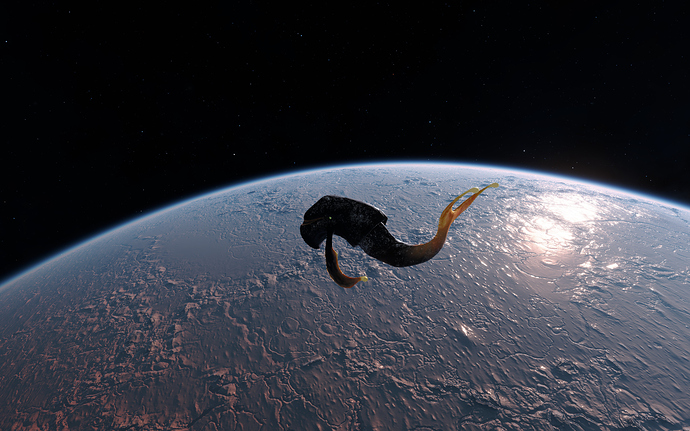 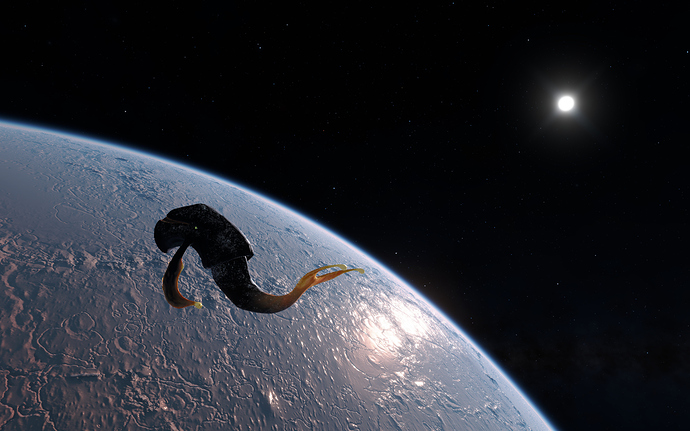 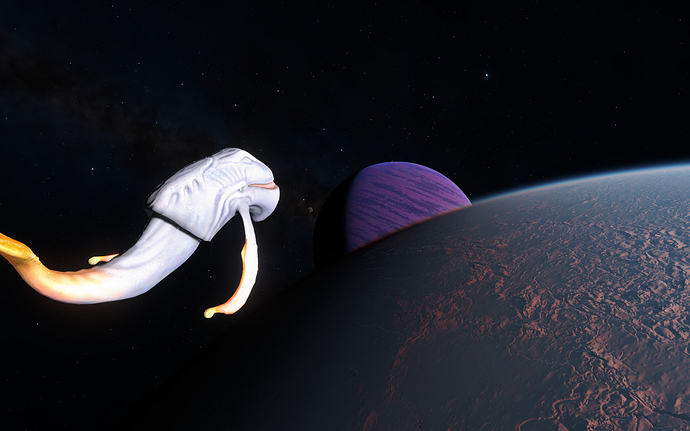 @Playbenni captured some video of me blundering around so no doubt there’ll be an entertaining video incoming.

Found it! (Thanks to a sneaky bit of assisted navigation from @hrobertson’s pics) 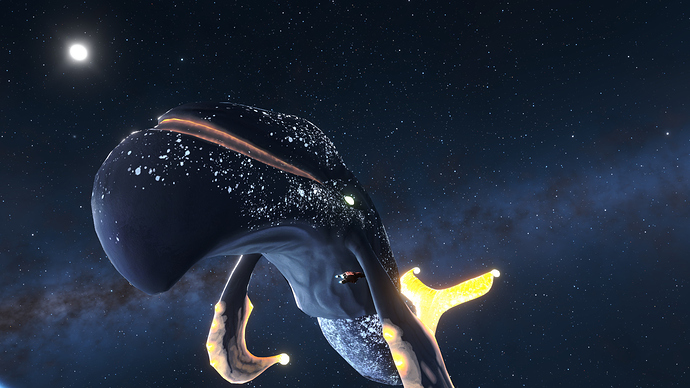 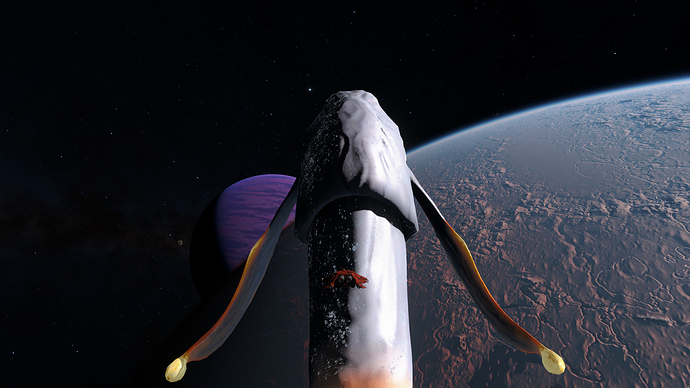 It’d be cool if next April it was animated…

and pilotable, with laser eyes!

It is clearly a carrier for space sharks, who will have the lasers!