Sure I-Novae is an Indie Dev team and no powerhouse Publisher but still its marketing could be improved with what little resources there are. This thread is about ideas that could help spread the word about I-Novaes products. Either done by us fans or the team itself.

While I was at GamesCom 2016 I came across this: 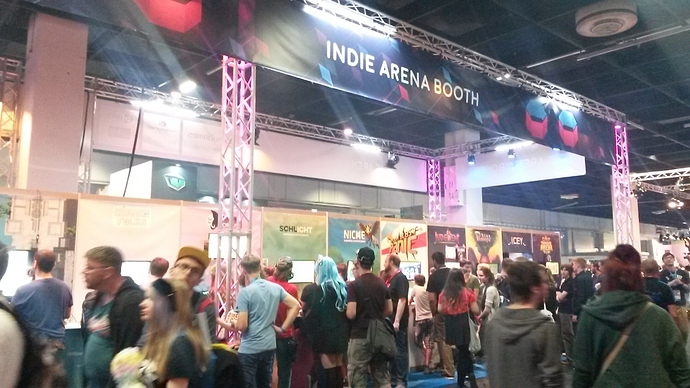 I think that would be a way to allow Infinity to come to one of the biggest gaming convention for an affordable price and present itself alongside other Indies.

Indie booth’s sounds like a very good idea. Of course I:B might also be able to secure something bigger near launch, maybe with sponsorship or partnership with some other indie game due to launch or Media partner willing to offer space and exclusive access and interviews at launch.

The move from Alpha to Beta phase.

Maybe to mark the move from alpha to beta, offer a free fly weekend either side of that week. During the week ask youtube and twitch streamers to fly with the devs (Bluedrake42, Scott Manley, Angry Joe, etc).

Withhold some big gameplay and graphics announcements and so, across this week and free fly weekends.
Add in some CGI, PG, Gaming articles timed for this period.

Maybe an indie booth like suggested above… or at very least do the rounds with youtube channels like IGN and others inc indie gamer channels. (skype interviews as well when travel cannot be an option)

Offer one extra ship, or one special starter ship (only on offer during the week you move from alpha to beta), inc to current backers who upgrade their pledges a little???)

The end of Beta and pre-launch.

Then near the end of beta offer another free fly week or two, separated by streaming with the devs by twtich and youtubers. And again some big announcements and updates, followed by upgrade offers for old pledgers for ‘hanging in there with us since the start’. Some new pledger offers. All worked out in advance, as to not make things unbalanced between old and new pledges. But with offers that will appeal to old and new alike.

but never multiplayer. But those videos make me feel like I want to try it. I won’t… but you get my meaning. They are well made, and really draw you into what it is to play multi player in COD’s new game.

Finding this zen balance for I:B will also enable some great videos to grab peoples attention and draw them in. On your scale and level. I know this is a rather broad stroke set of ideas, so finding the right balance and pace for I:B videos and just taking some cues from the above COD vids, should prove popular near launch time.

Can we assume that I:B will have periods of less activity, like when a match first starts and players take up positions and get ready for defence or the hunt. And then periods of combat action. If these could all be summed up in videos like the above (nearer launch), then they will be well received.

If possible, bring in outside talent with good track record to create/edit the trailer and multiplayer overview…if budget allowed at the time. Find the right voice talent of narrate these videos.

Maybe even release a small series of videos to highlight the various multiplayer aspects of I:B - The defence action - The hunt and destroy action - The cargo/resource runs and the actions around attacking and defending convoys.

And other modes and roles, inc free fly exploration - hinting at what this can do for your knowledge of the system in matches etc…and what might be discovered, like new veins of rich resources hidden away which could help your side in the resource war. *just an idea.

Just in case: If you’re interested in zero gravity shooter gameplay, there’s a game called shattered horizons, which may have been pulled off steam store, but can still be purchased through amazon (it also used to be purchaseable through desura, but apparently desura was shut down march this year… Weird I didn’t realize it earlier).

They’re big boys, they know what to do.

i bumped into this idea…and it does not sound like a bad idea.
Take a listen for a minute.

You have interesting tech. Why not make some simple benchmarking scenario with on rails camera shots.
I think the possible benefits of publicity greatly out-way the programming time.

A big problem with the benchmarking route is that it cements the ‘It’s just a tech demo, not a game’ idea into peoples heads. A number of people seem to have that idea about Battlescape already, feeding into that might hurt more than help.

In its current pre-alpha state, it is just a tech demo.

Whether it will be received as a noteworthy game or just a tech demo will be entirely determined by the quality of the gameplay, not by the presence of a benchmark mode.

We all know that we live in our own bubbles, but everyone probably thinks their bubble is bigger than it actually is. Here is a non-scientific chart showing all the gamers in existence and then the gamers that know about the thing you are making: pic.twitter.com/KADAFjDd9M 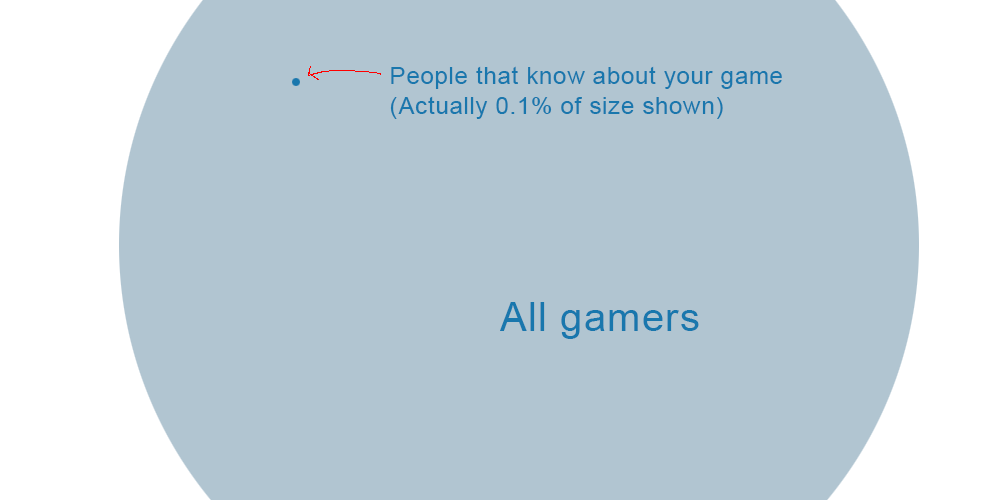 You can go for the most popular streamers and youtubers, but you’ll probably have better luck focusing on the lesser-known ones.

And then we come to the last major point:

3) YOU HAVE TO BELIEVE

You simply have to believe in your game's quality and ability to sell. If you don't, it will come through in all of your communication about the game, and that won't end well. 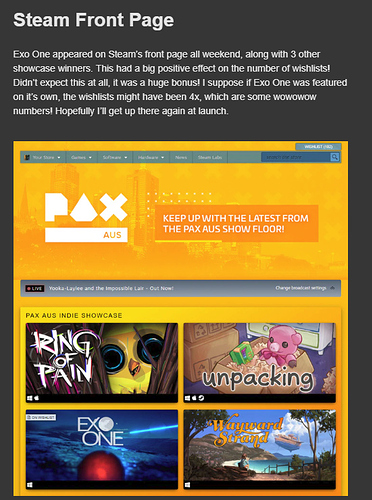 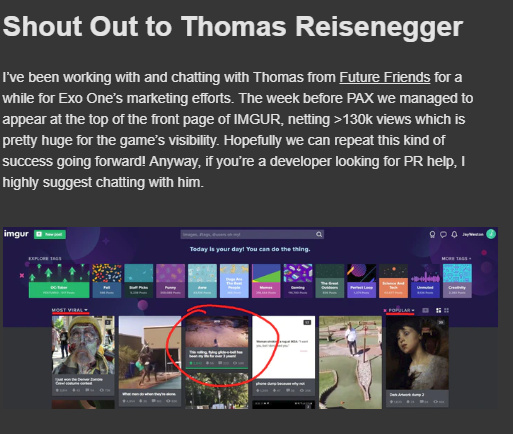