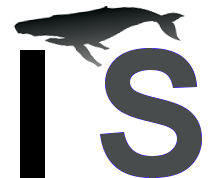 The logo is a work in progress

Infinite Spacelines will be a well connected IPO whose primary purpose is really to serve other IPOs. Let’s face it, an IPO can only go so far to provide all its own needs until some of their members just throw all the papers all over the place, screaming, “Screw all this.” That’s when they call Infinite Spacelines.

The membership in Infinite Spacelines may have 2 or 3 different levels. Administrators will work to oversee this service corporation as a whole. There will be the service providers, who actively go out and negotiate and initiate the service to be provided. These two levels of membership will not be of particular better position over the other.

The third level will probably be the largest, consisting of unaffiliateds who receive services, to small upstart pilots who want to join a community that will give them a boost while providing a little back in a less dedicated role to the Spacelines. Also, any legal form of account that wants to do accounting with IS within IS in efforts to better another IPO, would be here.

The game is not near release, so this is subject to change and just a rough estimate.

Also, the most important things will be trying to minimize misunderstanding between law abiding entities (to reduce conflict and promote growth). However, people will have their fun, and IS will still seek to profit from it.

There is no current dedication to making IS “happen”, as this game is still beyond the horizon for existing. But make no mistake, IS will happen; and when you need the lowest price option to just get something (legal) done and are just sick of doing it yourself, IS will be waiting for your incoming communication.

First and foremost, Infinite Spacelines will do its best to maintain positive standing with law abiding entities; and this might be stretched a little, within reason, for the sake of misunderstanding. For example, if a major IPO (who therefore may engage in much activity with IS on individual levels) takes some sort of lawful hit due to an accident or internal discrepancy, such things will be overlooked and business will continue as normal.

Beyond that, business with outlaws is permitted only as long as not objected to by law abiding allies.

At no point will IS ever engage in war. Sometimes a lawful war is initiated between two lawful parties who invariable and occasionally use IS services. The directive will be this: If a demand is made on IS to cease in administrative and service member level interaction with your foe, you are also demanding that we cease such activities with you. If the demand is made from either side, service and administrative levels will cease with both parties.

However, IS will not be held responsible for freelance, and upstart pilot interactions (unless they are engaging in unlawful acts, which should be reported IMMEDIATELY)

It should be known that administrator level members will be expected to act with extreme professionalism and politeness. If at any moment, you have an unprofessional and/or unpolite encounter with an administrator member, contact a director immediately. They are not expected to be timely in their responses.

It should be known that service level members will be expected to act with extreme professionalism AND punctuality. If at any moment, you have an unprofessional and/or late transaction with a service member, contact a director immediately. They are not expected to be polite, albiet they are required not to be rude.

While there is not much to lose for a Freelance member, please report if they are beyond humorously abrasive or fail to follow up on any agreement.

IS will be ok again until any I-Novae product is launched. If IBS goes into pre lelease though …

Wasn’t talking about I-Novae Studios actually. And they should consider using INS instead of IS.

I wasn’t ether. I just say I wouldn’t care because I think/hope this conflict will be long forgotten in the mind of the players of a space game set in the faar future by the time we actually get to play the game.

What exactly do you do? You’ve made it quite clear that you intend to proved “services” to other IPOs, but you don’t seem to have ever gotten around to detailing just what those services are.

I am sorry for the confusion. Details on services are unavailable because the game is not near release. However, it will basically be anything one can do for another lawfully. Hauling, accounting, crediting, financing (based on previous two services). There will NOT be competitive banking unless keeping money safe is some kind of laborous task, which I expect not to be so in Infinity. I will try to add some of this detail to the OP.

keeping money safe is some kind of laborous task,

Pirates, lyres and thieves Why not bank robbers?

I’m pretty sure from the many early discussions pre site revamp, and the disucssion of outlawfulness and piracy, is that outlawfulness and privacy will be sort-of kind-of emulating the real world hardships of modern day outlawing. This is from the interjections constantly made from Flavien back in the day when a once flamboyant poster named “Irashi” constantly tried to talk about how cool this game will be with “ganking” and “mercenary work” EVE Online style. Flavien had to make it quite clear, over and over, that the dreamed Infinity resulting game will not be such a pirate paradise. In fact, he went on to explain it won’t even take a more middle ground than EVE, but actually be more on the opposite side, albiet with stll making piracy possible.

With that in mind, I don’t see ships “carrying around” money. You’ll need to be threatening “give me your cargo or else I’ll kill you” type of piracy, followed by the pirate not being able to find safe haven, as hey have in lowsec/nullsec bases in EVE. not being allowed to be safe, like, basically, ever after such an act.

Again, such ideas were presented by the original game visionary and ultimate sayer, Flavien.

So, no, there will not be banking by [IS] unless they somehow make it a laborious task to monitor and hold liquid assets, anyways.