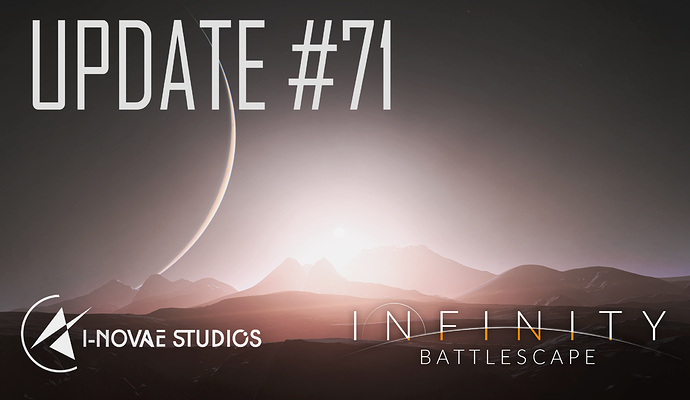 Hey all it’s time for your weekly update. This week, despite running into some issues with our new multi-threaded game update code, Flavien has made significant progress towards our next patch. While there’s still a lot of work to do on server-side collision detection of objects with planets the rest of the game is working well with the new networking code. We’re looking forward to getting it into the hands of players to put it through a proper stress test. In other news while testing the new path rendering code at 4k I found some new bugs. Unfortunately, this then lead to a vicious cycle of fix a bug, find a bug. The good news is I recently broke the cycle, the last known bug is fixed, and I’ll soon start fixing some website issues including Facebook login. After that I’ll be moving onto the process of building the initial mockup for the game UI. 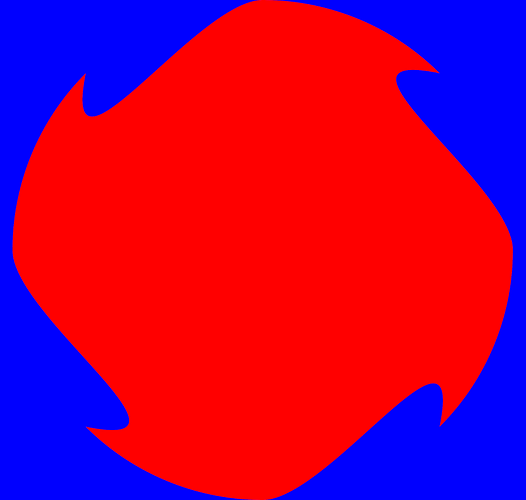 On the art side good progress continues to be made on the destroyer, station materials, and land base. In a week or 2 we’ll begin integrating all of the new artwork from the last few months into the game as we prepare for the next patch. We’ve accumulated quite a bit of new stuff so this is probably going to take one of our artists the better part of a week to complete.

That’s all for this week. While the server-side planetary collision detection still remains a major blocker with plenty of R&D unknowns the light at the end of the tunnel is beginning to come into view. We’re looking forward to putting this patch behind us and shifting our focus toward completing the Alpha.

The living quarters look kind of funny/cool. Like people bought living units and boltet them to the side of the station. Kind of fits the Starfold.

In what state is the path renderer currently in terms of usability? Can you just feed it vector files and it outputs it? Maybe with an aditional configuration file to tell it where to display these vector files (10% from left side, 10% from top)? Does it already render on top of the game? Is the interface, in order to change paths to reflect states, to the game already in?

I knew something is missing on those stations before, “LIGHTS”.
It seem cold but now
Now it looks cool!
I was dissapointed with alpha delay to be honest, but that’s how it works, keep up the good work!

The path renderer is in a pretty good spot at the moment insofar as what we want to do with it for the Alpha. The outstanding Alpha features include:

Additional features that still need to be implemented at some point, but may or may not be required for the release version of the game, are the following:

I haven’t added support for SVG parsing yet, which is separate from the actual path rendering, however that shouldn’t take too long. The UI system already supports layouts, such as assigning margins like 10% from left, however it has not yet been integrated into the game. I also still need to add support for input. Once support for colors/gradients is completed the big remaining task is text. After that I expect everything else to move along fairly quickly.

I’m going to need a swimming pool in there somewhere.
A pool table and plants lots and lots of plants and a VR playoom.

cool glitches dude if you about thise crazy shape. let me try too; ‘’-I see ghosts and they are from the 4th side of the coordinate line’’

I really like that image, zoomed in it looks great. If there is a little time in the final polish of the game maybe add the effect of some people/shadows of people moving around inside those windows. But to only trigger this when you fly your ship very close to the station, and then only the odd random window to catch attention. If no time pre-release then maybe in the first big post release patch.

I have no idea. It might be only be some animated map of some kind I would guess. Triggered by very close proximity of a ships cockpit, and then direction the player is looking. Used sparingly it could work for all sorts of small or large windowed areas from space station, to ground bases at night.

Which is why I added maybe a future post-release update.

Same as tracks to and from land bases with vehicles moving along the paths going about there duties etc. Bases and small outpost/mines set into and over hanging valley and cliff faces, with elevators being used.

Large space stations could also have exterior elevators being used. Exterior elevators like we see in the Sean Connery 1981 film ‘Outland’. As miners descend down a valley cliff face on a moon. [Youtube clip link] (3:20m onwards)

This kind of animation would definitely help stations/bases look more alive! I wouldn’t even mind if it was really simple, basic effects and tricks. Things that move just make the environment seem more interesting and immersive on a small scale. But you’re right, it’s a polishing task for after release really.

The moving resource haulers should help with bringing life to the environment as well.

How about we get font rendering in the game (which seems to be slated for after Colors/Gradient and will make it a post-Alpha release feature) before going on a wish-list spree? I mean it would be needed to display the score and other pathetic information like that, right?

Even some of the lights in the windows going on and off at random intervals would give a sense that there are people going about their business in there.

@cybercritic, Gotta have something to look forward to eh? Font rendering certainly doesn’t do it for me.

Hopefully I’ll have some screen shots of the new UI system within a week or 2 - the exact time frame will most likely depend on how long it takes to implement support for text.

I’m optimistic about wrapping up the rest of the initial path rendering code soon. I’ll still have to take care of font rendering and a few other things but at least I should be able to start showing screen shots.

I’m continuing my work on the UI

I’ve finished the initial R&D implementation of path rendering, which we’ll be using for our UI, and I’m currently testing it with a multitude of different geometries to fix any lingering bugs that may be hiding. Once that’s complete the next step will be to finish implementing the UI within an R&D sandbox before finally integrating it into the game (similar to how we did the new networking code).

I was continuing my work on the UI when I ran into some crazy memory corruption issues. Those ended up taking a few days to fully resolve

There’s one remaining rendering feature concerning large shapes that I have to finish before I can start final testing and code cleanup but that shouldn’t take too long. After that it will be onto adding support for font rendering, text layout, and finally integration into the game.

For starters the large shape support for UI rendering has entered the final testing phase. Once complete there’ll be a code cleanup phase before work starts on font rendering.

I’ve combined code cleanup with the final testing for the UI path rendering which I hope to have wrapped up soon. Once that’s all finished I’ll move onto font rendering which is the last step before I can begin building UI widgets.

After that it’s back to finishing up the code cleanup pass on the UI and moving onto text rendering.

I’m moving forward with the rest of the UI code cleanup, polish, and testing with only our D3D11 renderer

Several bugs with our UI path rendering were squashed and we’re nearly ready to begin work on fonts/text.

Aside from that a good amount of progress has also been made on the new UI. Getting the path rendering code production ready is nearly complete and, assuming all goes well with benchmarking, work will finally begin soon on text rendering.

I spent a good chunk of it writing new GPU benchmarking code and then using it on the UI path rendering.

In other news while testing the new path rendering code at 4k I found some new bugs.

Hats off to you @hrobertson, I had the same idea in mind, to go through those updates and check the UI talk, however, nothing is going to change, that’s Keith’s modus operandi.

Well, in all fairness, UI is one of *the* most important aspects of a game. So as long as it all comes through in the end, no matter how long it takes, it will be worth it in the end.

I agree, and this whole vector based UI system should make iterating on the actual UI itself much easier than if it was all bitmaps. Plus it’ll be very moddable

The “issue” is just Keith’s estimates being consistently way off.

After that I expect everything else to move along fairly quickly.

PS. We love you Keith.

I use the mantra of it being ready when it’s ready.