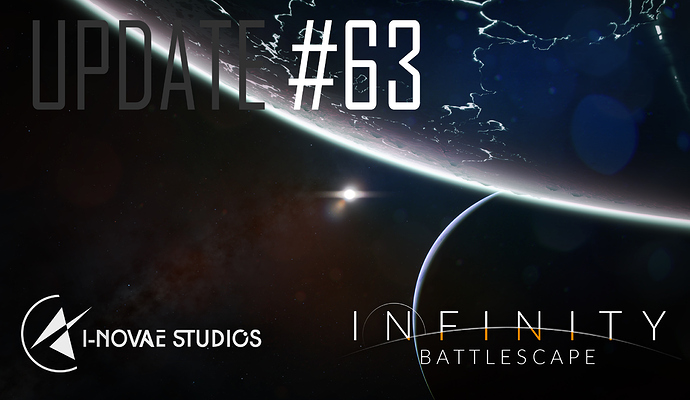 Hey everyone time for your weekly update. On the engineering side we’ve been working on a couple of different things. For starters the large shape support for UI rendering has entered the final testing phase. Once complete there’ll be a code cleanup phase before work starts on font rendering. In parallel to that work continues on merging the new networking code into the game. The system for recording matches for playback has been ported over along with some threading improvements. Flavien still has another week or 2 before he gets fully settled into his new apartment, there were some unexpected issues which were wreaking havoc on his schedule, but that should all be resolved soon. 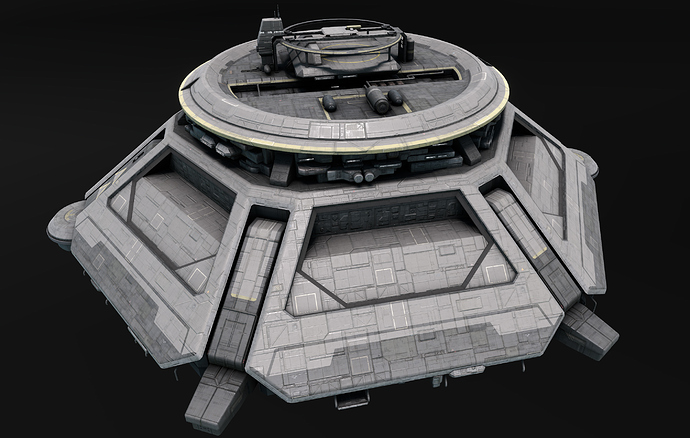 Initial material pass on the land base command center

On the art side Kristian has started on the material pass for the land base command center - pictured above. Once completed he’ll move onto other “modules” such as hangars, power plants, radar, and orbital defense. Each of these provide specific services for a land base and when destroyed affect its ability to function. For example if a hangar is destroyed it can no longer spawn ships. When a land base module is damaged it will slowly repair itself unless it has been damaged beyond a certain threshold, i.e. if it loses 80% of its health or more it can no longer repair itself. Power plants will affect the rate at which a land base is able to repair itself among other things so it’s critical they are protected. Jan has been out of town for the last week but once he gets back he’ll resume work on station materials. 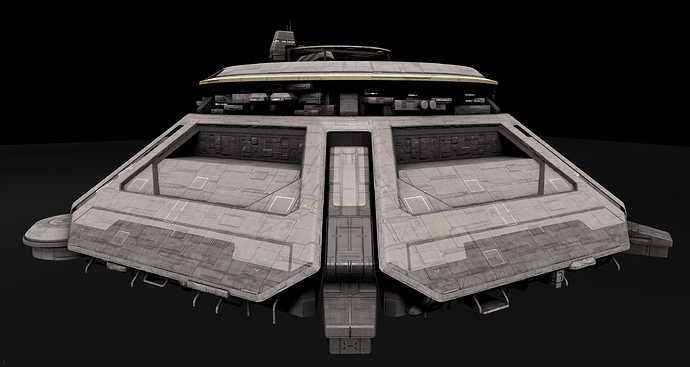 That’s all for this week. Once Flavien finishes moving into his new apartment we hope to progress quickly toward finishing the merging of the new networking code and releasing the next patch.

What benefit do you get from coding your own shape and font renderers instead of using third party libraries?

Which 3rd party libraries are you referring to?

Probably depends what needs to be achieved and what is faster in the end, but wouldn’t these theoretically be options?
http://cegui.org.uk/
http://www.fltk.org/index.php

As somebody with no knowledge about programming I would guess that building something very complex from scratch is always more time consuming than implementing something that is already finished. Since a games user interface is probably deeply entwined with the rest of the engine I would guess that building your own foundations for rendering would probably not be the meatiest part of finishing the user interface anyway, but that is only speculation on my part.

From my research, GUI Middleware falls into two categories:

For example, CEGUI falls in the second category. Within seconds of opening their editor, you get crashes. Animation support is limited and requires manually editing giant xml files. Worse, its DX11 implementation relies on deprecated Windows SDK libraries ( D3DX not to name it ) that are no longer supported. It does not even compile out of the box without hours of meddling around and modifying their code. Also it does not handle sRGB color spaces last time I looked ( last year or so ).

Ooo, a mention of the next patch! Quiet or we’ll scare it…

So the benefits are tighter and more customised integration with the engine, more stability and a better understanding of the codebase?

Cheaper cost is also one of the main benefit

If the third party professionnal license was cheaper, I guess they’d consider how much time they’d spend creating all by themselves versus how easy it is to do with the third party.

I like the command center design. It slightly looks like the “terran bunker” from SC. Was there some inspiration from there ? Altough one could argue there’s not that many different designs when creating a fortified building ^^ 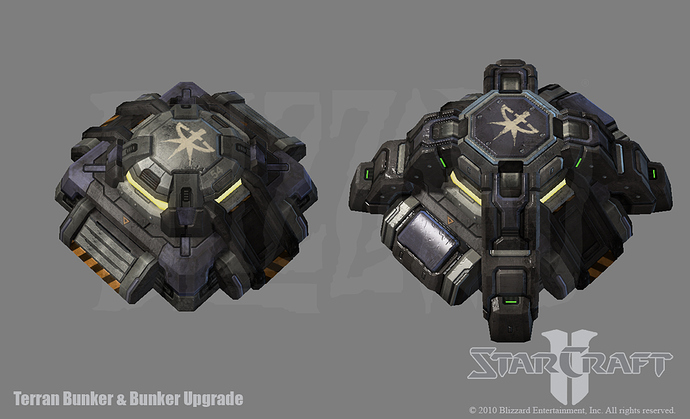 Cheaper cost is also one of the main benefit

Even though Keith is currently providing his time on Infinity for free, that doesn’t mean there’s no cost to it.

I think your conjecture about there being only so many ways to design a fortified bunker is likely to be spot on.

I like the command center design. It slightly looks like the “terran bunker” from SC. Was there some inspiration from there ? Altough one could argue there’s not that many different designs when creating a fortified building ^^

That thing is actually center hub of our modular factory system. Practical reasons affected the design pretty much. It had to offer robust and vertically varying connections for wing & sub modules. 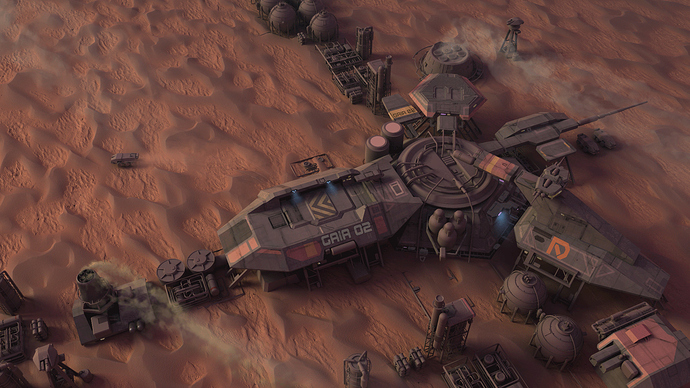 So the benefits are tighter and more customised integration with the engine, more stability and a better understanding of the codebase?

Yes among other things.

Even though Keith is currently providing his time on Infinity for free, that doesn’t mean there’s no cost to it.

Yeah the time cost ended up being much more than I had expected however that is only partially due to engineering problems. I’ve lost just as much time, probably much more, to a series of significant and unexpected life changes. I hadn’t announced it yet but my gf discovered she was pregnant back in February. It’s difficult to overstate the ripple effect that information, along with the renewal of my part-time contract falling through, has had on my life since.

Congratulations! I hope everything works out well for you and your family!

too soon for “also, the birth of battlescape coinciding with…”

getting ahead of myself now

My god, I don’t envy you having to juggle all that at once!
But congratulations, it will be an amazing time!

Well, you’re in for a ride, mine is 5 this year, buckle up, also Vegas might be a good destination so the kid doesn’t have insecurity issues. Good luck.

Congrats on the bundle of joy.

I am very much tempted to put more money into Infinity: BattleScape. Just so that you can have a part time job on the project.

I’m excited over things not working when there dammaged.

Is there going to be some kind of notise to eather side of the condition of the platforms? Visual or something on a scanner?

There will be visual and UI elements to show the health of various structures.

I am very much tempted to put more money into Infinity: BattleScape. Just so that you can have a part time job on the project.

I keep forgetting I can donate more! I’m actually in a place now where I’m a little less poor as well… Perhaps we could be encouraging this to keep more money coming in? A little bit here and there across the ever-expanding community would quickly add up!

I might suggest to @INovaeKeith that each update has a link to the donation site at the bottom or something? Just helps keep people aware that funding is still going in the background!

.
Could we get a updated rough estimate when the network patch could be finished? Is there still a lot left or is it almost there? Promise we won’t be dissappointed, just curious when we can enjoy a new version.