Hey everyone it’s time for the weekly update. First off I’m incredibly happy to announce we’ve released our pledge upgrade platform! If you’d like to upgrade your pledge make sure you’re logged into your I-Novae account and click here. In other news Flavien has finished his threading and optimization pass for our entity game update loop. In practical terms what this means is that the game will now make better use of all of your CPU cores which is great because you probably paid a lot of money for them. 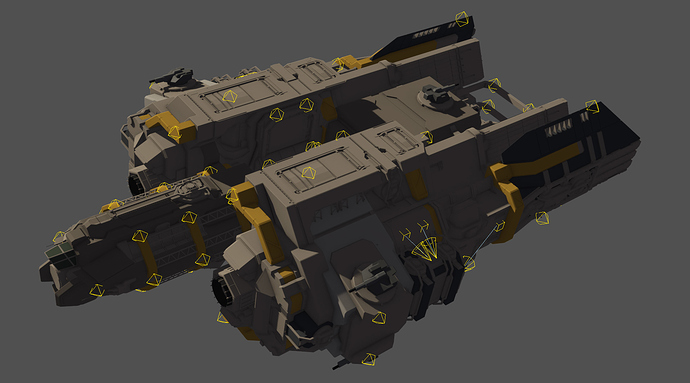 On the art side we’ve reached a major milestone - all of the geometry work for small ships is now complete! There’s still an ongoing debate within the team about the horizontal bar in the cockpit of the interceptor but aside from that it’s all done. The art team is currently working on integrating the new models into the game as we want to release a new patch and host a free play weekend for Alpha backers early in the new year. Unfortunately we probably won’t begin texturing the ships until after the Alpha is released so they’ll continue to be visually boring on the exterior but exciting in the interior for a while longer. 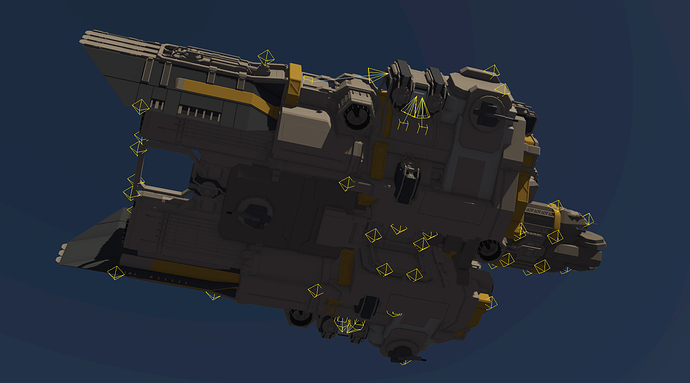 Corvette with light placements from another angle

That’s pretty much everything for this week. We’ll have one more weekly update of 2016 before the team scatters for the holiday. When we come back in the new year we’ll do our annual review while plotting our course forward for 2017.

Also. To everyone wishing to upgrade your pledge on mobile. You may need to “scroll” and it isn’t obvious from the getgo. No biggie though.

Other than that. Nice update. Still not going to buy that >=10 core thingies though.

Thumbs up for multithreading!

Also. To everyone wishing to upgrade your pledge on mobile. You may need to “scroll” and it isn’t obvious from the getgo. No biggie though.

Yeah I had to request the Desktop page because it wasn’t showing properly on Android.

HoorAy for everything. \o/

What a Tank! Really like your work.
Hope you will take a little time for yourself tho, to enjoy this Holiday season - and be all Bright Eye’d and Bushie Tailed for the new year!

Any chance for screen shots without the light placements?

(though I’d imagine it won’t be too long I can take my own screenshots.

Thanks all, I’ll have to take a look at it on mobile which I confess I haven’t done yet.