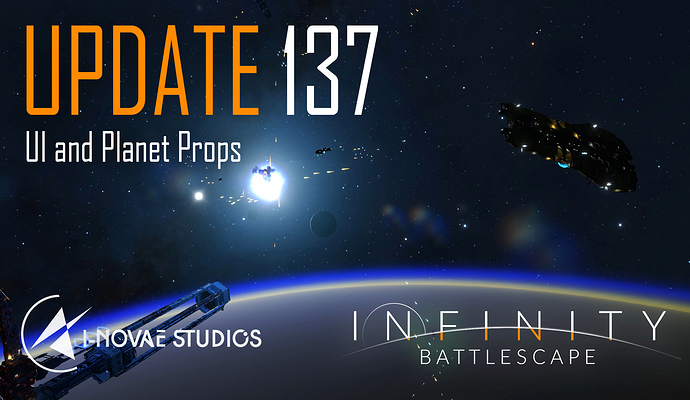 Hey everybody. As you might be aware we are currently focusing on the new user interface / menus system which means that weekly updates and patches have been less regular than in the past months. Our goal is to finish the UI building blocks by the end of April and start implementing the star system map and the ship spawn / upgrades menu during the first week of May. For this reason, this weekly update will be relatively short, until we have more to show.

In other development news, Jan is doing a new pass on space station modules. The idea here is to improve geometric details, revamp materials / colors and add paint sections and various decals. More importantly, we’re adding ambient occlusion to the modules which should help to make the lighting look less flat, especially in shadowed areas. Here’s a bunch of random modules stitched together to give you an idea ( note that there are no lights on them yet, and those are relatively small modules ): 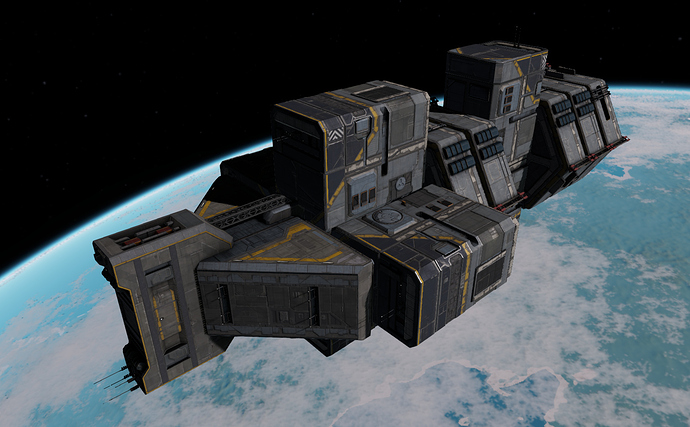 We’ll give the same treatment to all the other station modules; the work is huge ( there are 50+ modules iirc ), so Jan will upgrade a bunch of them every week until the release.

Dan has completed collision meshes for the Interceptor, Bomber, Corvette and Hauler. During the visual polish phase we’ll use these collision meshes for more accurate projectile hit intersections with the hull of the ships, and not the bounding boxes as we currently do. Dan has been working on crowd-funding rewards for a while too; the mercenary spec ops model variant is already done and awaiting integration in game.

Kristian is completing the textured Destroyer this week. It should normally be available in next week’s patch. After that, he’ll move on texturing the Bomber, then the Corvette, and finally the Carrier. Speaking of which, we still need to figure out the hangar interior for the carrier; there’s a good chance we’ll run out of time, and it’ll have to go into early-access “as is”, but eventually we’d like ships to spawn in the hangar bay and launch through the “tunnel” traversing the carrier.

The last piece of news is that we’ve started to collect some generic assets for planetary props. These include rocks in various shapes, forms and styles, vegetation and new surface texture packs. These will be used during the visual polish phase to add more surface details to the planets, give a better sense of scale, and have more interested / varied biomes. Oceans will also make a come back sooner than later ( I already spent a day last week to fix some quality and performance issues with them ). 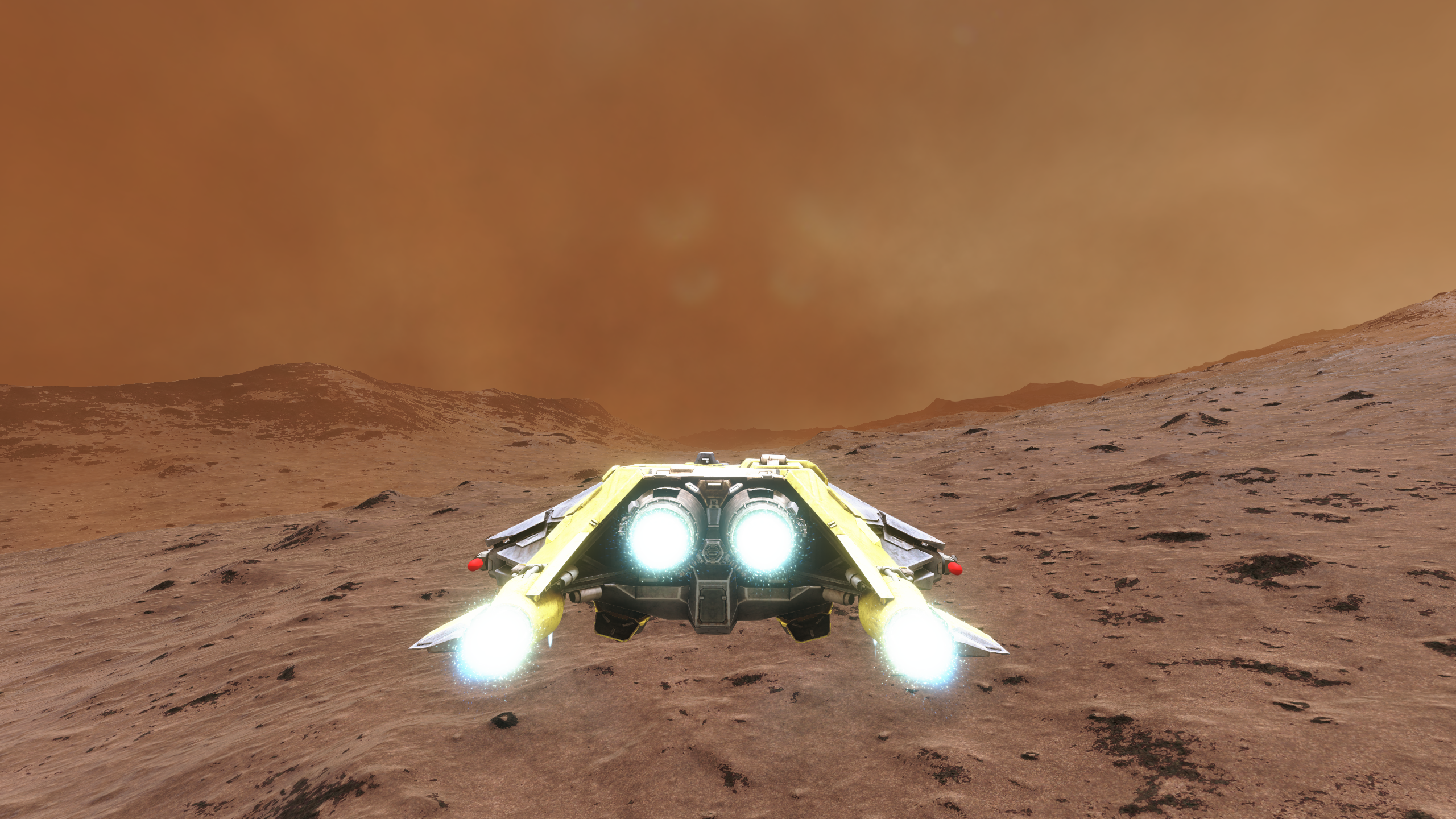 In terms of schedule, this is more or less what it looks like until EA in september:

As you can see, we have plenty of things to do before we can release the game ( even as Early access ), so there’s no doubt we’re gonna have to prioritize and focus on the important things, and delay what we can after EA. Tough times and hard work ahead !

Does this mean we will be seeing the return of the rings anytime soon?

It seems very ambitious to get all that done in a month, I’m guessing you’ve already started on it then. Really looking forward to seeing the upgrade system. I would love it if you can give us a high level on what we can expect. Like can we create preset loadouts ahead of time that would then show up in the respawn screen with (i.e. you see an option for the default $30 bomber and your ‘customized bomber’ for $50 or something). Also what modules would we be able to upgrade (weapons/shields/engines/hull armor only or something a little bit more complex?

I remember in an older build, there used to be scrap metal/supplies floating around the stations you could pick up for credits in an interceptor, will that be coming back then or has that always still been here?

I remember in an older build, there used to be scrap metal/supplies floating around the stations you could pick up for credits

I found some in a recent build, no idea in which conditions they spawn.

I remember in an older build, there used to be scrap metal/supplies floating around the stations you could pick up for credits in an interceptor, will that be coming back then or has that always still been here?

They were removed and won’t be coming back - they were just a quick experiment.

Thought about implementing something like that as loot from the cargo ships? Maybe need corvettes to pick them up and benefit the team rather than individual player?

Here’s a quick thought, when flyfing very tight in and out the space station long struts, get to close and do we see sparks at the edges of the hull clip the struts. I don’t know, if thats already there or planned for the polish. I don’t know if you get high friction sparks in a vacuum, it would look good though on the tips of the hull when in really tight flying and dodging manoeuvres.