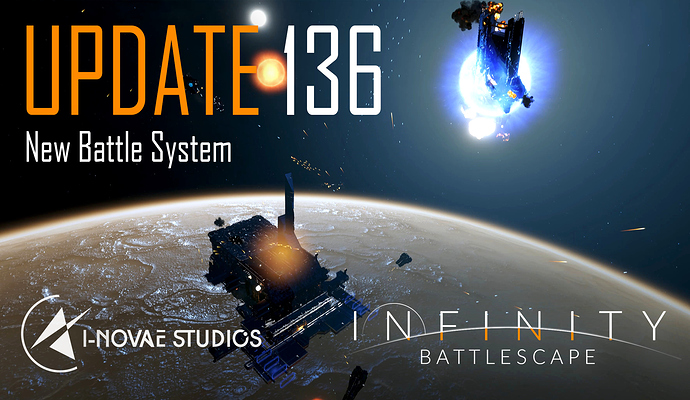 The past two weeks have been intense. And very tiring. But with beta patch 0.4.3.0 out, and its follow up patch 0.4.4.0 a few days ago, I am happy to report that the new battles system is in and has vastly improved the game !

Prior to 0.4.3, the pacing of the game was off. Battles would randomly start in a few places, but would last forever, and you’d often see 20 interceptors versus a lonely enemy. If you logged in at a random time of the week when no other players were around, the game would be quite boring, with nothing to do and probably no large battle to participate in. You’d just fly around randomly, do some small skirmishes, explore a planet and log off.

But since 0.4.3, the pacing of the game has clearly stepped up. At any one time ( maybe excepting the first 15 minutes of a match, when enemy locations haven’t been scouted yet ), there are multiple battles going on. Some small ones, some medium ones, and every once in a while, a massive one ( 100+ ships ). Battles at Glimmerfall or Hebellos ( the huge asteroid bases ) are a sight to be seen. And more importantly, you can have fun with the game, even playing alone. It’s still a bit on the repetitive side after a few hours but it’s definitely going in the right direction and will improve even more once we add more content, more ship upgrades and more weapons. 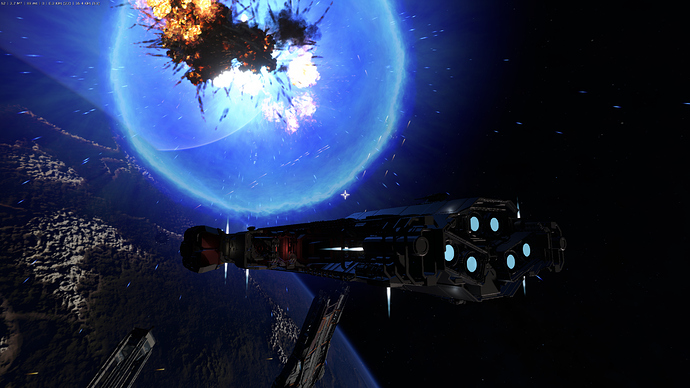 Another important change with the new battle system are consequences. Battles can be clearly won or lost, now. We introduced the “critical” battle system, which spawns critical battles once it detects an imbalance in credits assigned by the AI commander at the given location. The consequence of losing a “normal” battle is simply team credits, however the consequence of losing a critical battle is the loss of the objective. This means that the AI can now finish a match on its own. The player’s goal is to turn the odds into the team’s favor, and now they no longer have to micro-manage the destruction of every single building or module in a base.

As expected, this has made the game much more battle / action-focused, which increased the pacing a lot and brings it a step closer to the original vision presented during the Kickstarter in 2015.

Another thing which helped a lot is that we revamped the death effects, particularly for capital ships, torpedoes and proximity mines. These huge shockwaves are beautiful and cause a lot of violent shaking ( we even added a knockback and damage effect if you get too close ). The thrill of “being there”, in the middle of the battle, has increased tenfolds, and you’ll often see multiple explosions in the background, giving you a sense of how the battle is progressing. Using torpedoes from the bomber also feels much more satisfying now ( even though technically the amount of damage is the same ) and you won’t be under-estimating proximity mines any more when they’re literrally exploding in your face.

That being said, there is still a lot of work to be done in the battle system. The revamped notification system is a step up, but is still sometimes a bit confusing when multiple battles are going on. The bots AI still needs major improvements ( a bunch of these were already made in January, but haven’t been integrated yet ). Battles are too chaotic, and the bots need to fly in formation, regroup and cooperate better, instead of just chasing random enemies ad nauseam. 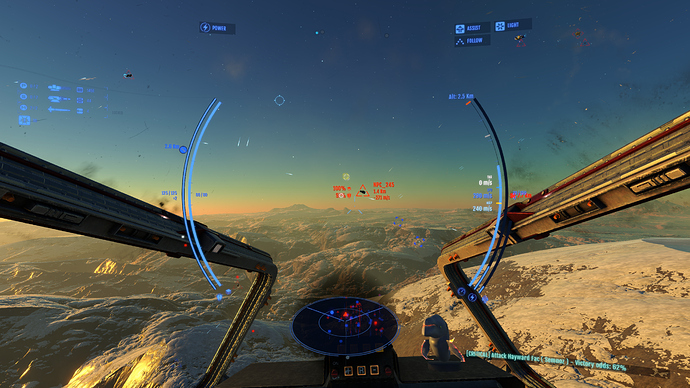 In the coming 1-2 weeks, we will be focusing our efforts on the following:

Kristian is focusing is efforts on texturing the Destroyer. With a bit of luck it’ll be ready for the next patch, in 2 weeks. Jan is still working on new visual effects and Dan’s doing Dan things ( mostly: streaming, social media and modeling collision meshes ). Finally, Keith has just gotten married and will resume his company activities shortly ( administrative tasks,support requests, web development, business/marketing work etc… ).

Sounds really cool. Haven’t gotten a chance to try the latest patches yet. Is the Star Map getting worked on next?