Hey everybody, Flavien here, taking stead of Keith for the weekly update as he’s busy with the arrival of his first child.

As you know, we’ve been busy working on the next major patch for quite a while now. I’m happy to report that progress has been going pretty smoothly recently and that we’re seeing light at the end of the tunnel. This new version has taken a lot of development time, but includes some pretty heavy and fundamental architectural changes, especially in terms of networking, which will allow us to scale up to these hundreds-of-ships-at-once battles. In terms of gameplay it’s still pretty bare-bones, but we should be in a good state to iterate quickly towards an alpha release at the end of the year. 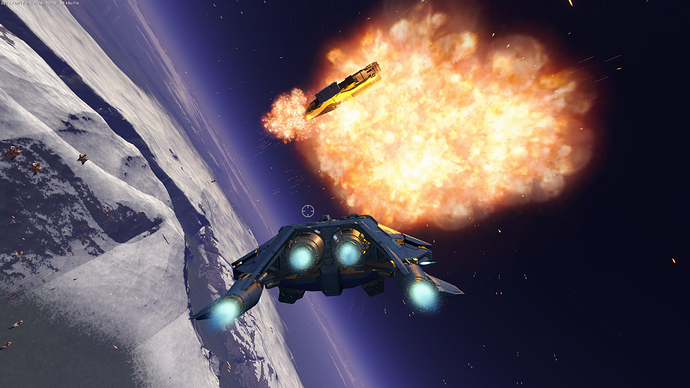 For now, ETA for this new patch for dev-tier / stellar+ level backers is some time around next week. Planetary physics collisions is almost resolved ( I still need to implement some server-side code and do some stress test, but the algorithm is already functional ) but we’ll need a few additional days to implement some missing features and do a polish / bug fixes pass ( for instance I need to rework atmospheric flight mechanics and add back some thruster sound effects ). Keith has also recently been upgrading the website and installer dependencies. 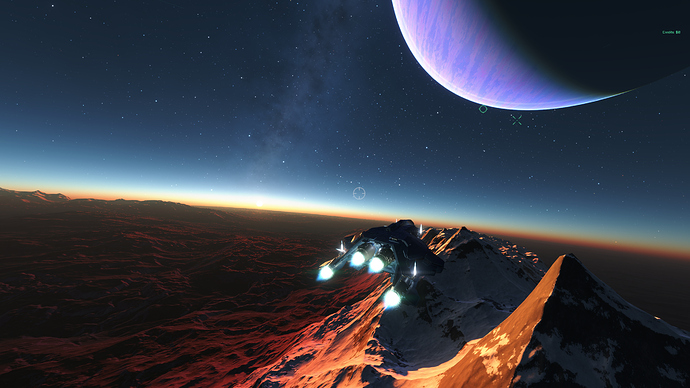 The art team has also started to gear up for the next patch, that will include a first basic version of capital ships ( with placeholder art and control scheme ). Some assets that have been in the works in the past months are being integrated into the project, including the new space station, factory and military base pieces. 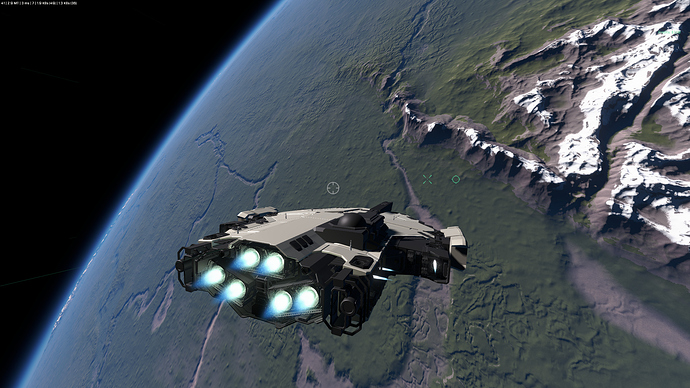 That’s all for now. Stay tuned for more information about the new patch next week. I’ll probably do a streaming session as soon as it’s out, assuming the server is stable. See you !

And good fortune to the new baby parents!

It all seem somewhat prettier.
Also the engine emissions…they look pretty great were they in or not ??

Fantastic! And the Destroyer looks amazing!!! Thanks Devs, you guys are the best.

Can’t wait for the patch!

busy with the arrival of his first child

This looks so cool! I can’t wait to let my GTX 1080 render all those battles for me.

External view can now be rotated around the ship

There was a little “leak” on Youtube a few days back. A few of us saw this new feature in action.
It looks amazing. Really smooth.
You’ll like it.

For now, ETA for this new patch for dev-tier / stellar+ level backers is some time around next week.

Best of luck to Keith! And that destroyer in flight looks nothing short of awesome. Can’t wait to see what the fully textured and outfitted ships finally look like!

Loving the enthusiasm around here these days. Great update!

These updates are only going to get better and better. Can’t wait to see massive battles with capitals, even untextured ones!

Can’t wait for Alpha weekends and ALPHA, waiting them 10 months!

Great as always. Expected to see more in the future.

Is the plan for the aerodynamics of the ship model to be taken into account, or does each ship just have uniform drag in all directions?
If a ship is flying through an atmosphere at high speed with flight assist off, could it flip out due to aerodynamic forces?

Can’t wait to try it out!

Is there a definitive answer to the question of allowing capital ships into the atmosphere?

Not sure if an official decision was already made, but I think it would be reasonable to allow capitals to enter the atmospheres of planets with the maneuverability in atmosphere being hindered greatly. Much like the flight style of the current Corvette.

I imagine they would be allowed, or else it would be a rather arbitrary restriction. The question should be whether or not capitals can do anything but crash inside an atmosphere.

I personally believe allowing capitals to fly and operate in an atmosphere would add depth and gameplay value.

I don’t see why not. Everything about this game engine has been freedom to go anywhere. How well they handle remains to be seen!