Do you guys at INS really think that we are giving critique because we intend to hurt and undermine you somehow? The worst thing you could get from us is not caring and indifference. The fact that you have guys here that have been around for a half a decade or more raising concern should at least prompt you to evaluate what is being raised. It is very easy to brush aside any critique with an argument, it is very easy to flag criticism as negative, but if you think about it for a second, the best response you could get as a game-dev is actually critique.

I don’t know why you would assume we think you are trying to hurt or undermine us. We have no problem with your criticism and my posts are an attempt to clarify our position as well as the reasoning behind it.

Video recording is a neat idea and will be useful, however…

Keep it for after you have a beta client out, you guys are not in the best situation financially or time wise and this feature right now would be rather useless as there’s nothing to do in the game. As it is now every player you have is essentially an enthusiast and can record videos already, it’s a waste of time to build a system for the common gamer when none of your current audience is a common gamer.

If you want marketing buzz and attention now, then rent a server for a weekend and do a free flight weekend, post it on reddit(throw like a 100 people player limit on it though, just so it doesn’t explode) and you’ll have tons of randoms poking around creating buzz for you. if your client is distributed via a torrent or anything else that does not eat your bandwidth this will be a rather comparatively cheap solution that does not waste your time, sidetrack you and in fact may get you new backers, because people tend to not want to let got after they bite into something.

Are you at least going to bring this up at one of your weekly meetings for consideration, or is the video recording set in stone, since you can explain the reasoning behind it?

I would like to put my hand up as one of those people who has never recorded anything, nor has any inclination to go trying to work out 3rd party software.

Currently, I take screenshots, but there are already certain things I see/do in the prototype where I think “Oooh this would look great in motion!” As long as it doesn’t cause gameplay to fall behind, I agree it will be a nice little feature to help the little people spread the word.

Yes, dedicated Youtubers may have their preferred methods, but out of an already tiny community, that’s going to be a miniscule number of people! They can still reach their audiences, but this helps the average Joe (like me - and likely the majority of the player base, who don’t usually record) show something other folk might not!

The more people we can get showing “This Is Great!”, the better.

The video sharing feature is something we really want to support however the question of when we implement it has not been decided yet. In fact it currently isn’t even scheduled as the soonest it could be implemented would be after the Alpha is released. It’s something we’re going to play by ear so could very well not be implemented until after the Beta is released though our current belief is that it would be better to have it available at launch of the Beta since that’s when our marketing push will truly begin.

Many of you seem to be automatically assuming that any marketing effort on our part, including the video sharing stuff I mentioned, will be at the expense of the gameplay.

No, just at the expense of time, time that could, IMO, be better spent on gameplay & performance, the improvement of which will have a bigger positive marketing effect than even the most perfect built in video system.

The game has incredible potential to do that. Heres a couple of things that could be done with the engine:

Weird celestial constellations like planets that are really close to each other (screw realism, let us set the planets position in the xml): 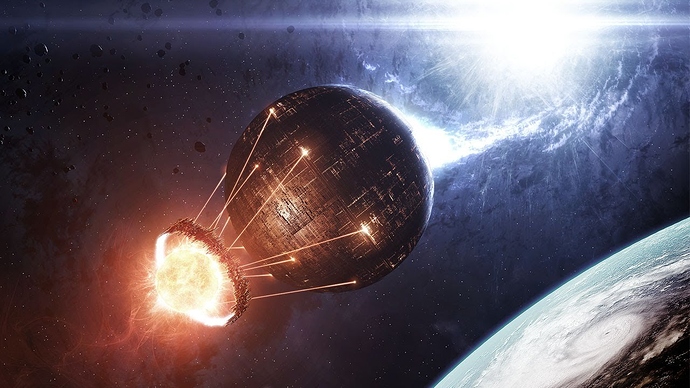 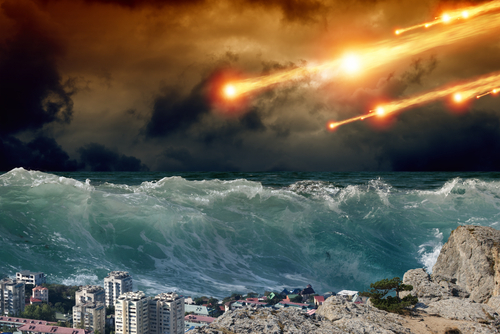 And of course huge space battles! (thats what we are here for)

Its not a big leap to make the conclusion that with you guys on a tight budget time spent on marketing features will means perhaps less time for love and care elsewhere. It’s rather silly not to make that conclusion, really. Also, perhaps you’ve gone too deep into the “having a good game does not guarantee sales” line of thinking, it’s fairly rare for a truly good game that also ticks the boxes of depth, replayability, uniqueness not to gain attention, especially multiplayer where people are encouraged to get their friends to play with them.

A player is more likely to be interested in setting up shadowplay for all their games than they are a custom recording feature they need to set up just for one game, your target demographic isnt “random first time computer users” either, it’s people who have a decent pc and and at least are probably interested in a newtonian space game with procedural tech. You’re going to need to continually support this feature as time goes on and it’s going to need it’s own configuration options if you plan to do automatic upload, and if not then your going to need to figure out a way to prevent accidentally filling up people’s harddrives with video footage then decide whether you want to save them to some hidden folder somewhere which requires looking up to even find or save them to the desktop where maybe people on SSDs dont even have space for video footage or keep accidentally pressing and getting spammed with clips.

additionally shadowplay requires very little configuration and is very low impact and more importantly is maintained by a big company with resources to do so, im actually surprised it used 30% of your cpu ever, that isn’t consistent with benchmarks where it uses nearly none. Then again, windows 10 keeps breaking things with it’s updates and a quick google seems to source the problem to a mandatory windows 10 update sometime in early 2016.

What i would love to see from the Marketing department, given from what ive seen other games did in the past. Im sure you already had this in mind and the only roadblock is actual time and money.

That’s why creating at least the gameplay foundations is critical before making any presentation of the game, be it through video spotlights or in game conferences like PAX.

Why? Why must you wound me so?

And what if you have an AMD card? What if you’ve never heard of ShadowPlay and have no idea how to use/configure it? How do you propose we acquire that large, active playerbase?

There is this Awesome thread in this awesome forum.
There is awesome stuff in it … mostly …sometimes… .

Awesomes of the Internets General

its not much awesome, nor much news(missed it when it came)...but its good to know for certain folk. AMD finally have its own video recording feature similar to nVidia shadowplay It is called: Radeon ReLive. You no longer need any 3rd party junk like before (play tv) it is controled directly from radeon settings menu. Nice job AMD better late then never

But if you want to implement some nice camera angles and fly-by (how does one write it in plural ?

) or free look spectator mode …that all might be useful in the future. Sure thing.

But i agree with others don’t beat yourselves over recording.
Please focus on game mechanics first. We can play with cameras later when we have footage to record.

About that con-thingy. I think it is actually really good idea to gain some attention. Provided you will have game ready to show it.

Men of War Assault Squad 2 has built in video recording but people generally use their preferred separate recording software.

What other games to people know of that have built in recording?

The X-Plane Flight Simulator has built in recording and screenshot functions.

[EDIT]
I don’t use it as I have the Elgato Game Capture HD which I prefer.

What kind of recording are we actually talking about?
True encoding of the video
or
Recording of positions and inputs, when saved and takes few kb of disc space. And could be replayed in engine?

Pretty sure they’re talking about doing both but it’d be good to have confirmation @InovaeKeith @InovaeFlavien.

The reason I think it’s both is because just video recording wouldn’t involve the networking layer:

In fact part of the reason the networking has been taking so long is that Flavien has already spent a considerable amount of time on the playback system.

…Whereas I could understand a server side playback recording system being tied to the networking.

Actually I haven’t spend that much time on the playback system itself ( which is already partially implemented, and was relatively easy to do so ); what I spent a considerable amount of time on is ECS (entity-component-system) for performance/gameplay and the new networking ( which is intertwined with the playback system ). All of that is done in a separate branch of the code ( so that we can continue releasing patches meanwhile, like the latest 0.1.7 ).

As the playback system is intertwined with networking it cannot be retrofited later on, which is why it’s already in the works. The video-recording however has no immediate dependencies and is of much lower priority. We’ll only work on it after we’ve figured out more of the gameplay and get closer to the beta.