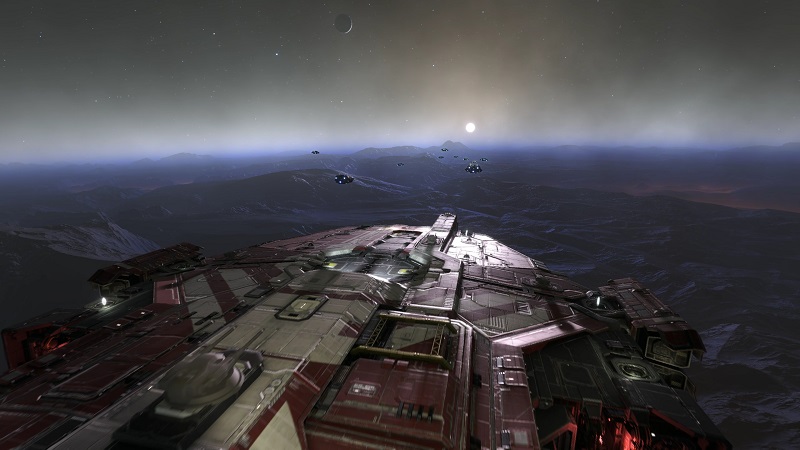 Hey everyone, it’s been a pretty crazy launch into Early access so far for us with a lot of work, but that was obviously expected. We appreciate your patience as we are resolving the most urgent issues as soon as we humanly can ( keep in mind we’re just a handful of developers ).

Most of those issues are now fixed, which isn’t to say that everything is perfect; we’ve identified a larger number of urgent bugs ( some balance-breaking, such as abusing ramming ; some just causing pain and frustration, such as the never-ending missiles ).

We’ll be patching the servers in an hour or two ( in a staggered way, to avoid disrupting online players ) with a lot of fixes. Another client patch will follow next week, probably on thursday, and from now on we’ll try to keep a regular update pacing by patching the game every thursday ( with possible hotfixes for urgent issues ).

A lot of people have been asking for our Roadmap in the short and long term. While we can’t make exact promises on the date at which these things will be delivered, here’s what we have been internally discussing and what we’ll be working on in the coming weeks and months.

Our immediate focus will be on technical support, and helping players that have technical issues playing the game. Some people have had connection issues due to routers or firewalls; others have their game crash, due to gpu drivers, non-standard paths and a variety of issues that are pretty common to Early access launches.

Once this is done, we’ll be shifting our focus back on the game itself. This is what we are looking at:

Long term ( Next year, but before the full release )

Note that one important feature is missing from this roadmap: side missions. It’s a tricky one, because it’s important to retain the player’s attention, but it requires a lot of work and will not delivered as a single feature in a single patch, but more progressively as we improve the system over a long series of patches, over the entire next year.

We haven’t fully decided how far we want to go with side missions. At the very least we want to offer escort / attack missions, assassinations / bounty hunting, or things such as scavenging. Some of these missions could have conflicting objectives with players on the opposite team, which would in fact turn these side missions into “mini-game modes” naturally integrated into the game. We’ll see exactly how far we can go with this, but keep in mind Battlescape is warfare focused, so you should not expect things such as trading or mining.

That’s it for now - if you have more feedback, just let us know on the Steam forums or on the I-Novae forums. We still have a long road (map) ahead of us, but your support is appreciated. Thank you !

The launch indeed went smoothly overall. Considering there was no marketing at all for the game.

Seems like a very optimistic Roadmap for one year, more so when most of it is programming oriented. Knowing that there is only programmer working on the game itself, I hope the earnings from Early Access launch will allow Keith to work full-time and at least help with the minor issues to relieve Flavien’s burden, or perhaps even allow the hiring of another programmer.

This is great news! I backed early on the Kickstarter, but this will be the first time I’ll be loading up the game to play. I’m very excited how far the project has come (from lurking forum posts and watching updates).

Small nitpick. The games title is not written consistently everywhere: